The spread offense is all the rage in football today.  Modern defenses have come up with sophisticated ways to stop the spread offense. Many teams have combated these defenses with more traditional type formations and sets.  Teams use double TE’s, TE/Wing and a fullback look to take advantage of these new modern defenses.  What if you could combine both sets into a single offensive system allowing you to gain an advantage over anything the defense presents?

The way we merge the Single Wing and Spread is to run the same series between formations.  Optimally we would like to use the same personnel so we can shift between formations not allowing the defense to sub in bigger defenders.  Most of the time the defense opts to play their pass defense and not a short yardage front.  This gives us an advantage as we can get more people to the point of attack then they can defend.  It also gives us options to see what system gives us a better advantage! We use the same rules and schemes in both formations systems to streamline learning time.  Another advantage is multiple players can be the QB in the Single Wing giving you many game time options and optimizing practice time.

We use a four WR set with base formations of Spread, Trips and Empty. 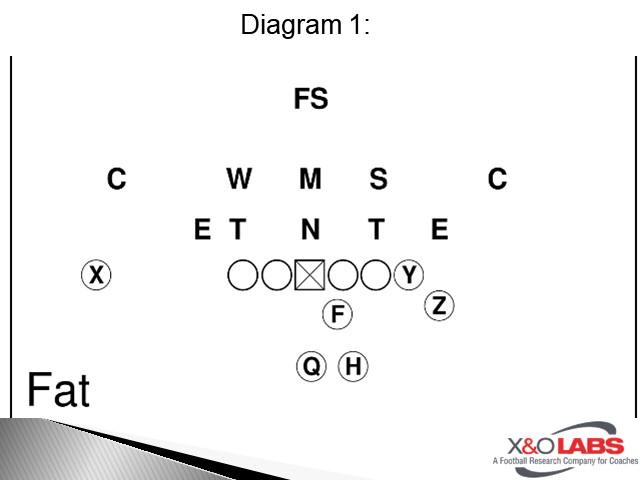 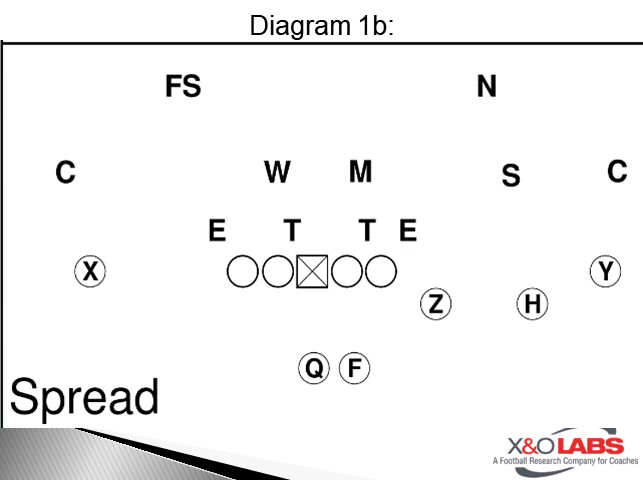 We have been an under center four WR offense since 1990 and went full-time shotgun in 2000.  We had run the Power I as our goal line offense for many years.  In 2001 we had a great running QB and we were figuring out ways to get him the ball.  So, we brought in a true FB in the backfield and started running I back type plays to the QB.  We then tried to figure a way to get the Power I into the offense and moved 2 FB next to each other.  During this time a team in our league played a Single Wing Team and I noticed we could run our double FB offense from a balanced set.  We introduced it in the 2001 season and called it Jumbo.  One of our player's mothers asked me when we were going to run those plays were, we bring in all the "fat guys" and hence the name was born.

Searching the Internet, I found the Single Wing Forum on Delphi and discovered Steve Calande was running something similar called the BEAST.  The only difference was he was running 3 FB's where I had 2 and a Wing.  Later on, I found out we were both running versions of the Yale Formation from the early 1900s.  It's amazing how 2 different coaches from opposite ends of the country came up with a similar formation and plays, never knowing about each other’s work until they were finished?

We use a three-play series of a QB Sweep, Roll Out Pass, and a Wing Counter. 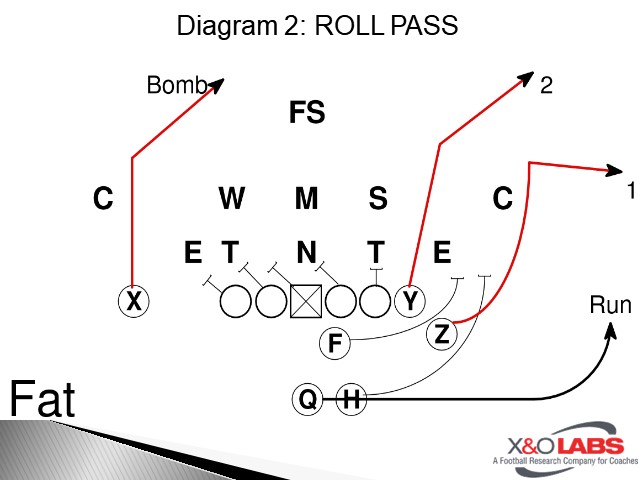 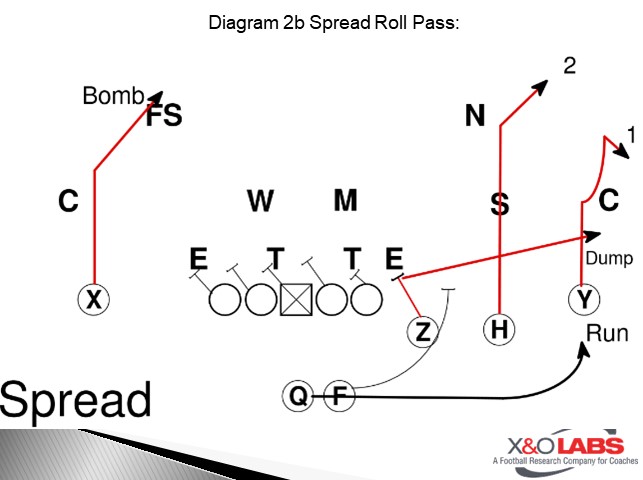 The Roll Out Pass is a moving pocket where the QB will break contain and read the CB on a Hi-Low Concept. We can also tag other concepts like Flood, Smash and Curl to this play.  The Line is in turn back protection blocking to the gap opposite the play.  For example, Roll Right, the linemen block left and vice versa.  The RB sets the edge by running at the DE and takes over the block from the chipping #3 WR.  In Fat, the TE will chip as the Wing is the primary WR.

#1 15 Yard Fade Out (Fade at 7 comebacks to sideline at 15) in Fat the Wing runs a Wheel Out as he is tighter in the Formation.

QB breaks contain like Sweep and his first read is Fade-Out all the way.  If the CB jumps the out the QB hits the deep corner route.  If the QB is not open or he gets pressure he can dump to Flat Route or run the ball.  If QB breaks contain and sees open grass for more than 10 yards run every time!