At Forreston, we have run the double wing offense for over 90 percent of our total snaps. When our program needed a switch-up, our kids’ mentality did not lend us to choosing a more traditional adjustment within wing T circles. Traditional wing T teams look to overload their lines with a tackle over or heavy backfields. We have seen other programs use these strategies effectively, but we believed those sets worked because of a hard-nosed, wrestler type team attitude. We play these types of teams in our conference, and when we tried to imitate that style it rarely worked, and at times felt like we were defeated before we even ran the play. Instead, we decided to replace our FB with a WR type player and put our QB in gun. We have been able to keep our blocking assignments simple, but still add a new dimension to our offense by making our QB become the FB and add an outside threat to our traditional Jet Sweep, Jet Trap, Off-tackle series. 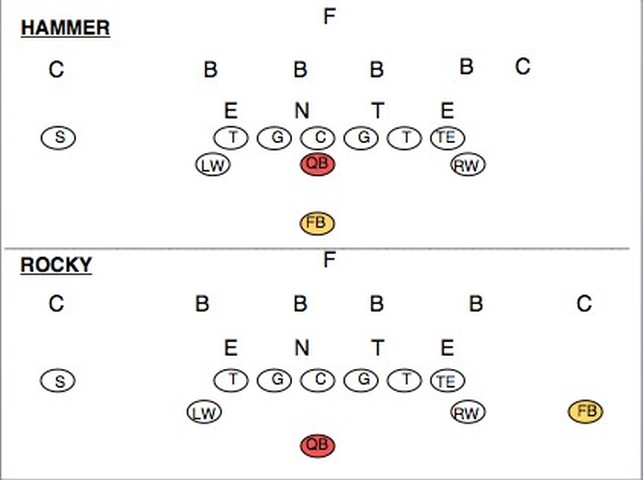 When the opposing front 7 is stuffing our trap and off tackle plays, and the secondary can run with our jet sweep, we (like many Wing T teams) have struggled to execute a consistent answer with the passing game. We find that the pressure good defenses use to combat our run plays also creates havoc on our slow play action game. We needed an answer that met the following criteria:

For the purposes of this report, I will not break down our base plays but simply show how the base plays can be run from both formations.

We addressed the shotgun and under center concern by marrying our plays in both styles. We did not create two offenses. We just created two ways for the QB to initiate the play. To avoid a change in mentality, we practiced our gun segments and under center segments interchangeably throughout the season, week, and practice. One style was not our tough style and the other our finesse style. Instead, we coached, practiced, and executed the two styles as much as possible as “2 sides of the same coin”.

To avoid negative plays, we increased the amount of total snaps between center and QB
throughout practice by using a no-huddle system. We stressed getting the ball out early on a pass and having the QB run rather than force a tight window.

Trap From Hammer vs. Rocky Formations 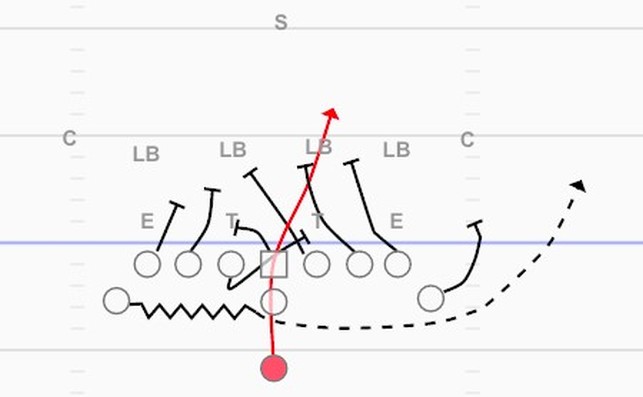