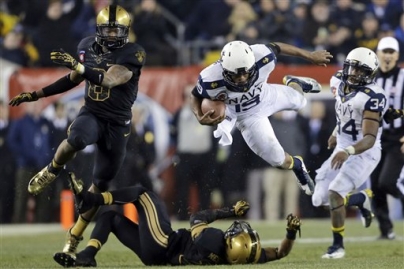 In this case, we will present our research on some of the varying blocking techniques coaches are using to block the midline and veer concepts.  Like many other option principles, the core roots of the blocking system are sacred and we’ve found the majority of coaches still abide by those rules.  But as the system continues to develop, there is a faction of coaches still finding ways to tweak some blocking assignments to get the most production out of the offense.  It was our intent to find those coaches through our research and present what they are doing differently.

But before we do that, we felt it was important to convey the grass roots of the system and there is no better way to do that than to give attribution to the Naval Academy, one of the forefathers of the option offense.  The Naval Academy started its option premise on a count system, one that basically entails reading number one and pitching off number two.  For all intents and purposes, those numbers can change based on the scheme- midline or veer.

In the midline option, those numbers are as follows:

Number 1- The first level defender in the play side B gap.  Or as some coaches referenced it, the down lineman touching the Guard.

Number 2- The first or second level defensive player outside of number one.

Now, truth be told, the midline scheme is usually a double option concept.  The facts is 55.8 percent of coaches rarely or never use the pitch phase in midline option.  Only 35.2 percent of coaches will use it sparingly.  But we have found coaches that do utilize a midline triple concept and we will present their ideas later on in this case.

In the veer or triple option concept, the numbering system is as follows:

Number 1- The first level defender in the play side C gap or as some coaches referenced it, the down lineman touching the Tackle.

Number 2- The first or second level defender outside of number one. 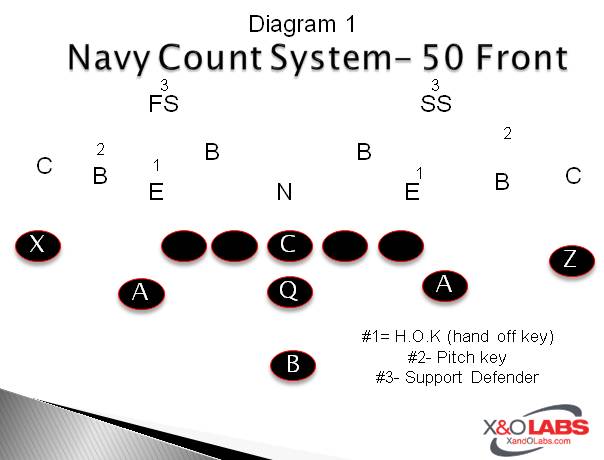 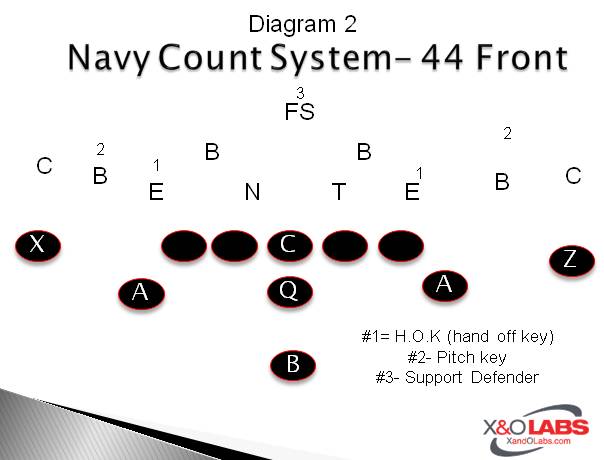 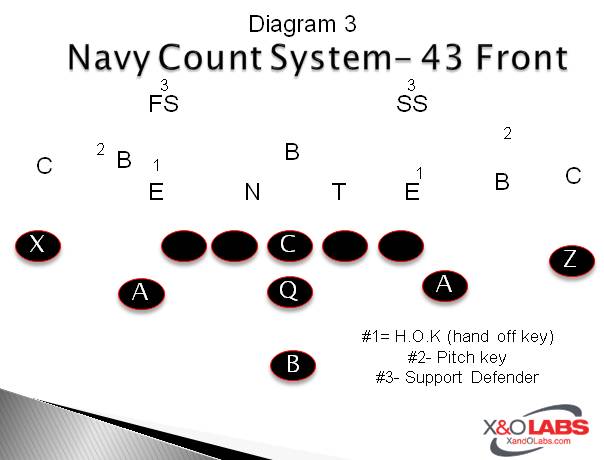 Option football is synonymous with large line spits and reason is simple- they want to gap you out as far as you will allow them to.  This opens up run lanes inside for the dive back.  In fact, our research has shown that the majority of coaches- 54.5 percent- choose to use three-foot splits along its front in the option game.  Only 18.7 percent of coaches use the traditional two-foot split layout most common among offensive lines in other systems.    Rob Harris, the head coach at Broadneck High School (MD) actually will expand his offensive line splits up to 3.5 feet depending on the concept.  “ We run 56 percent of the time and throw 44 percent and only gave up 14 sacks this year with these splits in 11 games,” Harris told us.   So the benefits of wider splits not only help in the run game but in the pass game as well.