The I Option Attack

Editor's Note: Coach Maddalon is the offensive coordinator at Old Bridge High School. This past season, the Old Bridge Knights finished with an 8-3 record including a semi-final birth in the state playoffs.

When I joined the coaching staff at Old Bridge High School in New Jersey seven years ago, I was predominantly an I-formation guy. This was the offense I played in high school and ran when I coached my old high school team during college. I never really understood the concepts of "veer" and "triple" because none of the teams I was associated with had ever run them. At Old Bridge, however, I quickly became familiar with the triple option philosophy and its effectiveness.

What I saw at Old Bridge was a number of teams teaching their defensive ends to "bomb the mesh" and keep the offensive tackles/tight ends off of their scraping linebackers. Some teams were better at it than others. The well-coached teams were able to contain the option, and that left the traditional wishbone/flexbone team to answer with the "rocket toss sweep" or play-action passes.

For years I asked myself this question: "Why can’t we run the triple option from the I-formation?" By combining veer and midline with ISO/power/counter trey, an offense can really mess with the head of the defensive end. In 2011, we transitioned to the I-option attack and it paid off dividends.

In the traditional wishbone/flexbone option attack, most even-front teams played the option with the "squeeze and scrape" philosophy. 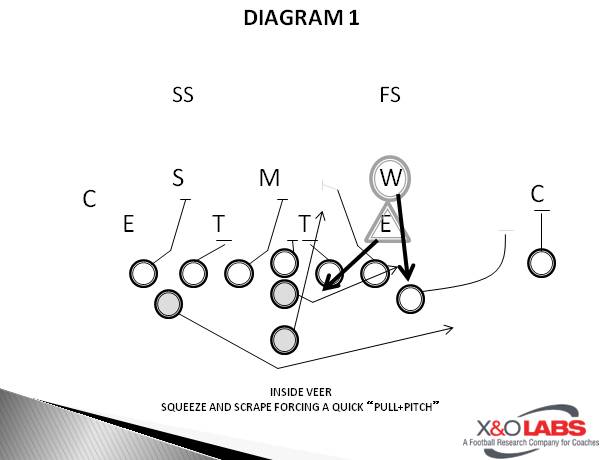 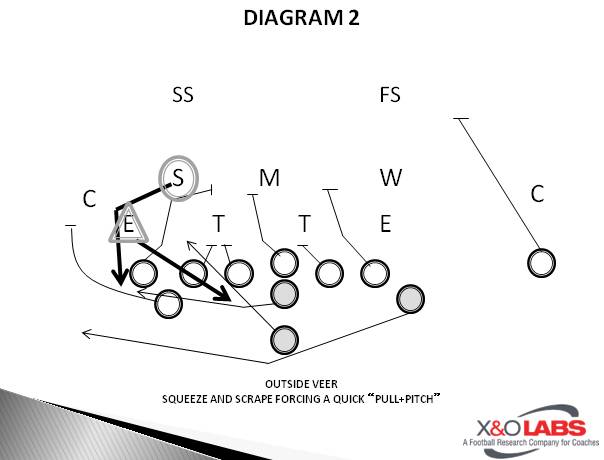 Even when we ran midline option (reading the 3-technique, double option), many teams decided to teach the defensive ends to slant hard inside and have the linebackers scrape for the quarterback, bouncing out a hole wider because of the slant-end. 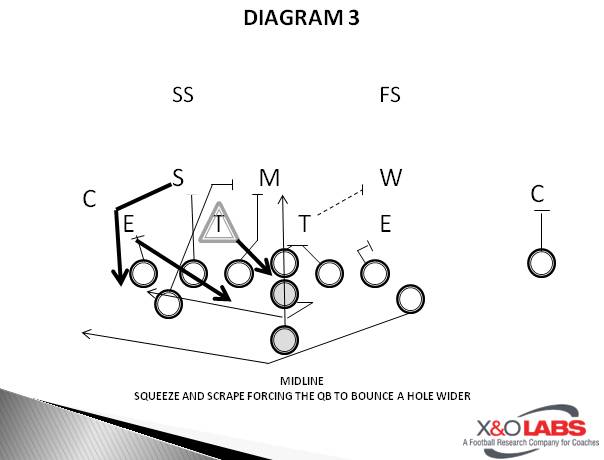