Running the Veer Option With A Gap Mindset

In the years leading up to my last season at Lincoln, we were primarily a 20 personnel Pistol team that ran power, counter, split-zone, and buck sweep variations. Going into the 2017 season, we knew that we would be greatly undersized but still very athletic on offense. For that reason, we adopted more veer option concept going into the year. The thing that makes this offense unique is the ability to read any defender that we feel is a match-up problem for us on the line. It sounds difficult but all I am trying to do is fool that 15-17 year old on the other side of the ball and we found it to be rather simple.

We really want to run Bama to an even front whether it’s a 4-3 or 4-4. Odd fronts can be a little dangerous because of the threat of a Hot #1, and #2. In a perfect world we would really like to attack the A-Gap defender, but it’s not the end of the world if we run it to a 3 technique. 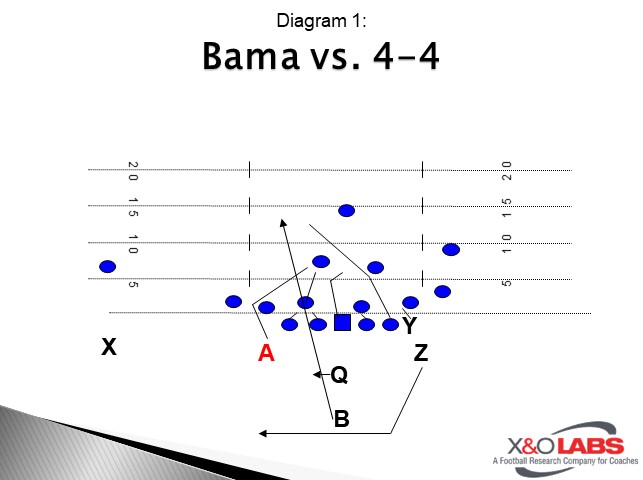 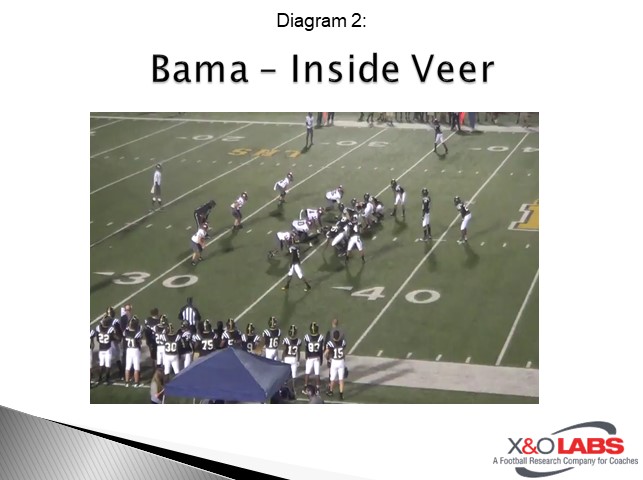 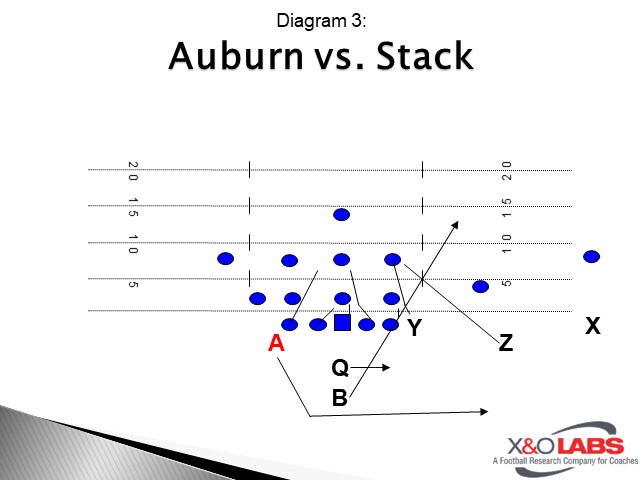 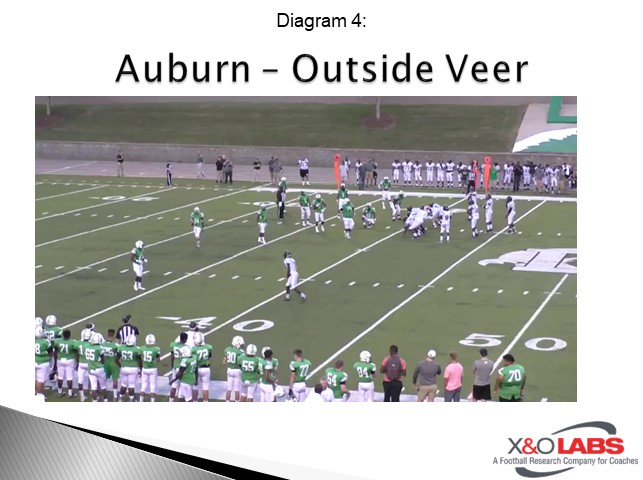 Back Side Tackle, Guard, and Center: Scoop

Play Side Guard: Double to the backer.

Play Side Tackle: BD (B-Gap Double Team to Backer). Against a 4i he will make a “loop” call.

Tight End (If applicable and play side): Veer release to the backer.

QB: Bama footwork is simply flipping hips to the side called. The dive key is the first man head-up to outside the play side tackle. The pitch key against a 2-high safety look is the stacked LB. Against 1-high looks, it is the Force Player. His Auburn footwork is 1 big step to the side called. On Auburn, the only change we make is our dive key. The dive key in outside veer is now the last man on the line of scrimmage. Note that we want to “give, unless” meaning give it unless you are 100% sure you can pull it.

A-Back: Pitch relationship is 4x2, meaning 4 yards deep and 2 yards from the QB