As someone who was raised on the Split Back Veer (SBV) from under center, I am what you may call an “option purist.” I ran SBV as a quarterback for four years and coached it for another five. Combine that with the time that I’ve spent studying and coaching the Flexbone Triple, and you’ve got a coach who’s pretty set in his beliefs. With that said, I also understand that any coach worth his salt knows that he has to evolve as the game evolves.

When I was hired to my current position, I was expected to be open minded. Our offense combined the traditional Flexbone Triple with Spread concepts. As part of this scheme, we would put our quarterback was in the short pistol, 2 ½ yards from the center. The reason for this being that having the QB closer to the center than a traditional Pistol formation allows us to align our fullback so that his hand is on the ground at 5 yards depth. I was initially curious to see how the timing of the snap, the mesh, and the point of attack all worked in synchronicity.

While I was skeptical at first, it was easier to buy in after seeing the big picture. Here is a list of the ways that we feel we gain an advantage using the short pistol: 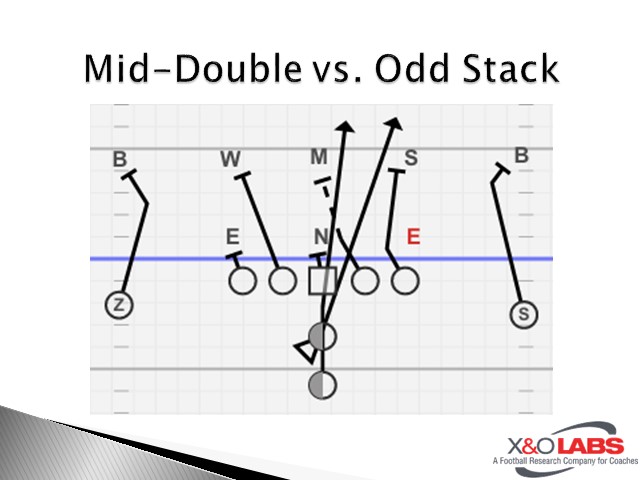 For the quarterback, the teaching progression starts with catching the snap. In the short pistol, the snap resembles that of a shotgun snap with some minor differences. We teach our center a two-handed “flip” to get the ball back to the quarterback. He turns the laces to match the handedness of the QB and flips the ball back aiming for two end-over-end revolutions. The QB begins his footwork while catching the snap. His eyes go through the ball to the dive read.

I teach simple cues to help our QBs learn muscle memory as quickly as possible: