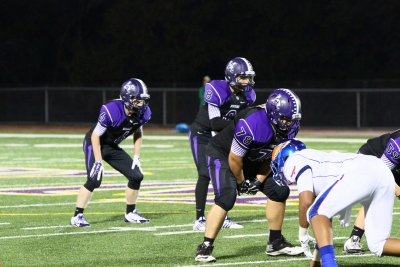 The jet sweep has been a big part of our offensive package for years. As teams become more accustomed to how we ran the play, they began to use running back alignment and the paths of the offensive linemen to get a jump on our jet sweep. Since the jet sweep is a fast flow play, they were now more quickly getting to the outside on us with fast flow from their linebackers and decreasing the effectiveness of the play.

As a tendency breaker, we began running jet motion and then running zone read back away from the motion. This allowed us to offset the running back and give the defense all the keys they would get on jet sweep, but then run inside zone instead. We are able to run jet sweep with inside zone blocking up front as well. This became an extremely effective way for us to run the jet sweep as there were no fast flow keys for the defense. As a result, the linebackers stayed home which allowed our jet back to get the edge. The third phase of the play is making the jet back our “pitch” man in our triple option scheme. We can either throw bubble to him, or throttle him down and pitch it to him.

In this base concept, when we call give we are saying that we believe based on alignment or personnel that the jet back can out run the 5 technique (Diagram 1) for at least 5 yards. The offensive line will block inside zone away from the jet sweep. 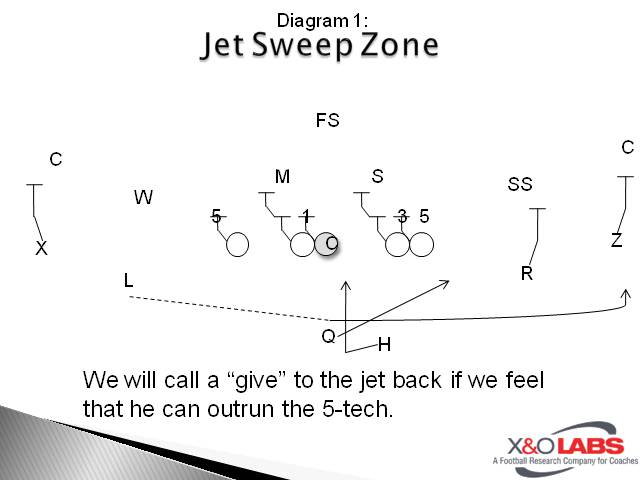 To watch this concept in action, click on the link below: