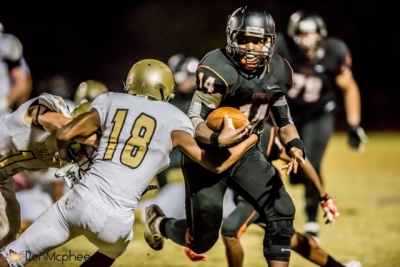 Early on in our season in 2014, as an offensive staff we had to make changes to our offensive scheme and personnel. We noticed we were developing running back depth and several of these backs showed they needed to be on the field more and together. We decided to package and run our offense out of three-back personnel for the rest of the season. In our three-back personnel, we identified them as A, B, and H. The A-back was our primary running back. The B-back was more of a second running back, but also could be moved around and play slot receiver. The H-back is your traditional utility player that many teams are using; he blocks well, runs routes and catches the ball, and at times, even carries the football. The keys for this personnel grouping - they had to be athletic, smart, block well, and have good ball security.

Why the Triple Option?

For us, we had to create plays in our offense that could take advantage of our personnel. That means a QB who is a good runner and the depth we had with running backs. We wanted to have more read options built in to our offense and be more versatile, but still keep our offensive blocking schemes simple for our offensive line. We had several dual option reads in our base offense, but we thought going to triple option would both allow us take advantage of our personnel and provide something for our opponents that they wouldn’t see as much of during the season. We strongly believed this would give us the best chance to succeed and win more football games.

We basically ran two formations with three-backs in the backfield – Diamond and Navy (Diagrams 1 & 2). The Y receiver is to the strength, and the X is away from strength. The B-back went to the strength side and would align in a wing position or in off-set gun depending on the formation. The H-back was our adjuster. It is very important to understand, in our offensive scheme the type of run play called dictates how our A-back and sometimes our B and H-backs align. 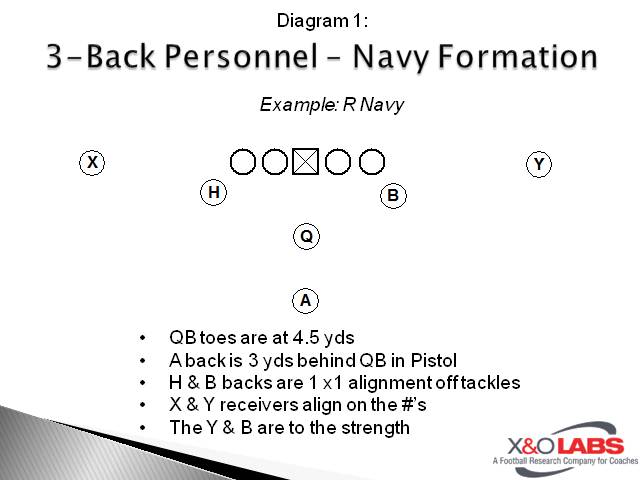 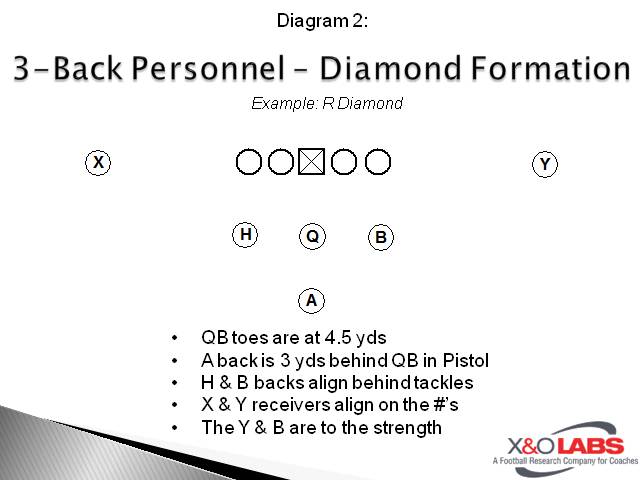 The alignment of our H usually dictated to defensive strength they made and we will game plan this as we prepare for the week. His stance is that of a RB – two point stance, hands on thighs.  We have four main alignments we like to use for our H: Sling, Wing, King, and Queen.

Sling tells the H to align in a 1 x 1 alignment off the tackle (or possibly TE) to the strength of the formation. For example, in Rt Diamond Sling, the H would align to the right side off the right tackle. 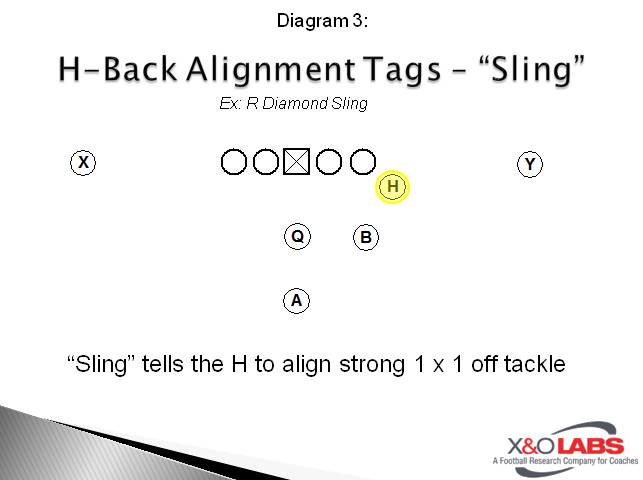 Wing tells the H to align 1 x 1 off the tackle away from the formation strength. For example, in Rt Diamond Wing, the H would align to the left side off the left tackle.