In the 2017-2018 offseason, we decided as a coaching staff that we needed to go in a different direction offensively. I had just finished my first season as the head coach at Francis Parker and to say that we struggled to move the ball would be putting it politely. We couldn’t drive the ball, we hardly made any explosive plays, and our team only scored over the 20 points twice in 10 games. While some of that could have been attributed to a young team, the reality was that we had done a poor job of putting our players in the best position for them to have success.  This report is the 2nd of two and starts with the 3rd and 4th defensive adjustments to stop the offense.

DEFENSIVE ADJUSTMENT 3: DL SCHEMING TO TAKE AWAY THE FULLBACK

Since the Inside Veer play is one of the staples of the offense, another one of the more common defensive adjustments that we will see is teams aggressively pinching and slanting their defensive line with the goal of eliminating the fullback as a ball-carrying threat.  There are several different thoughts as to why this is an effective strategy against the flexbone.  Among others, this tactic will put the ball in the hands of the quarterback much more often, giving the defense more opportunities to hit him when he disconnects and declares himself as a runner.  This also enables 2nd and/or 3rd level defenders to pursue faster, as they know that the DL is eliminating the dive phase of the triple option.  When the defensive ends are squeezing, you will also see the linebackers and free safety running the alley much more aggressively.  This is similar to the gap/scrape exchange technique that has become a popular way for defenses to defend the shotgun zone read. 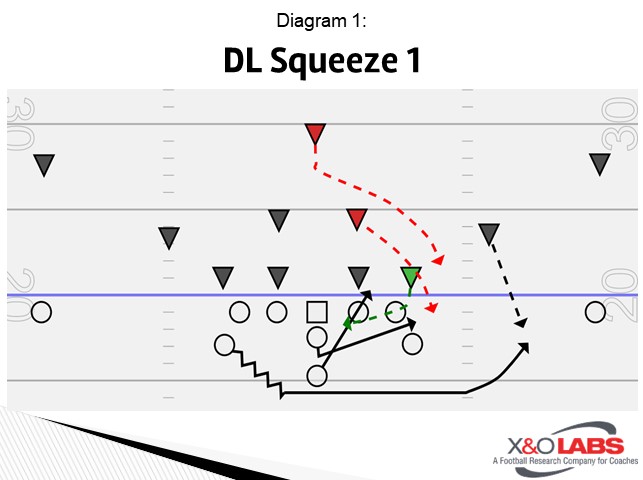 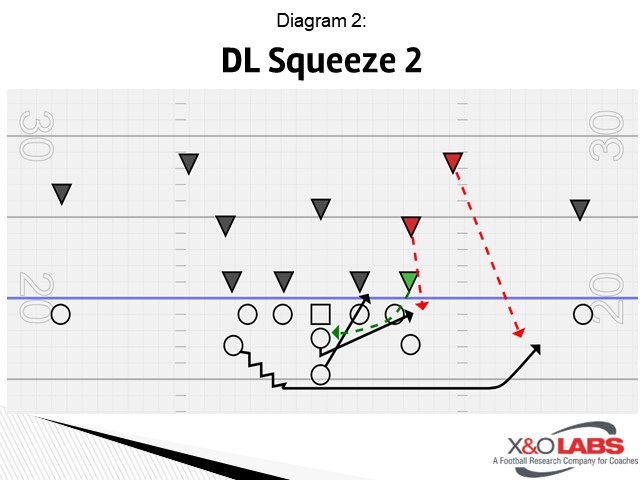 As a flexbone offense, we are resigned to the fact that our quarterback is going to take some hits.  More than speed, quickness, arm strength, or even decision making, I am of the belief that the most important quality that a flexbone quarterback must possess is toughness.  If your quarterback is not a legitimate threat to carry the ball, it will be difficult to sustain any success in this offense.  We never want to give the defense the opportunity to repeatedly tee off on him. The easiest way for us to accomplish this when the defense is scheming to cancel the dive is to either displace or block the defender responsible for playing the quarterback phase of the triple option. 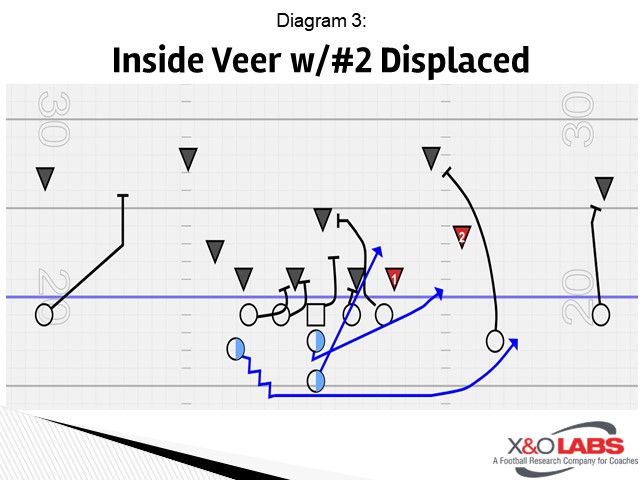 Here we have moved our playside slot from his traditional wing alignment to that of a true slot receiver (you can also do this through personnel substitutions as well depending on the skills of your players).  This forces the #2 defender to widen his alignment, giving the QB more time and space to make his decision to keep or pitch once the DE tackles the dive. 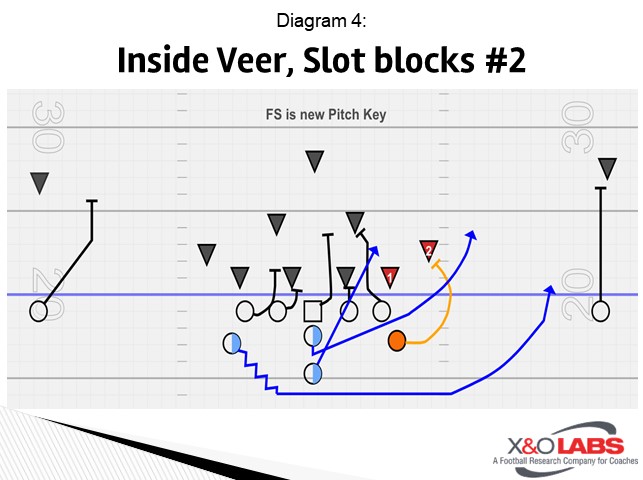 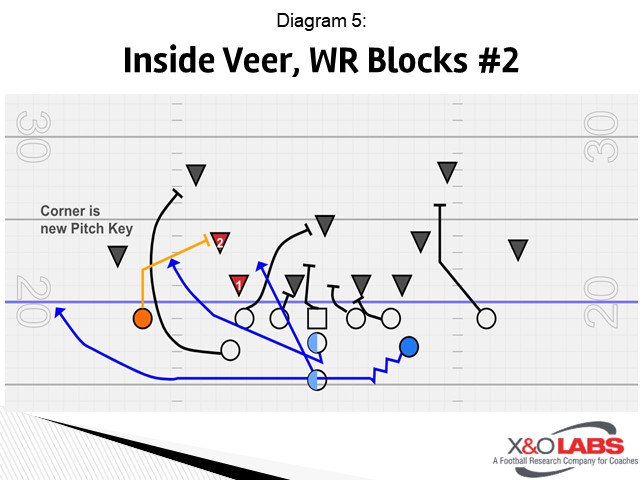 The other tactic that we will use is to block the quarterback player and ID another defender to read as our pitch key.  We can do that with either our slot (Diagram 20) or our wide receiver