When I came to Southern Virginia, a small, liberal arts college competing in NCAA Division 3, they had just finished their 2nd season out of NAIA with a combined 1-19 record. The initial roster of 27 including just 2 seniors. We knew we had work to do! Our offensive staff has had great success running the triple option throughout our careers including multiple FBS and FCS post-season appearances, four High School State Championships, and over a dozen region and conference championships. We are schooled by the traditional rushing powers of Navy, Army, Georgia Tech, and Air Force. However, we enjoy seeing the new wrinkles these past couple seasons that New Mexico, Jacksonville, Davidson, and others run with great success. The triple option is not fading, and different variations can be seen throughout all levels of football today.

What I will convey in this report is how to marry the two to help your staff and players make the change in presentation without changing many rules. This will allow for teams to add RPOs while keepi­­­­­ng the core foundation of the triple option.

The traditional under the center triple option is not a week-in and week-out offense. It requires the defense to be fundamentally sound and play assignment football where one small mistake can lead to huge chunk plays and demoralize a sound game plan. Many teams will invest part of their spring practice AND their fall camp to install their “Option Package” for the one game they face a triple option team. Even then, it is hard to simulate a full speed option attack that will be seen on game day.

Our base play is the Triple Option under center. 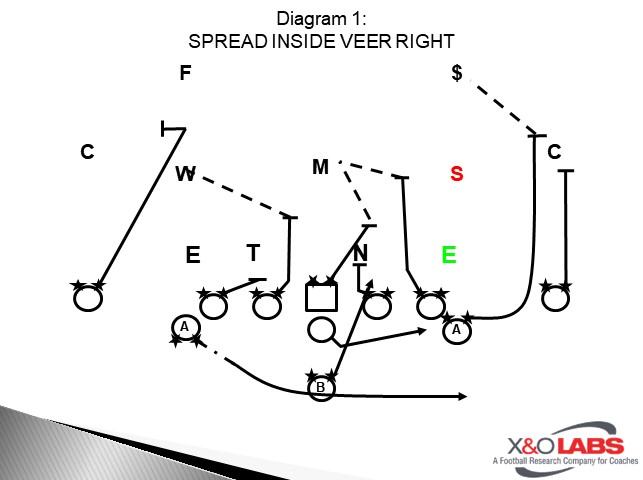 I will not be getting into the nuts and bolts of this scheme.  However, the foundational keys to our offense are: 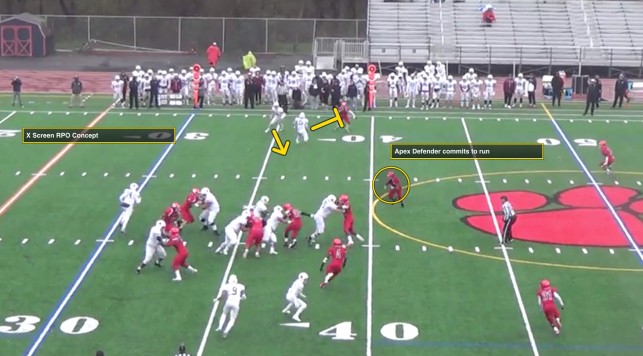 When teams load the box or we want to throw a curve ball, we go to our Pistol Zone Triple Option.  Shown here against an even front. 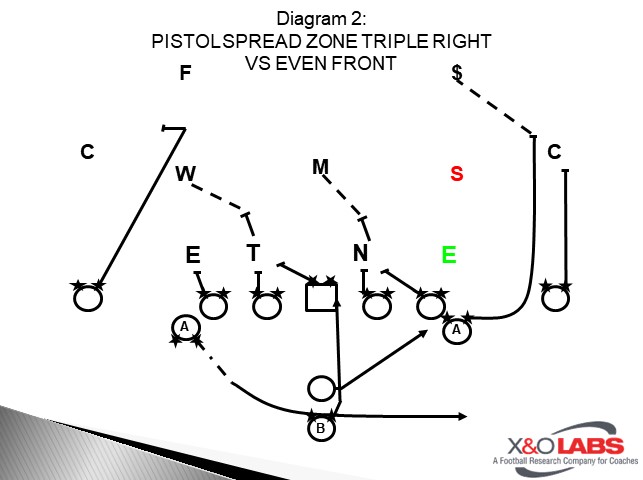 With our use of a dual-threat QB, putting him in the Pistol is a no-brainer. Because we begin by teaching the traditional triple option under center, the QB is already proficient in reading defenders and making quick decisions for the dive, keep or pitch. By putting him in the pistol, we increase the time and space he has to decide while opening the door for RPOs.

One hurdle that comes with putting the QB in the pistol is how to simplify the mental load. We have done this by making a majority of his reads, techniques, and footwork similar if not the same as the majority of the under center run game. The same goes for our OL and skill positions.