A potential issue with the double wing is it can be difficult to stretch outside effectively. Different double wing coaches believe different things on this subject; however, I believe it is necessary to stretch horizontally to the sideline from time to time or a defense can make it very difficult to consistently run off tackle throughout a game. Defenses love to compact the double wing, routinely putting many defenders in proximity and sometimes only leaving a defensive back outside of a 9 technique. In these situations, it is absolutely imperative that we take advantage of the situation and make a defensive back play run defense. During the 2017 season we began to stretch the defense and force defensive backs to play consistent run defense by running the rocket. We built on it by implementing formations to confuse the defense by moving players to new alignments (with simple rules) and shifting to unbalance formations to keep our rocket fast and effective. 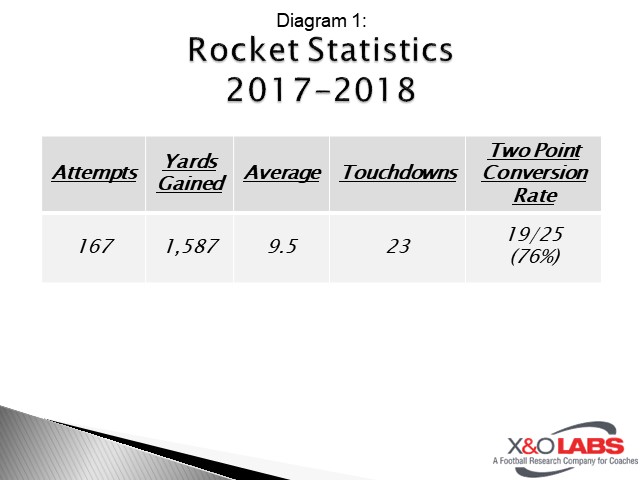 Rocket, with the rules described below, can be very adaptable to almost any formation. The defense now must defend the double wing power and potentially being outflanked by the rocket at any time. Rocket is the play every double wing team needs, in my opinion, to take their offense to the next level. 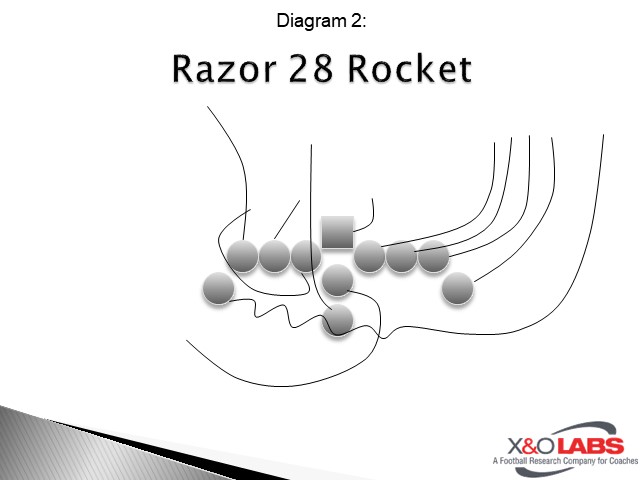 Within our double wing system, we use two primary motions. Motion #1 is called rip/liz and is our power shuffle motion. Motion #2 is razor/laser and is our sprinting rocket motion. Each motion paired with its core play creates a system of plays for us. For example, in our rocket series we run rocket, trap, G, counter, and a play action series all with the razor/laser motion and similar actions to some degree. This simple step of creating a rocket series has allowed us to effectively double our playbook without any extra offensive line learning. The rocket will be outlined below with rules and additional film cut-ups.

The rocket play itself is our easiest play to install because of the simplicity of the way it is run. It all starts with the motion. The wing in motion must always sprint to sell the fake or to run the play effectively. His path is directly through the butt of the fullback/B back (who is lined up in the sniffer behind the QB).  This motion has developed a very distinct influence on the defense. We usually either receive a hard-defensive backfield roll to the motion or a very definite attack from the outside (force) defender to the rocket motion to turn the play inside immediately. If neither occurs, it is very difficult for the defense to slow down the play. Once the motion disappears the QB will call for the snap and the wing should be behind the play side tight end when receiving the toss. The QB should open to the wing receiving the toss, step to him, and basketball pass from his chest to the wing. This toss will travel sometimes 7-8 yards in a fast and tight toss. Once he tosses, he carries out a boot fake to the backside. 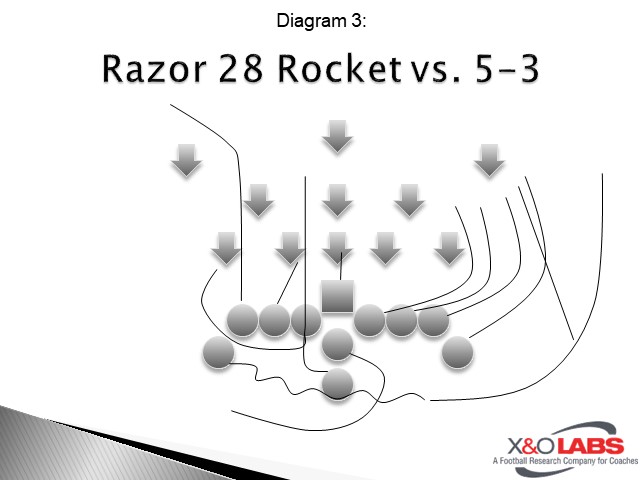 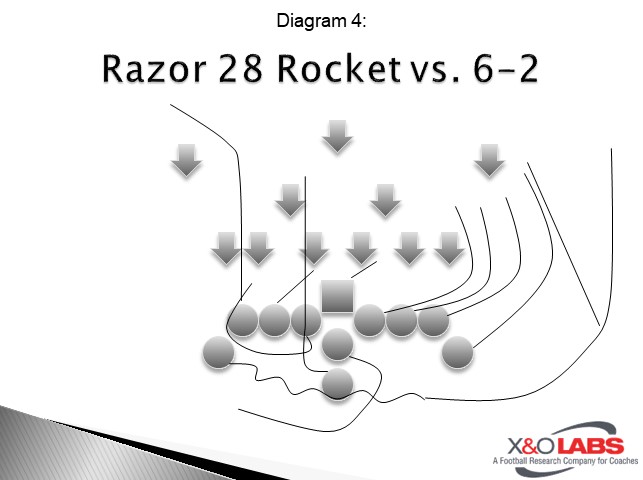 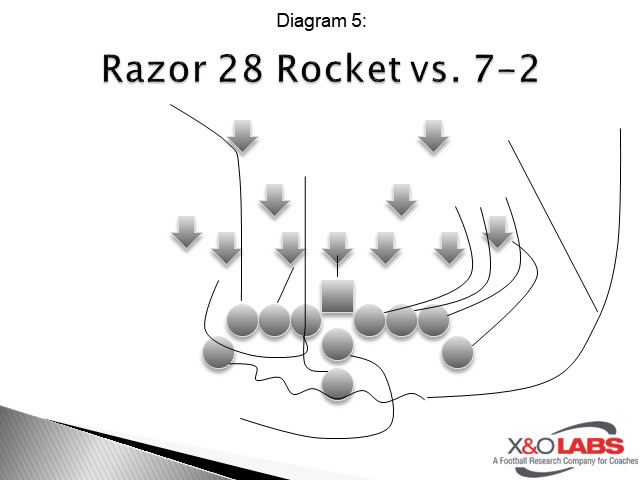