Teams at all levels of football incorporate some sort of option or read route. Based on the depth, leverage and coverage of the defensive back, the receiver can choose a specific landmark to hit on the field. The QB and his receivers know through practicing routes-on-air and building chemistry, how to attack the field efficiently and react to different types of defensive leverage. This idea has evolved over time and blends right in with the air raid philosophy of taking what the defense gives you. This makes it even harder on the defense to make adjustments while moving at a high tempo.

Option routes make it harder for a defense to decipher the play you are running. One play can look like four different plays out of the same formation. It has been easy to incorporate it into the high school level based on the amount of time you have to rep it. To do this, I suggest you study one route and not one whole play in the beginning. You can work that route in 7on7 practice or at competitions.

You shouldn’t have to read a term paper for kids to understand one concept. Wide receivers play with a different intensity knowing that they could get the ball on any given play, and it’s all on them and how well they run their routes. It puts stress on the QB and WR’s to know the pre-snap reads. Good communication and reps in practice will develop discipline and teach these young men how to chase green and find grass with precision and ease.

It is important to note that option/reads are not double move routes. I did not include routes like DINO or HI-GO or pivot, nods, in and ups, out and ups, because I believe those are double move routes that do not have a true option/read. Hitch-Go, for example, is tough to do with a true post snap read. If it is a read, it’s pre-snap only, not mid-route. Those are great concepts, but they don't fit this topic. The remainder of the article will be focused on the read concepts we currently use.

The evolution of option routes can be seen in classic Air Raid concepts like “Y Cross” and “Mesh.” Even if you are not an air raid enthusiast, chances are that your offense has some sort of 4 vertical concept. For example, 4 verticals can contain two different option routes within the play. They contain the SOCO (streak-comeback) read for the outside and the “POGO” (post or go) read for a tagged inside receiver. The inside receiver identifies if the middle of the field (MOF) is open or closed based on coverage off the snap. 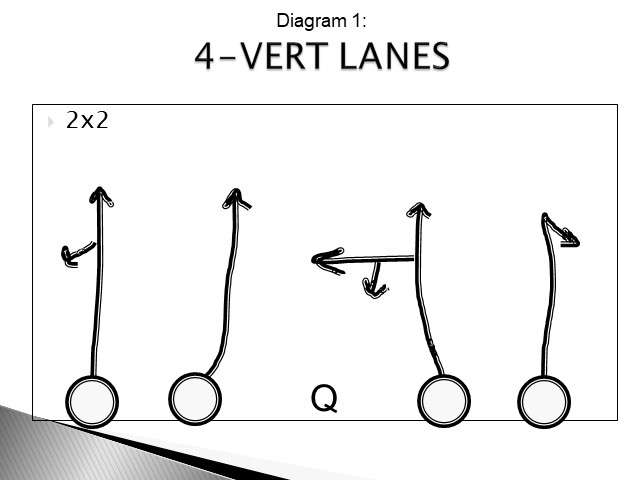 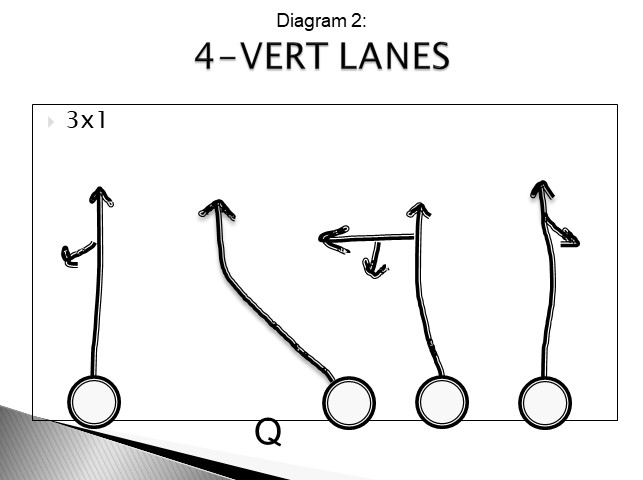 The coaching point I stress to my receivers is to create lanes of operation. Being too close to another receiver leaves one man to cover two and it’s a tough read for the QB. With that in mind, we have our four lanes. An issue coaches may have at any level is dealing with the possibility of the defense dropping 7-8 men into coverage. That is why we have the “POGO” tag.  SOCO and POGO will be detailed below in the deeper routes section.

There is always space open on the field. Regardless of the strength of your QB’s arm, there is a way to create space for the offense. The quick read routes are high percentage passes. Easy throws = easy catches = easy yards. 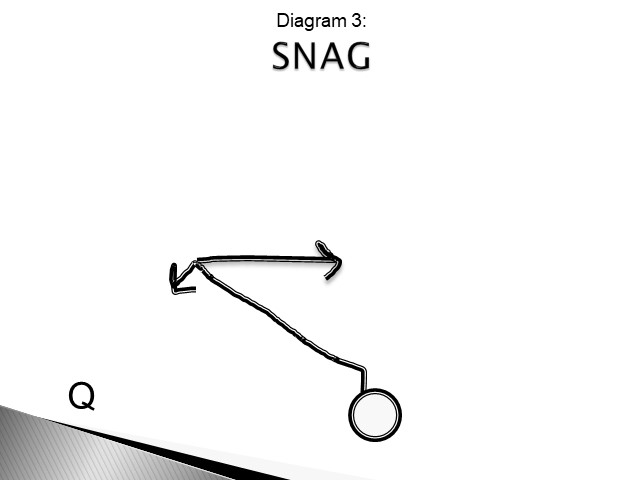 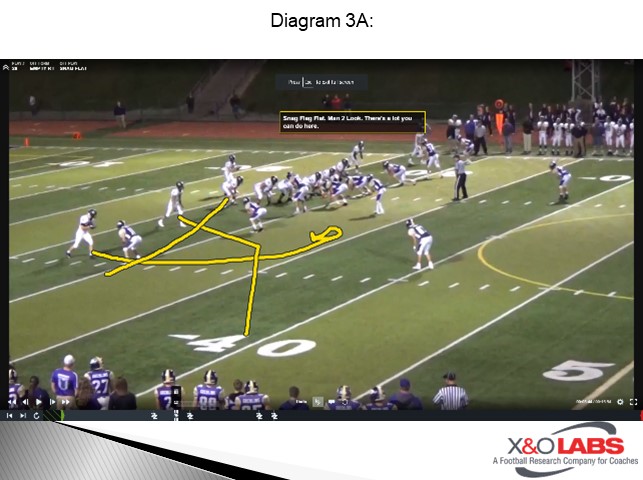 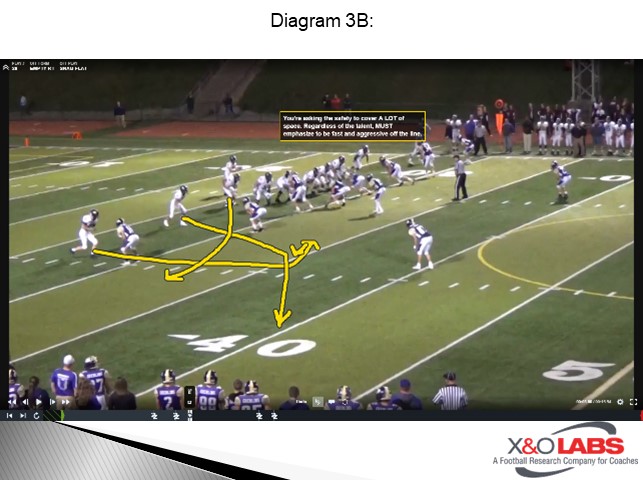 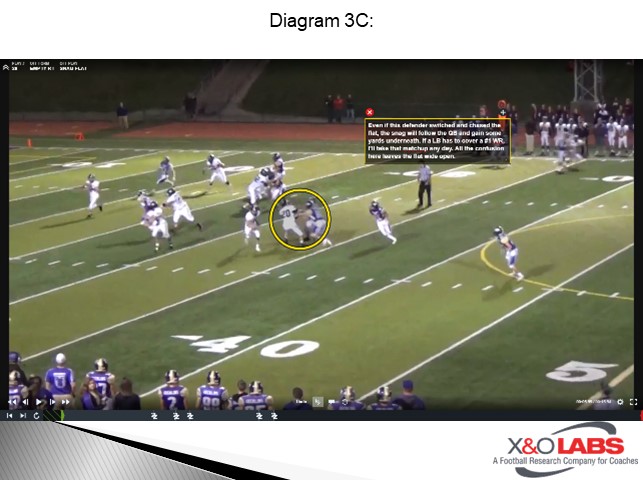 The snag is a combination of the spot and the pivot. Off the snap, the receiver immediately runs the spot. If green is open between the linebackers off the bat, hit the spot immediately. The snag can be run from any of the WR positions. The key that they must not cross the center of the line of scrimmage and go no further than 4-5 yards upfield.

If the receiver notices immediately off the snap that linebackers are coming to cover the area, he attacks hard off the snap, then vacates and heads to the outside. In this highlight, even with the #2 WR slow off the line, there’s enough clutter on the defense that opens up some green.