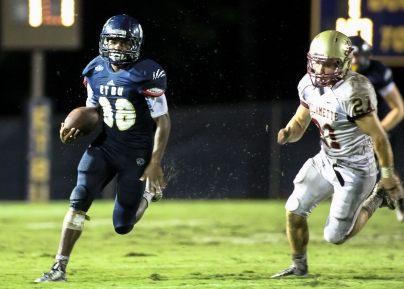 Going into the season at ETBU we had 8 quarterbacks on our roster. 5 out of those 8 quarterbacks took snaps for us this season due to injury. This was a completely new challenge to me as I had a 10 game starter at Sul Ross State University the season before. These injuries caused us to re-think our offensive strategies because each of our quarterbacks possessed a unique skill set. For instance, our starter was a guy who could not only throw from the pocket but could read the zone or pull the ball down and run when he wanted to. He was a true dual-threat. In contrast our backup quarterback was a pure pocket passer while our other quarterbacks were pure runners. With these varying styles of quarterbacks, we had to find a way to tweak our system to play to our starter’s strengths. Obviously with our pocket passing quarterback we wanted to throw the ball a little more because that is what he does well. But, we also did not want to lose our ability to run the football.

Our solution was to combine what he did well (throw the ball) with our run game. The results were extremely positive.  This was our first season as a staff at ETBU under the guidance of head coach Josh Eargle. When the season had ended, we were able to set 19 offensive school records while averaging 455 yards per game and producing an 1800 yard passer, 1,000 yard rusher and a 1,000 yard receiver while leading the American Southwest Conference in passing. The premise of this article is to talk about adapting your offensive system to play to your quarterback’s strengths just as we had to this season. As you know injuries are a huge part of this game and having the ability to be flexible in your offensive system is paramount due to the possibility of injuries (especially to your trigger man). Our offense is extremely quarterback dependent and by creating opportunities for our quarterback to utilize his strengths we were able to still have success offensively amidst numerous injuries to the position.

One quick game concept we utilized with our run game was a simple hitch. We combined our hitch quick passing game with our inside zone and G/H counter run game. Our quarterback goes through 3 progressions in determining where to go with the football. The quarterback will determine where we have numbers, leverage and his last resort is to run. This was a simple yet effective process for our young quarterbacks. 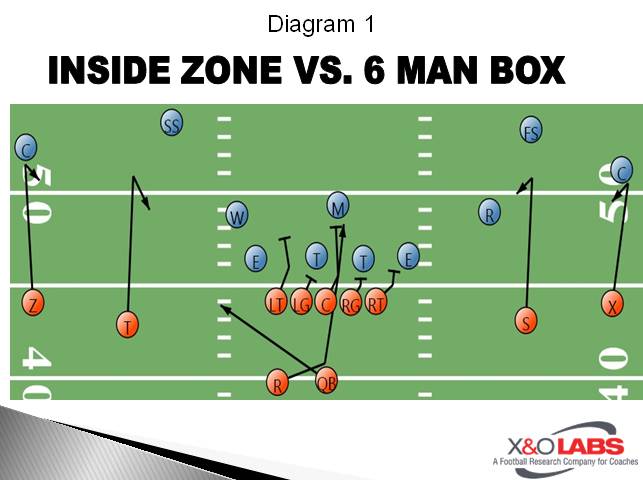