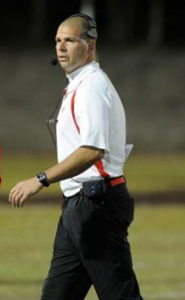 Editor’s Note: Coach Kerstetter was one of the first coaches to move to an exclusively No-Huddle system in Los Angeles, where he was the Head Coach at Taft High School in Woodland Hills, CA from 2007-2010. Utilizing the No-Huddle to Run and Pass effectively, “Coach K” accumulated a 35-15 record during his time there. Kerstetter guided offenses that put up as much as 6,300 yds in 13 games in 2010, adapting the same system to fit his talented players, which allowed for over 3,000 yds rushing in 2009 and a year later changed gears to break the 4,000 yard passing barrier in 2010. Kerstetter has a unique distinction of coaching in the “Big 3” football states, having coached for 10 years in Southern California, 2 in Florida, and is now heading into his 2nd year in Texas as the QB/WR coach for Westfield HS in Houston. Kerstetter has had numerous players go on to play at the collegiate and NFL levels.

Anyone can be a no huddle team.  All you have to do it remove the huddle and find a different way to communicate.  Running an efficient, up tempo, no huddle team is a different matter altogether.  These teams move at a frantic pace, forcing coaches to think quicker, and teams to practice quicker. It has to become a lifestyle or identity for the team.

A few years back, Gus Malzahn (HC at Auburn and HS and College No Huddle Guru) cautioned me about making the switch to no huddle saying that "you have to be "all in" and that if you do it halfway, you’ll never get the results you want."  He explained that I needed to be prepared for bumps in the road, questioning from staff members, and even some own self-doubt. It is not an overnight process.

With that advice fresh in my mind, I started out on a no huddle journey that forced me to truly evaluate every part of my program to make sure that it was preparing them for the end goal.  I decided to break down every second of the play to play progression of the game in order to find potential efficiencies that our team could take advantage of.

The following is a breakdown from Start to Finish of calling one play to the next play, and how it all fits together.  It includes what we look for and what the players/coaches should be focused on during every second of the offensive possession. 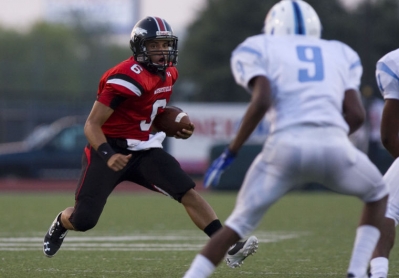 As the play is winding down, we are already trying to find out exactly where the ball is going to be spotted, particularly yard line and hash, and most coaches will tell you that they are trying their best to think a few plays ahead. We need to be getting quality information from the coaches who are charting plays.  Particularly if we have the other team on their heels and can take advantage of that with a pre-determined "Fast Paced Series" set of plays.  We look for the following:

Players Are Focused On:

Coaches Are Focused On:

With everyone immediately engaging with the sidelines, the coaches are now able to send in the next formation and tempo.  We game plan the formation and tempo for each week considering things like formation strength and how we want to address the boundary and field (discussed in detail in the "Keys" portion of the article).  Our confidence in our scouting and belief in what the defense is going to do go a long way in determining the tempo at which we will operate.  Here is what we are looking for and expect to happen as the formation and tempo come in:

Coaches Are Focused On: