Whenever deciding to add something to the offense, I want to make sure it’s simple, effective, and cheap. Therefore, we decided to add a sugar huddle package to our offense. The sugar huddle is not new to football. Then again, neither is the fast-paced no-huddle offense. With defenses catching up to the speed of offenses, it’s our job as offensive coaches to keep them off-balance. This is why we began using the up-tempo sugar huddle. It allowed us to change the tempo while utilizing an unbalanced formation and motion paired with our base plays and a couple of tricks. Thus, we were able to go slow yet still be fast while keeping the defense on their toes, having to align and adjust quickly. 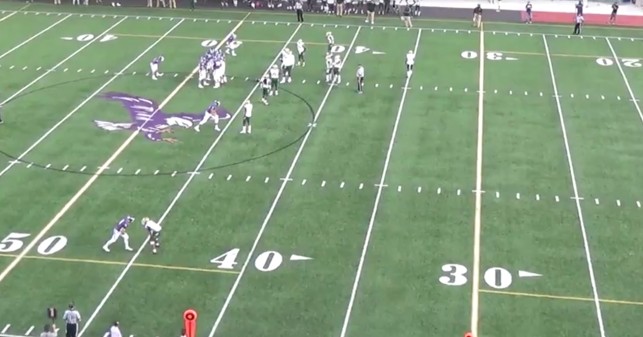 Furthermore, after research and tinkering, we decided it’s best to get the receivers positioned in their pre-snap alignments while the linemen and backs were in the sugar huddle. The combination of linemen getting set quickly in a two-point stance and already having all skilled players pre-aligned helped us make this an up-tempo sugar huddle. The coaches signal our sugar huddle tempo/motion (one signal) then the play (just like our no-huddle). The QB, TB, FB, and WRs get the play signal from the sideline. The QB, just like in our no-huddle, tells the O-Line the play. After making sure everyone is set on the perimeter, the QB breaks the huddle. The linemen get set quicker than Quick Draw McGraw. The QB is in charge for sending and timing the full speed jet motion, and we’re off to the races.

As mentioned earlier, we utilized an unbalanced formation and motion with our sugar huddle this year. One-word play calls are the rage, but we wanted this package to be more multiple, so we used one word to specify the formation, the motion, and that we were in our sugar huddle tempo. Below are examples of our two formations: 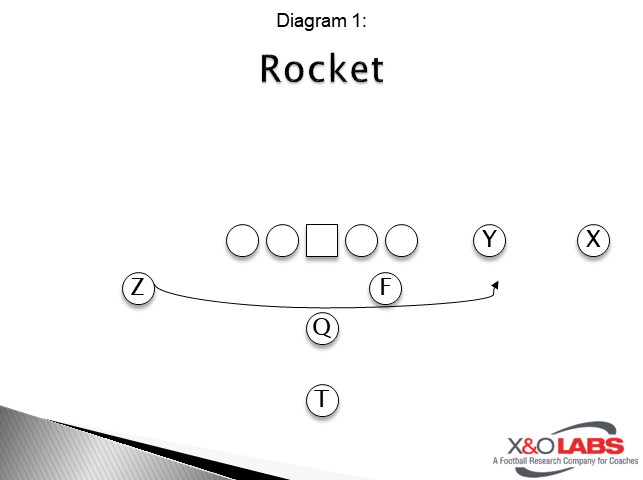 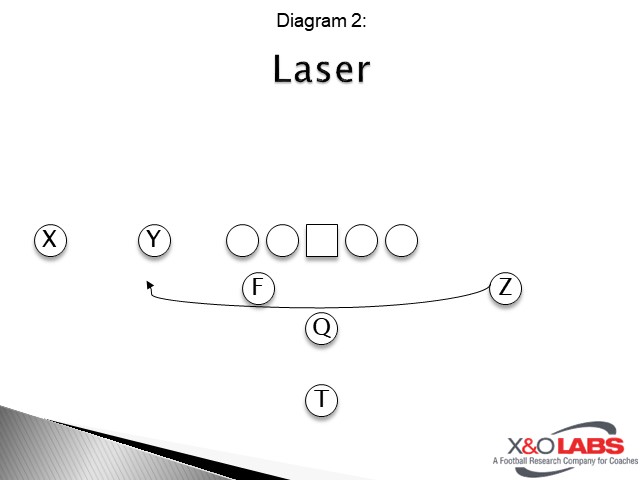 QB: Heels at 4 directly behind the center, in charge of timing the jet motion

TB: Toes at 7 directly behind the QB