To play as fast as possible, our offense here at Rose Hulman will run these plays from our one word play call menu. Meaning that one word (or signal) will tell all eleven offensive players their assignment. In an evolution of our one word play calls, we have developed a package where one word will tell the offense two plays to run in sequence.  These “Two Play Combos” usually involve running outside zone followed by a play Action compliment.  The article will detail our outside zone and its compliments as well as describing how we run these plays with tempo.

Outside Zone with Bubble

We can notify all eleven players on our offense to run the outside zone concept by using one word. Once this word is delivered, the players will align in their appropriate positions and execute the scheme. Separate words are used to indicate open side or tight end side outside zone. Here are our rules:

Offensive Line:  Execute outside zone to the boundary

Running Back:  Execute outside zone to the boundary

Boundary Outside WR:  Block man over

Field Outside WR:  Block for the bubble screen

-          If the open side outside zone is called, align to the field and block for the bubble screen

-          If the TE side outside zone is called, align to the boundary and block the D gap defender

Quarterback:  Read “Leverage Defender” for throw to Bubble or give to RB. 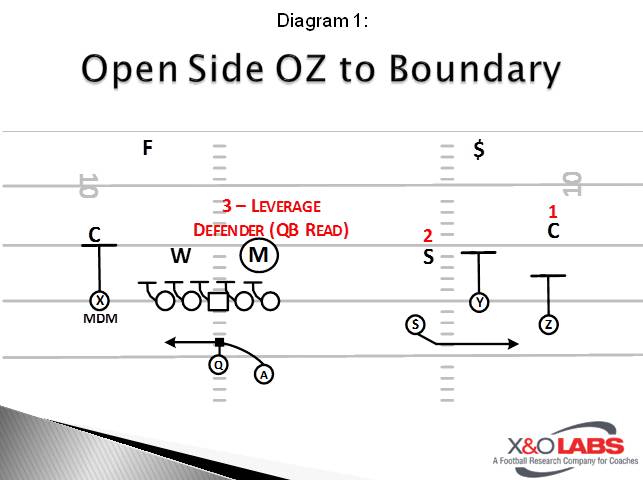 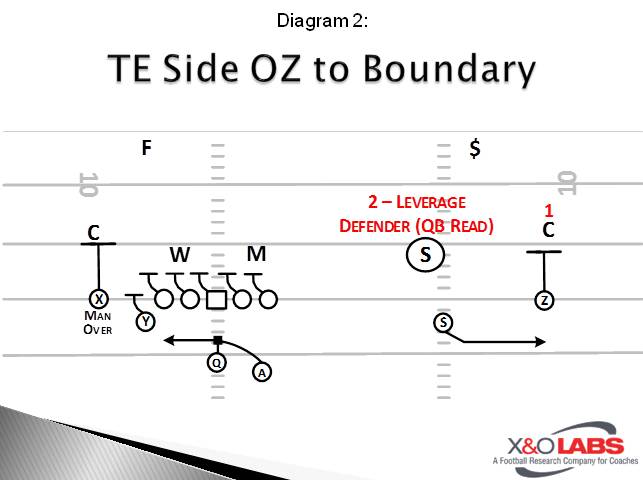 Outside Zone with Smoke

Offensive Line:  Execute outside zone to the field

Running Back:  Execute outside zone to the field

Boundary Outside WR:  Align 2 yards outside the numbers and run a 1 step smoke screen

Tight End / H-Back:  Align to the boundary on the outside edge on the numbers. Block the CB.

Boundary Inside WR:  Align on the inside edge of the numbers and block the first defender inside the CB.

Field Outside WR:  Block the “Most Dangerous Man” (MDM)

Quarterback:  Read “Leverage Defender” for throw to bubble or give to RB. 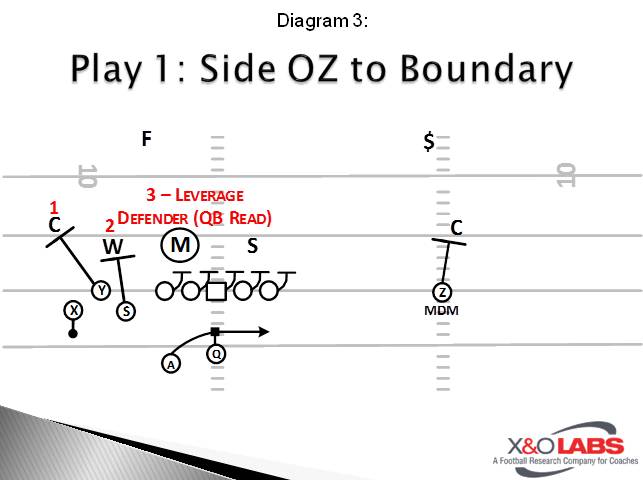