8 New Progressions in the No Huddle for 2014 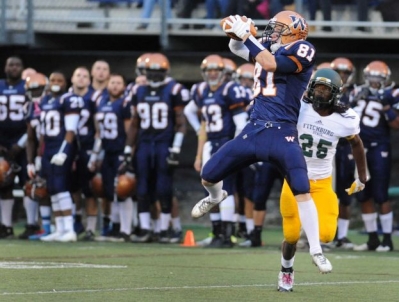 Last Spring, XandOLabs.com releases its special report on the No-Huddle System.  Now that coaches have had another full off-season to retune their system, we wanted to present a follow up on how successful coaches are tweaking the no-huddle.   So, we polled those coaches with winning percentages over .500 over the last three seasons using the no-huddle and presented them with two questions:

1.  Are you making any changes to your no huddle approach this year?  Is so, what are you changing?

2.  Why are you making that change / what factors led to you feeling the need to make that change?

We presented the responses below based on 8 categories.  Within each category, we provide the change and the reasoning for the change.

Some of the coaches we spoke with mentioned that common no-huddle tools such as big boards, wristbands and signals were too lengthy a process to get the call communicated.  So now, these coaches are moving towards sideline commands to get their players in the right spot pre-snap.  Their responses to our surveys are below:

“The only change we're making is we are now verbally calling out motions and shifts instead of using hand signals. We have always verbally called out the formation because we've felt this allows the kids to get in formation while looking for the signal.  To cut down on the number of signals, we've now decided to also include shifts and motions verbally.  We feel this will be more efficient, allow us to save time, and not overload the kids with excessive signals.”

“We need to go faster because that is the ticket to making defenses vanilla.  If defense is vanilla the advantage goes to offense.   Remove the boards, hand signals, etc. I may just yell in the concept number because it is faster.”

Along the lines of a verbal cue, the one-word play call has now generated some steam among successful no-huddle coaches.  Now only one word (which can contain the formation, motion and concept) and be signaled in- or shouted out- to the entire offensive unit.  The coaches that are using this methodology share their responses below.

“We have changed a few things this year.  We are getting rid of the wrist band and going strictly to key word signal calling.  We want to go even faster and yet simplify our play calling.”

“For our no huddle this year we are adding in a tempo series where we can get plays off in about 10 seconds by just saying a word. The word is the play, formation, and snap count in one. We will also have a built that we will automatically do when we have a play over 20 yds. Our whole goal of our no huddle is to run as many plays as possible. This also does not allow the defense to make changes and makes them play a vanilla or base defense with not a lot of adjustments.”

“If you are playing fast, try to find a way to play faster.  We like many other programs are adding more one word calls.  Meaning one word or signal gives the entire formation, motion and play call.  The NFL style of verbiage where the play call can be 12 or more words and there is a description or term for almost every player is out in favor of shorter calls that can be used week in and week out or modified to fit a specific opponent or game plan.”

“We are simplifying our base play calls to make them shorter and faster to relay.  We are also spending more time on procedure in practice then before like drilling the receivers and running backs to get the ball back to the middle after the plays instead of to the sideline judge instead of just talking about it.  More importantly, we will be drilling getting the center and receivers to sprint to the line after plays.  We typically haven't used wristbands because they slow things down but we will use them for more complex play calls and formations. When we aren't looking to go as fast, running the fastest tempo possible is very important to us.  Along with the typical reasons coaches always mention for a fast pace no huddle, our players just seem to play better when we go fast. Maybe it keeps them more focused or doesn't let them think too much, but some of it is unexplainable.  There is a very significant difference to the way our offense works when we are going fast as opposed to slowing down.  There are times however when you want to run a trick play or complex motions, shifts, or backside tags where a long drawn-out play call is necessary.  We will 10-20 of these a game that will be put on a wristband.   The rest of our plays take 2-3 words to call.”

“We are changing some verbiage both for the sake of brevity and because other guys in the league are figuring out some calls.  Limiting the package to game-planned "one word" calls and various combined concepts, such as stick-draw and option screens.   Too many teams are trending to all no huddle & it taxed the defense too much to provide any legitimate advantage in 2013.  I only plan to use it when a tactical advantage presents itself, either by game plan or as an in-game adjustment.  Mixing up tempos instead.”