Editors Note: Special thanks to Jay Wilkinson, Offensive Coordinator at Broken Arrow (OK), for his help in putting this piece together.

The season is approaching and many coaches around the country are already deep into their initial gameplanning for each game.  This past fall, talked to Jay Wilkinson, OC at Broken Arrow HS in OK, about his unique approach to putting together comprehensive game plans.

His concept is based on the concept of "packages".  These "packages" of plays allow your team to make adjustments at the line of scrimmage more efficiently and streamline play calling. Coach Wilkinson says that it "gives them answers" to the different looks. His teams come into the game with three basic types of packages; Quarterback Packages, "Check With Me" Packages, and Formation Packages. Each particular package is employed within the game plan for the week and is based on the most fundamental plays of their offense.

The simplest and fastest of Coach Wilkinson’s packages are the plays that the quarterback reads at the line of scrimmage and executes based on numbers or coverage. This gives the quarterback some control to keep his team in good plays without having to hand over the keys to the entire offense.

For example, one of Coach Wilkinson packages combines a zone run with a bubble screen (Diagram 1). The quarterback can then focus on identifying the leverage of the linebacker and getting the ball to the player that has the best chance of getting positive yardage. Of course this only works if the quarterback can make good decisions. Coach Wilkinson teaches his guys that if there is any doubt they should hand the ball off. 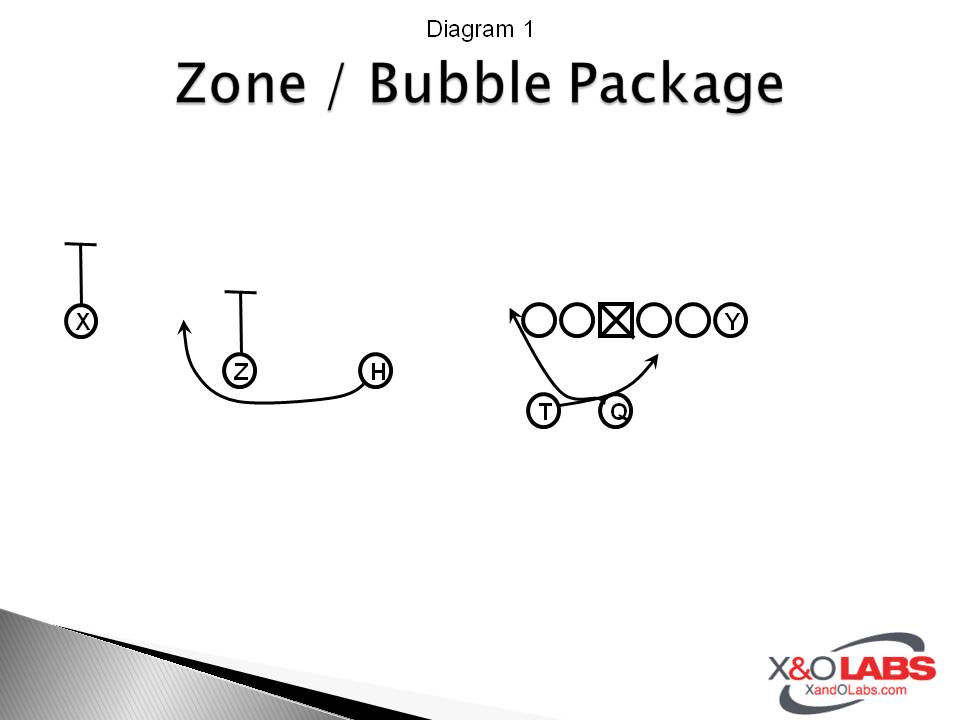 Here are a few additional looks that Coach Wilkinson has used within this type of package: (Diagrams 2 and 3). 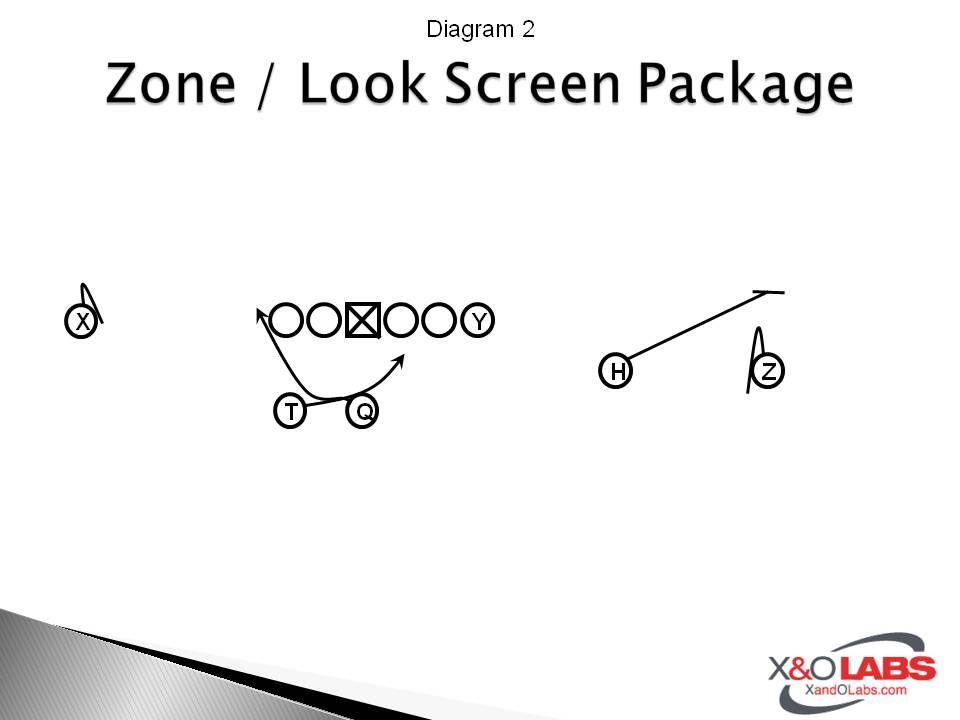 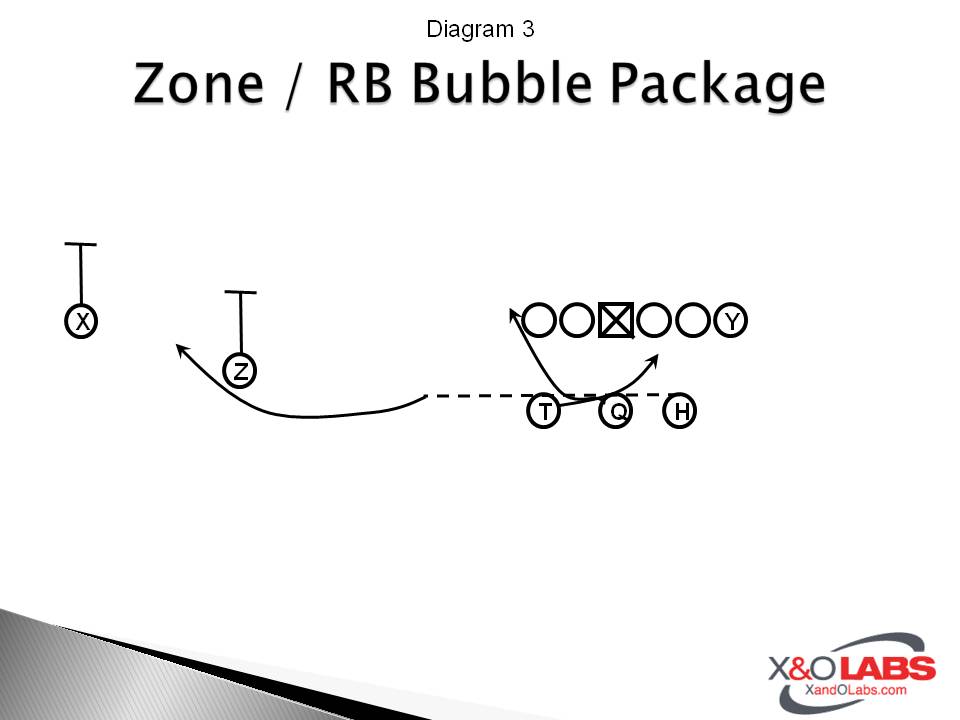 Another way that they give the quarterback options is by pairing passing concepts that attack different defensive schemes on opposite sides of the formations. These packages can include, but are not limited to:

Zone beaters on one side and man beaters on the other (Diagrams 4, 5, and 6). This concept has been around for a long time, but it fits into their packaging concept well and is a simple way to keep the QB from trying to "make a play work." 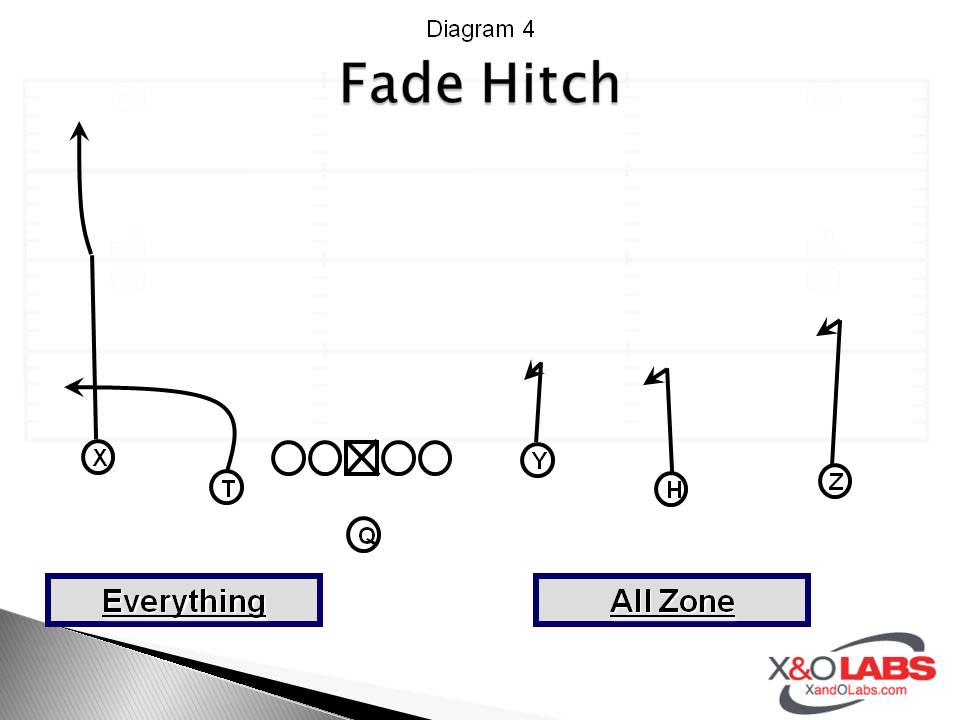 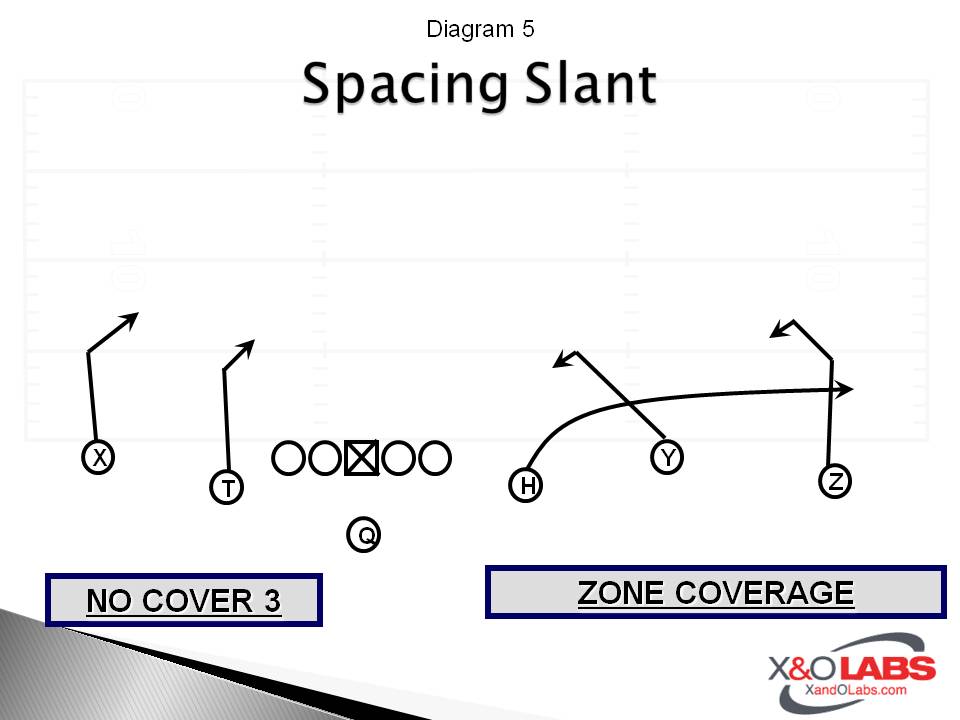 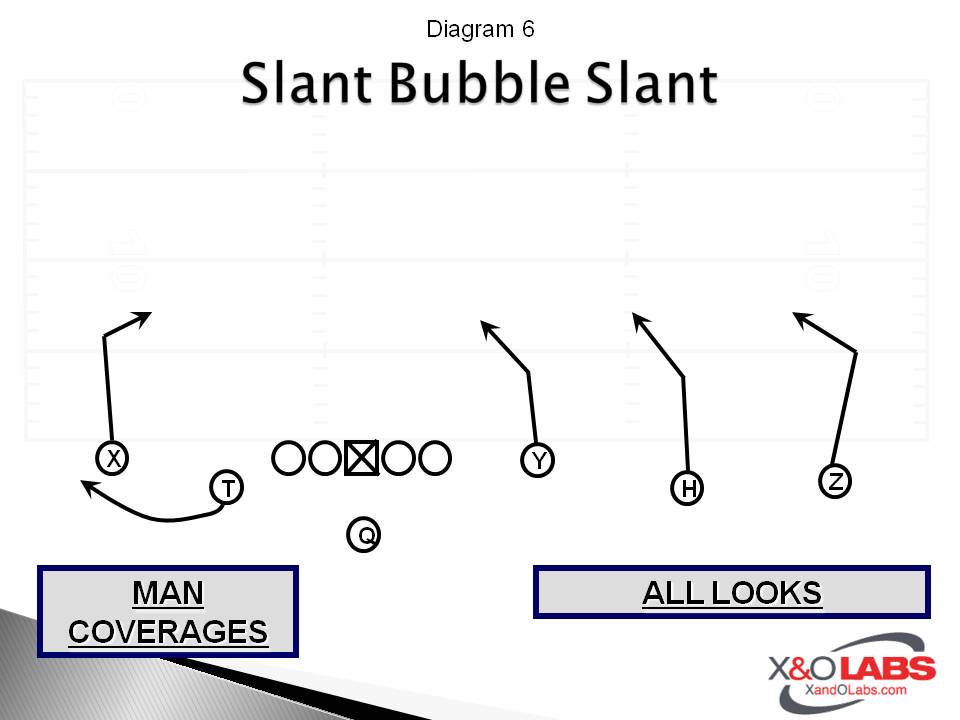 Quick game on one side and double moves on the opposite side (Diagram 7). This addresses situations where teams are try to use man coverage to stop their quick game. This allows the quarterback to read the quick game side and if the play won’t work due to a specific coverage, he can then work the double move concept on the backside. 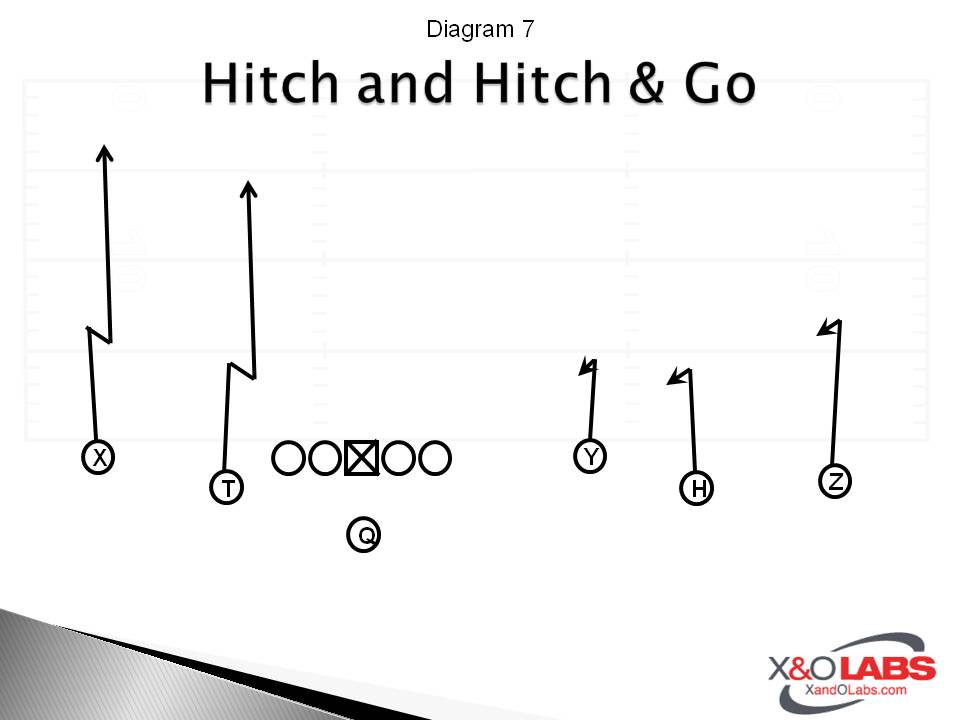 The beauty of these concepts is that it can all be done without having to make a check at the line since the line will block both of the plays the same way. Coach Wilkinson pointed out that he goes out of his way to make sure that nothing has to change for the line as they create these packages. He says this ensures that even if the concept doesn’t mesh perfectly he knows they will at least have a hat on a hat.

"Check With Me" Packages

Unlike some no huddle coaches, Coach Wilkinson doesn’t believe in giving the QB unlimited control at the line of scrimmage. Instead, his team employs a "check with me" system where the team looks back to the sideline for confirmation of the called play or a change in play based on the defensive look that they are getting. Here are some of the concepts that he and his coaches use with his "check with me" packages: