Five Solutions to Run the Ball vs. Loaded Boxes

In any run-oriented offense, defenses will load the box with an 8th defender to help stop the run game. There are a few offensive strategies you can utilize to combat this defensive tactic and still be able to stick to your offensive philosophy of being a physical running team. There are five ways we try to do this, and we always build them into the gameplan at Herriman High School. Depending on what the defensive coordinator does to adjust to our base run game, we can move to any of them at any point in the game to counter-adjust.

Loaded Box Solution #1: Remove the 8th Defender from the Box

Most teams who face a run-heavy team will drop a safety down into the box to get an 8th defender in the box. For any stack-defenses (3-3-5, 3-5-3, 4-2-5, 4-4), it usually means the overhangs come up and play really tight, or they come all the way up on the line of scrimmage and come off the edge. For traditional 4-3 and 3-4 teams, this is usually dropping the “strong safety” down into the box on the multiple receiver side. By using formations with both WRs on the same side, most teams will put the strong safety on the side with both WRs, and he will have to leave the box to account for the slot receiver. In the box, this keeps the offense with the same run formation they always have, but it removes the 8th defender from the box because he has to widen out to the 2-WR side to continue to play zone coverage. You have now turned the 8 man box into a 7 man box, or at the very least, you are now running the ball at a corner that now has to be the primary run support on the TE side. 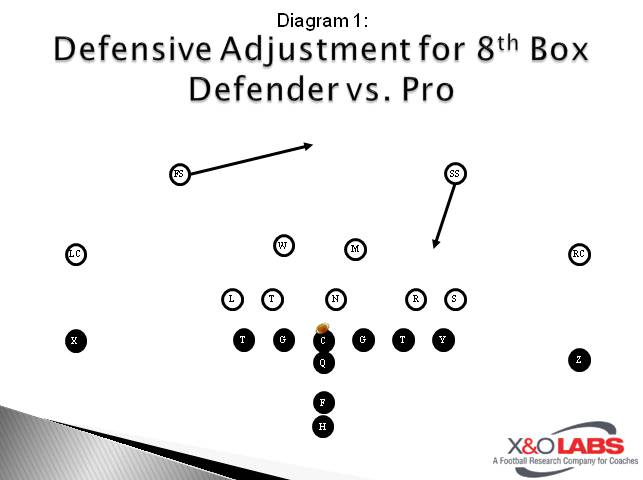 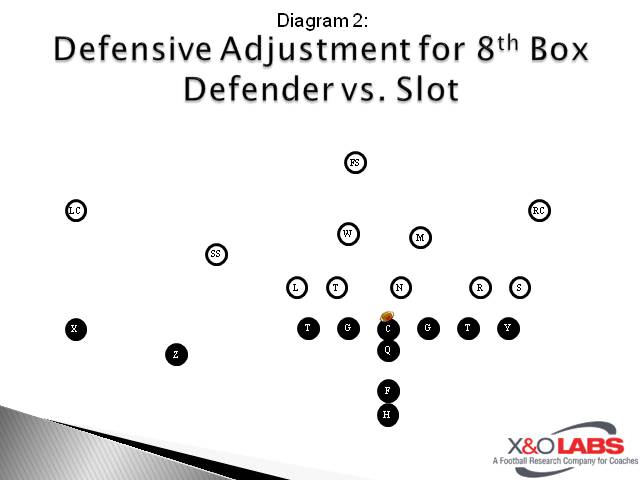 To study game film on how Coach Miller removes the 8th defender from the box, click on the video below: