It is well documented that explosive plays lead to points, success, and winning. Brian Billick in Developing an Offensive Gameplan, Bill Connelly in his article “The Five Factors: College football’s most important stats” and the Football Outsiders and their tracking of explosive plays in the NFL all have reached one conclusion. Explosive Plays equal wins. My study in the success of Dakota State University Football reaches the same conclusion. Obviously, every college coach in America wants explosive plays on Saturday but at Dakota State we believe there are ways to manufacture explosive plays through specific processes in scheme, practicing, game planning, and recruiting. 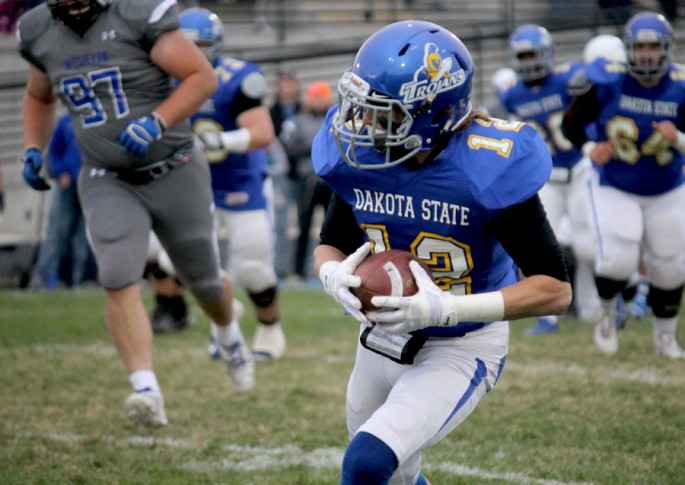 As a football coach, it is obviously very intuitive to believe that the bigger plays you have the more points you will score. This data is also backed up by statistical analysis. Some coaches believe explosive plays are purely coincidental. Low-percentage plays born from a play-caller or a quarterback just taking a chance. Although there are some inherent risks when it comes to vertical passes down the field there are also other ways to generate explosive plays. Furthermore, I believe a lot can be done to help sway the percentages in the favor of the offense.

To answer this question, we must go back to the statistics. 62% of our explosive plays happened on the 4th play of the drive or later and 60% of explosive passes and 78% of explosive runs occured in the 2nd half. I attribute this distribution of explosive plays, at least in part, to the confusion and stress a defense might feel with an offense driving and getting at least one first down, and to the fatigue of the defense over the course of a game and the tendency of a defense to miss tackles and miss assignments as they become fatigued. As an offense, to get the defense to this point, one needs to get 1st downs, take snaps, and stay on the football field.

There are many philosophies of an efficient offense at Dakota State we attempt to do this with a balanced run to pass ratio which incorporates quick passes, 5-step intermediate to deep passes, and a predominately zone running scheme. Two passing concepts that we have had luck with both in creating explosive plays against all coverage looks are our Double Post Concept and our Post and In Concept. 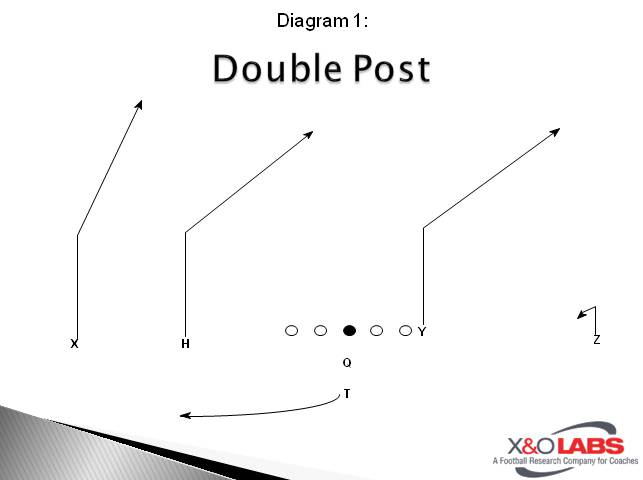