It is something that exists at every level of football: An opponent has one defensive end who plays the run better than the other, one corner who is better against the pass, etc. When you are a power-running team, defenses may simply load up against you to stop the strong side power play. You can go to your counter game, but then the defense has succeeded in dictating to you what you are going to do offensively. So, how do you gain an advantage when you are undersized along the line?

One possible solution to these problems was made clear to me after listening to a clinic by Coach Dan MacLaughlin of Wayne State College (NE). Much of what I’m about to explain about using motion and shifts to gain an advantage and dictate to the defense stems from both that clinic and subsequent conversations I had with Coach MacLaughlin, and I would be remiss if I did not give him credit for causing me to think about how I have used motions and shifts with my teams.

First, I want to discuss how we have used motion in our offense to create an advantage. We have employed the following types of motion: Sprint (across the formation) and Crack (motion back to the ball) by the wide receivers; and Fly (left) and Storm (right) motion by the running backs, either the fullback or the tailback.

To illustrate how wide receiver motion can be used to create an advantage, I want to illustrate four possible scenarios using Sprint and Crack motion.

In Diagram 1, we use Sprint motion to give us another blocker on the perimeter and outnumber the defense to that side of the field. We could do the same thing by pulling a lineman, but the advantage of using receiver motion is that our extra blocker will be at the point of attack when the ball is snapped. Of course, the disadvantage is that the defense simply has to chase or shift with the motion with their safety or linebackers to get the numbers back in their favor. 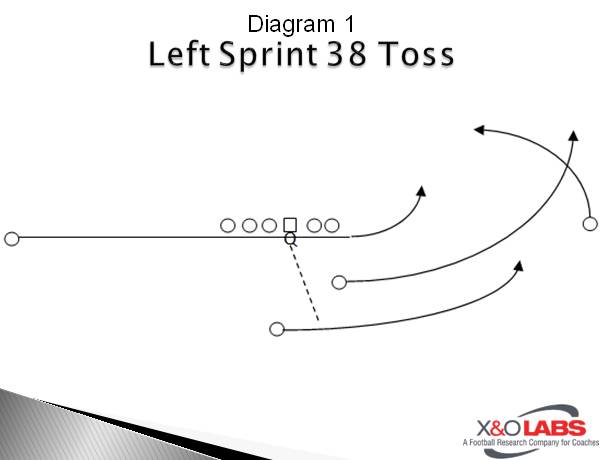 Diagram 2 is one response to a defense that adjusts its strength in response to motion. We use Sprint motion again, but this time we want the defense to flow with it so we can run a counter play back in the direction from which the motion came. The two keys to using motion to set up a counter play like this is that the receiver going in motion has to "sell" his fake just as much as the tailback as to sell his. Obviously, the action of the tailback is the second key to making a counter off motion work. 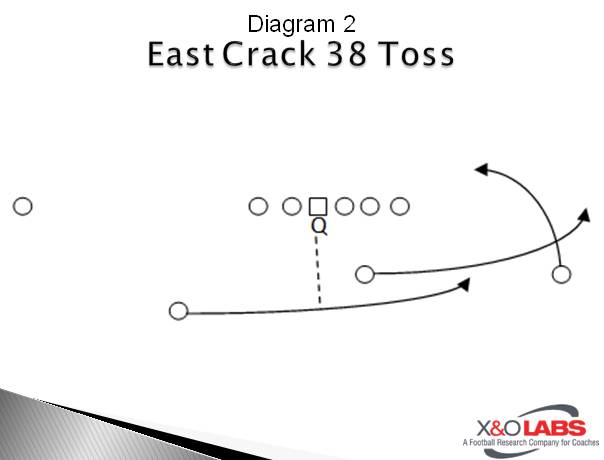 The scenario in Diagram 3 is no doubt one of the most utilized forms of motion: having a receiver go in motion and crack back on an outside linebacker/safety who comes up hard to play the toss. Against teams that play a wide 9-technique with their defensive end, we have even, at times, crack blocked that player. Obviously, your receivers have to be well coached to avoid a block in the back call and one of the most common things we have seen opponents do is to have their outside linebacker turn his back to the receiver as soon as he sees the motion coming. Still, if you have receivers who are physically aggressive, using crack motion can enable you to get out on the edge of the defense quickly. 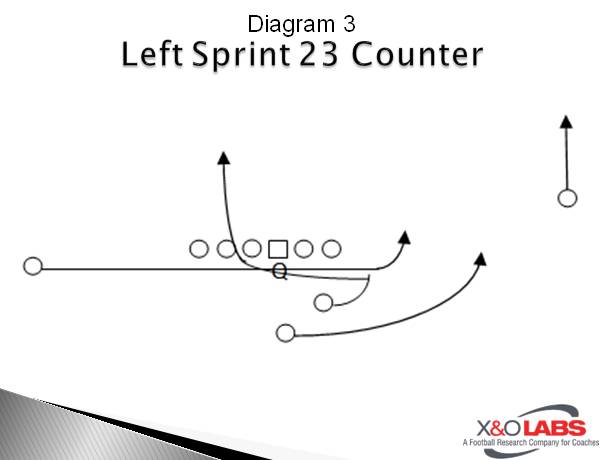 Again, we want to have a counter off of Crack motion, and Diagram 4 shows a play that has been very successful for us over the years. Once the defense has seen the toss play run off of Crack motion a few times, the defense begins to flow very hard toward the motion as soon as we show it. Faking a hand-off rather than a toss does not seem to hurt the effectiveness of a play we call Stretch Boot Pass. We could also run the same counter play shown in Diagram 2, but the advantages of Stretch Boot Pass are that we usually see at least one receiver running uncovered across the field and the quarterback also has the option to pull the ball down and run.