Researchers' Note: You can access the raw data - in the form of graphs - from our research on pre-snap movements: Click here to read the Statistical Analysis Report.

Manipulating defenses seems to consistently be the main goal of most offensive coordinators in the modern era. How can I defeat a defense without even snapping the ball? It’s the thinking man’s "game within a game" that occurs pre-snap. Football is a game of moving parts, which explains the constant references it draws to the game of chess. In this report, X&O Labs is going to show you how to put your moving parts in a position to out-leverage, outnumber and outthink a defense.

Aside from conducting our usual research on this topic, which was compiled through surveys, we’ve also decided to offer an online video tutorial on three of the top ten offensive programs in the country that are tops in using pre-snap movement: Boise State University, Auburn University and the University of Oregon. These are three high-octane offenses that know how to score points (all averaged over 44 points per game last season) and know how to do it with efficiency (all averaged over 69 players per game last season). We took the top four movements in their packages, tight end/wing trade, jet motion, flash motion and slash motion, and detailed how they can attack a defense.

Why Pre-snap Movement? Surprisingly, when we polled coaches we found that the majority, 35.4% use motion on less than half of their offensive snaps. They don’t make a living off doing it. This tells us it’s done with a purpose, in order to see how defenses will react. Many of the offensive coordinators we spoke with threw the term "change the picture for the defense" around, meaning getting them to think. Once you get an aggressive defense thinking, you’ve won. For the intents of the report, we will distinguish between the three different types of pre-snap movement. 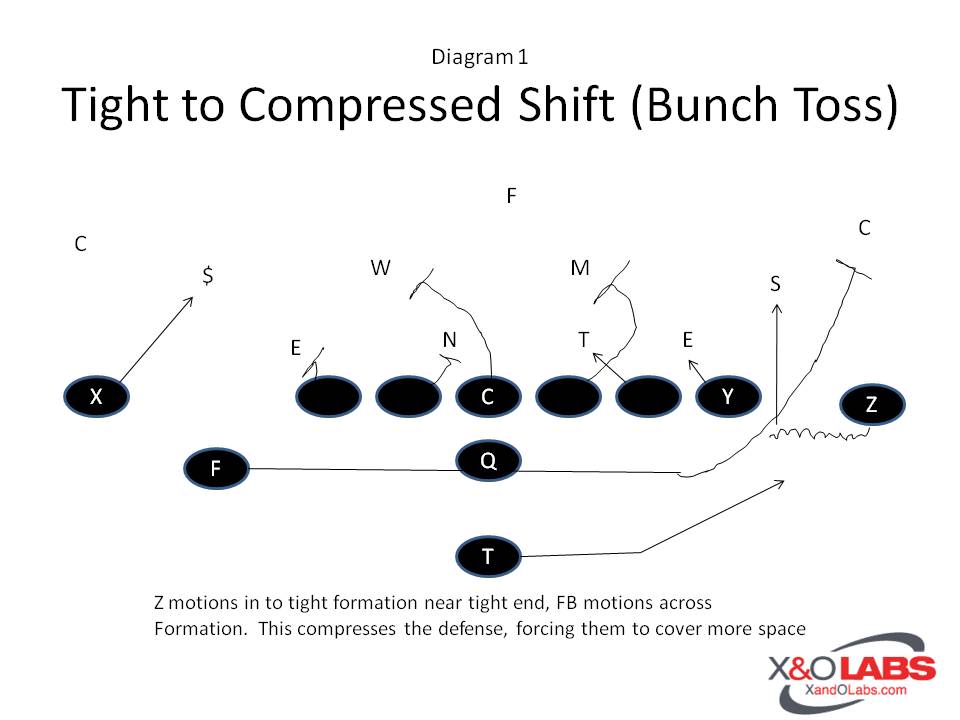 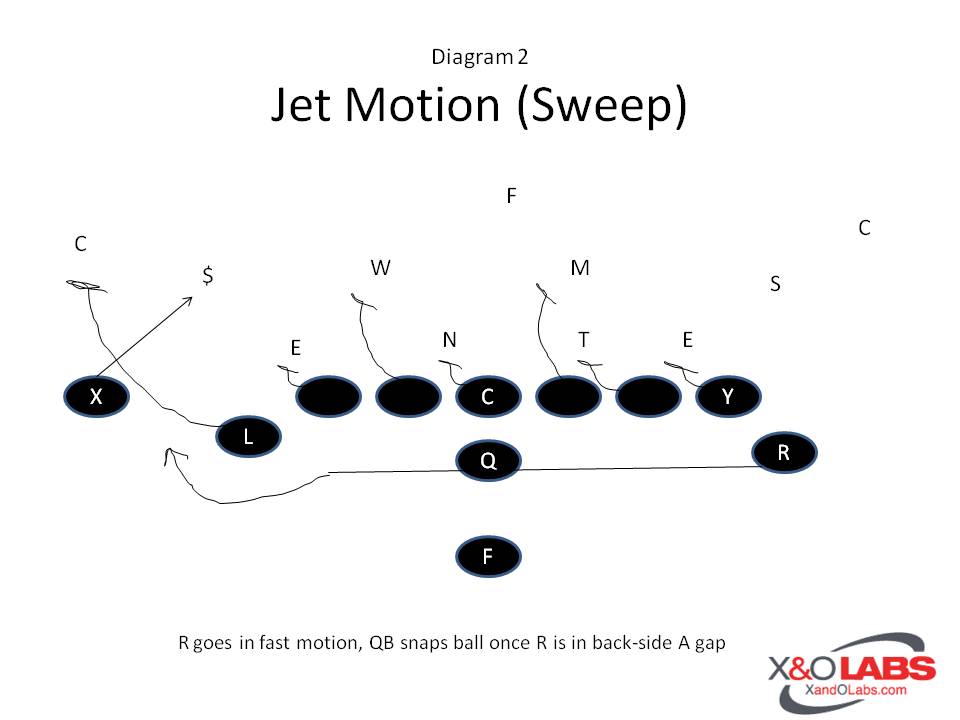 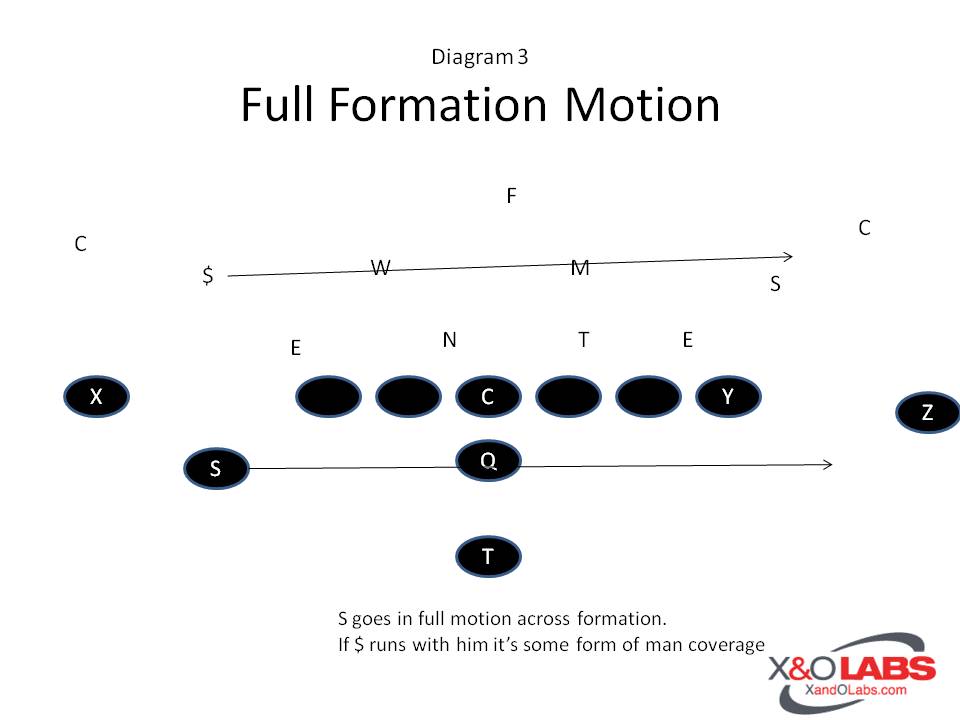 Because there are so many variables of trades, shifts and motions (Boise State has 44 in their playbook right now) we’ve decided to breakdown the three top pre-snap movements used by the coaches we polled. We detail the movement; explain the benefit of the movement and which offensive schemes coaches like to run off that movement. Again, we have all this evidenced by video clips of the more prominent offenses in the country running it.

Type of Pre-snap Movement: This is a trade/shift, where you bring your tight end from one side of the offensive formation to the other. It also can be used in conjunction with an H-back (as Boise does), both will travel together. Our research found that 54.2 percent of coaches we polled use this movement as part of their offense. 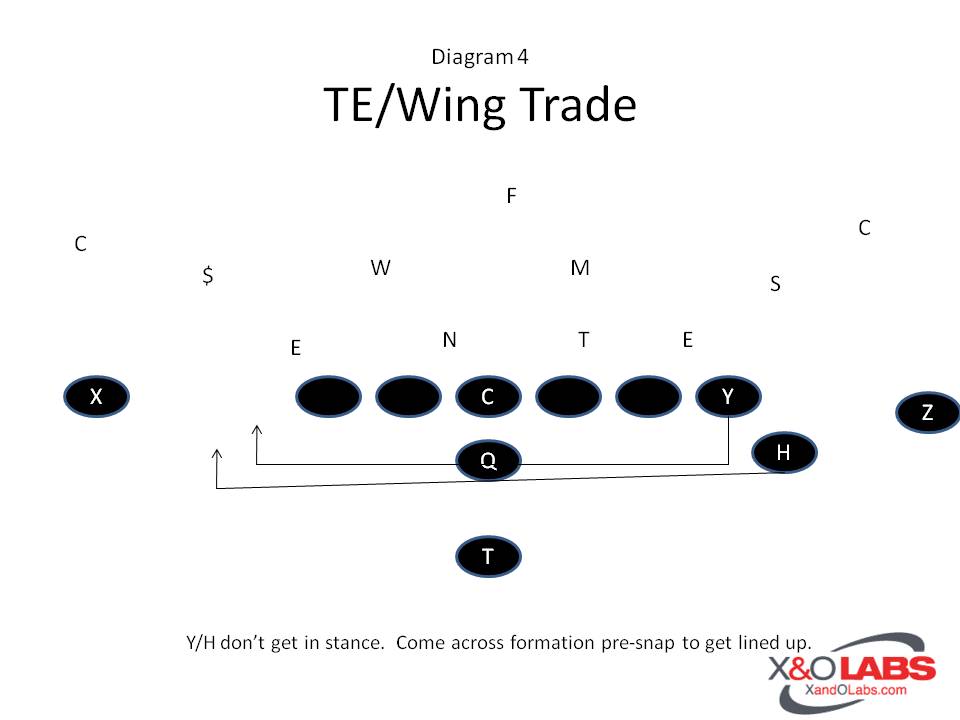 Objective: The majority, 51.3 percent of coaches, will use this movement to create another gap at the point of attack. It’s productive against four down fronts; the idea is to change the strength of the defense. Most four down fronts will align their 3-technique to the three-man (or tight end) surface. When you shift or trade your tight end, it forces defenses to change the strength of their front. "How often does a rush or open side end practice against a tight end surface?" asked Wilder. "How much work would a nose guard get by playing a 3-technique? Now he’s susceptible to double teams at the point of attack on gap schemes."

Defensive Adjustment Indicators: Upon calling the movement, it’s imperative to see how the defense will react. Among variables such as secondary rotation and front adjustment, 32.8 percent of coaches will use this motion to identify who is playing t