One of the more telling cues in preparing for an RPO offense is where it places its offset back in shotgun formations. In most cases, the placement of the back will predicate the side of the run/pass option concept. So, in turn defenses are finding ways to use combination coverages or man coverages to eliminate any potential conflict defenders to the side of the back. This is why it’s important now for offensive coordinators to design their RPO’s out of Pistol formations so defenses cannot get a tell on which side the RPO is being activated. One would assume that because of this tendency most if not all OC’s would be transitioning into using the Pistol for all of its RPO’s. Yet, according to our research, of the 61 percent of coaches utilize RPO’s from Pistol formations only 21 percent of coaches use the Pistol on more than 50 percent of snaps. 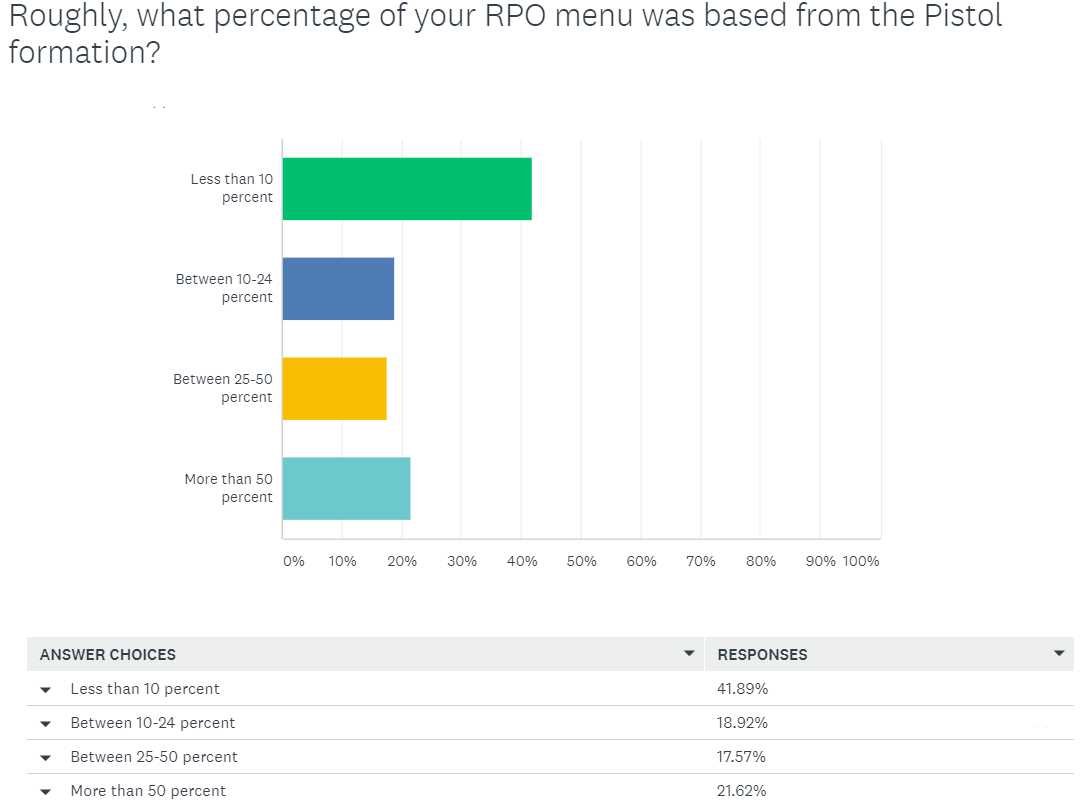 The coaches that contributed to our study cited the following advantages for utilizing their RPO’s from the Pistol formation.

It’s difficult to argue with the productivity that the coaches we sourced are having with the Pistol RPO game. Consider the following numbers:

Pistol Inside Zone/1 Back Power: