When the defensive staff at Rhode Island returned from its visit with Baylor last off-season a couple things were clear: Ron Roberts knows his football and the Tampa simulated pressures that Roberts used last season meshed perfectly with the Rams personnel and structure. It tied into their cover three and man free package with one added benefit: there is not real threat of those bender routes because of the presence of the middle safety.

So, defensive coordinator Jack Cooper took the info he amassed and started devising his version of these Tampa sims. He realized he didn’t have the personnel that Baylor had (they were more advanced at the outside linebacker position), so he simplified it by only using three core pressures: a boundary pressure with the Will linebacker and a middle pressure with the Mike linebacker. The rules were simple: The Sam (or field outside linebacker) will never be in the rush pattern. It either be the Will, the Bandit (boundary outside linebacker) or the Mike. And he implemented them out of his base four down package as well. Both cases were four man rushes with a pure three deep zone behind it. 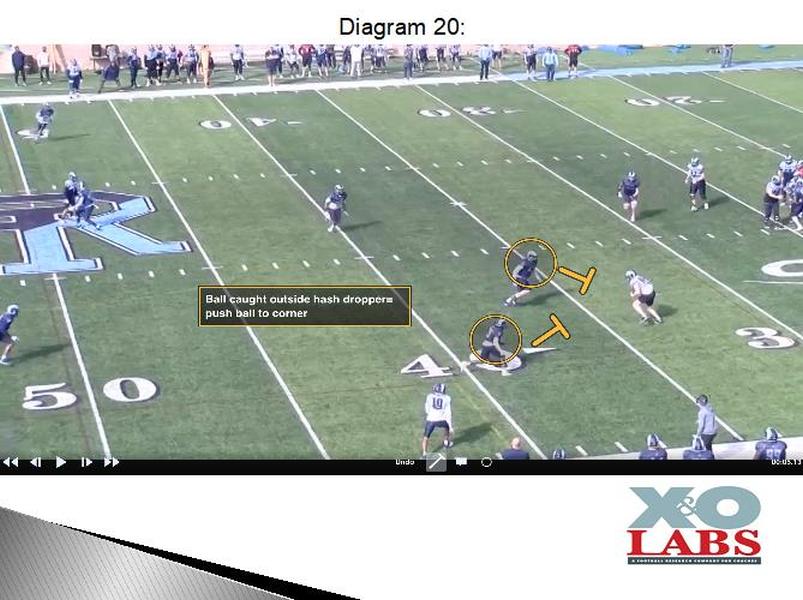 Just for context, the Rams use the following skill personnel in its three-down (or sub) grouping:

There are packages where the Sam will stay in the game and a defensive lineman will come off the field (2-4 spacing) and there are other times where he’ll use a 5-1 package by keeping both outside linebackers (Sam and Buck) in the game and take the Will out.

Regardless of the personnel, the prerequisite of running these sims is to keep an element of disguise. So, in order to do that he’ll cover down early to give the illusion of rip/Liz match or cover three. This is all predicated based on 2x2 open or 3x1 open.

In the image below against 2x2 open, both the Free safety and Nickel cover down over the number two receivers. 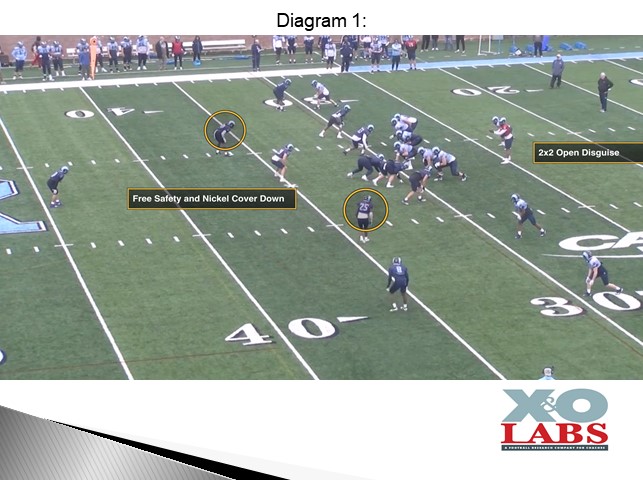 In the image below against 3x1 open, the Strong Safety (middle runner) covers down number three early to give the illusion of man free. He will start at eight yards off line of scrimmage. 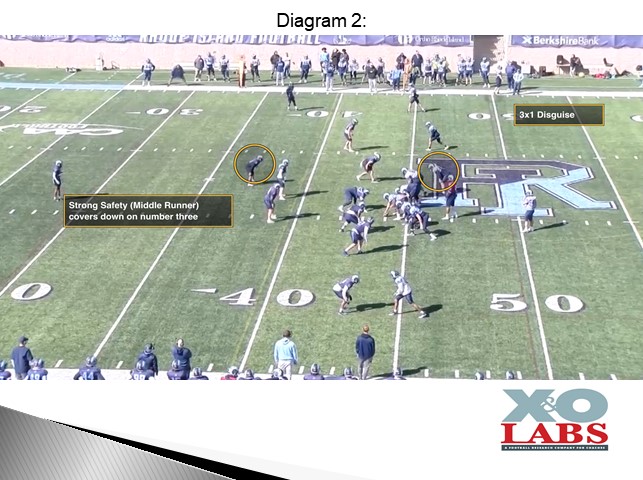 All defenders will pedal out on cadence. It’s essentially Tampa coverage coming from a cover down disguise. According to Coach Cooper, all other defenses in the Rams system are “roof defenses” where they will hold the divider and then work off cadence. Against any running back motion or Empty, defenders will immediately get out of their shell and going to their responsibility. “We won’t let our disguise override our job,” he said.

Before getting into technique specifics with this coverage, it’s important to understand how he teaches the eyes of zone defenders. Essentially Tampa is the same principles as cover three, where defenders are taught to melt in the zone. Once they get their zone eyes set, Coach Cooper and his staff teach a “directional” vs. “delivery” key:

The benefit of using these Tampa sim pressures from 3-High structure is that the middle runner plays from depth, which is contrary to having an interior backer (with a run gap responsibility) play from low to high. It takes the Mike out of run/pass conflict and according to Coach Cooper having the Nickel be the third safety makes it more symmetrical and cleaner teaching. It ties into the cover three creeper package because of the roof shell. “The disparity of the safety playing the middle run through vs. the linebacker doing it was like three to one,” coach Cooper told me. He did say he recommends that Nickel be a true safety (rather than a third corner) because he understands how to play a hash technique.