From Jimmy Johnson’s Philadelphia Eagles and the Chicago Bears defenses of the 2000s to Mike Zimmer and Jim Schwartz, the Double-A Gap/Split Mug front has become extremely popular in modern football. A favorite on 3rd & long situations, it gives the offense the illusion of max blitz but gives the defense the flexibility of max blitz, zone pressure, max coverage, or the use of simulated pressures. 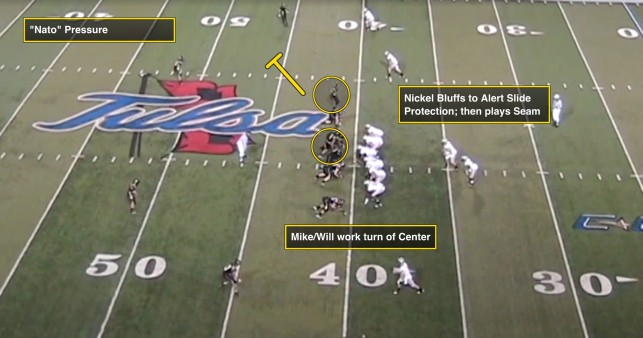 The Double-A Gap front is our "Tough" front, most often utilized during 3rd & 7+ down and distance situations. This front is played with two wide 3-techniques and the ends are in wide 5-techniques or 9 techniques. The Mike and Will are “mugged” into the A gaps showing pressure. Based on coverage responsibility, we like to “Hollywood”, or give the illusion of blitz, with the Sam/Nickel and the FS. 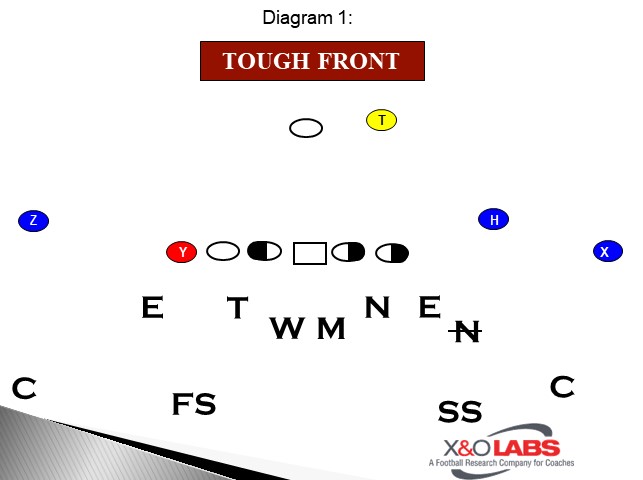 The adjustment to the “Tough” front is to move from a “Tough” front into a 3-4 front; the call for this is simply, “Stem”. By doing this, the defensive front knows to align in our “Tough” front and then on the “Move” call from our Mike, move into our 3-4 pass rush front or our “Falcon” 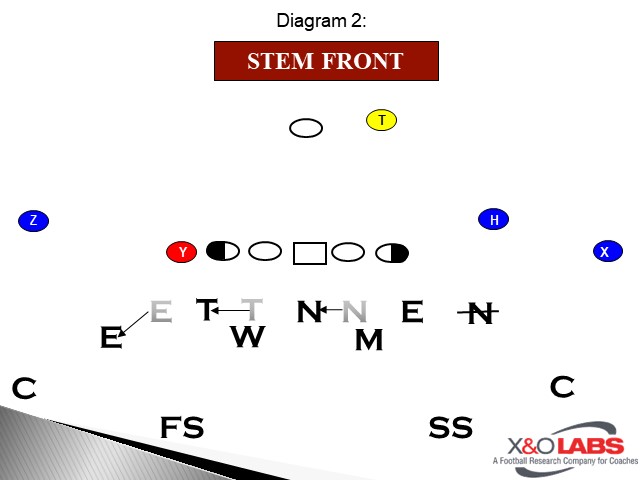 The first pressure installed in the Tough front is “Addy”, or Double-A Gap blitz. Cover 1 is usually played behind this blitz, but “Hot” or 3 deep 2 under can be played as an alternative. “Addy” can be utilized as either a blitz or a simulated pressure. “Addy” is first installed as a simulated pressure. In this case, the Mike and the Will both blitz their A gap; both read the turn of the center. Whichever way the center turns, that linebacker will “dent” or drop out and become the “Rat” player or low hole cut player. 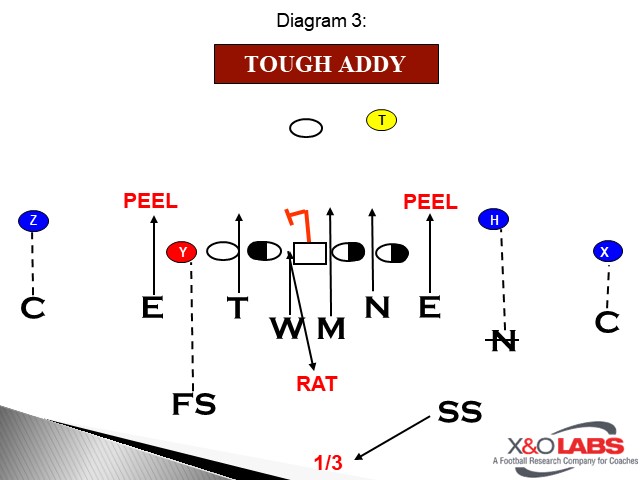 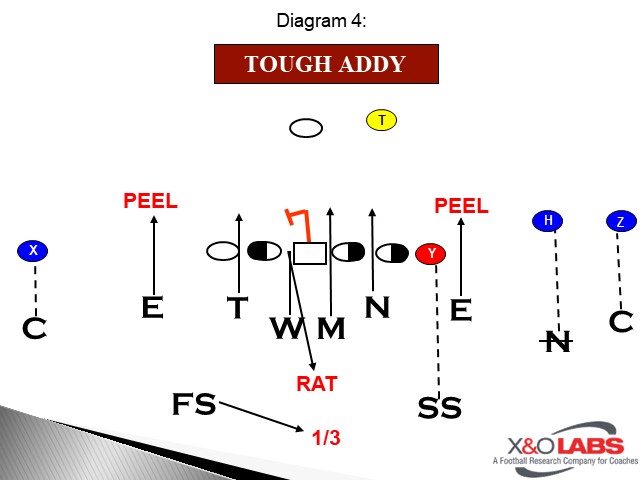 Any normal split by the inside receivers or the Tight End, outside leverage will be used by the inside cover guys. When this occurs, one of the inside linebackers becomes a “Rat” or low hole player. Blitzers are taught that they are all responsible for the coverage on the running back. Blitzers need to understand to “peel” if the RB flares/swings out of the backfield and will “Bury” the RB when he remains in the pass protection. If we “Bury” the RB, we want to engage him and drive him back to the QB. By doing this, we prevent the possibility of the RB releasing out into a screen.

The alternate blitz pattern of Addy is called “Pick”. Pick is similar because the blitzing inside linebackers will still read the turn of the center. However, with “Pick”, the LB away from the turn of the center will “Pick” and work through his near hip. The LB to where the center turns will wrap tight from the picking LB, like a defensive line twist or game. 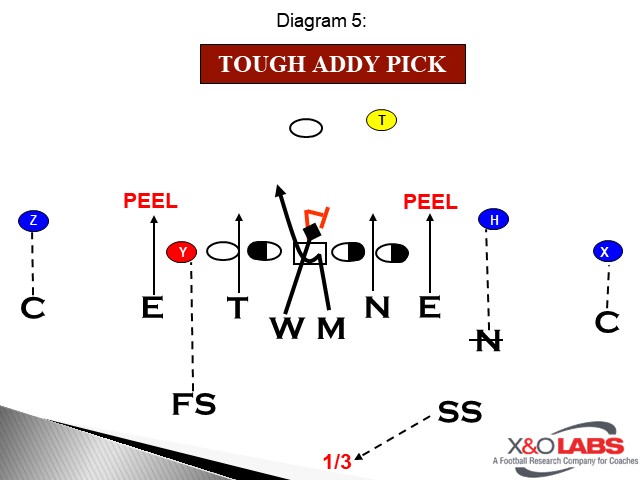 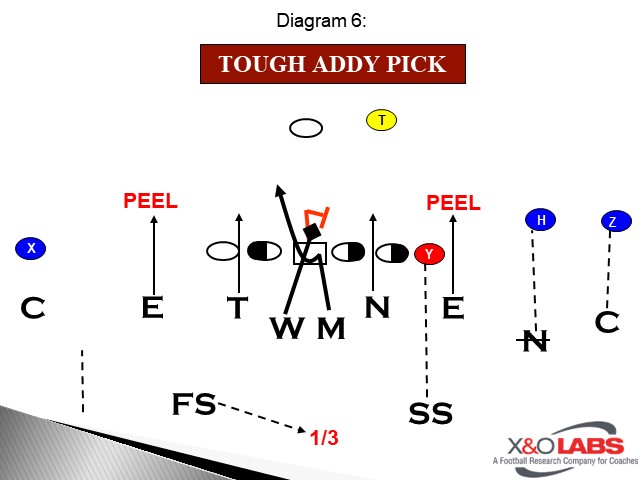 To study game film of the Addy Pressure, click on the video below: