The 2020 season produced a ton of first for the Indiana football program. A final #12 ranking in the AP Top 25 was the first since 1988. It was also the first time in quite a while that the Hoosier defense led the county in takeaways, producing over 2 steals per game. It was also number one nationally in red zone defense, producing a 64% win percentage in that area of the field.  Much of that success was directly attributed to the Hoosiers trap pressure package, which they ran on over 40 percent of snaps. It was built as a complement to change up the looks, and the single high windows that Indiana was using in 2019 on over 87% of snaps. “We were getting killed in the RPO and vertical game,” defensive staffer Jeff McInerney told me. “These sims gave us a way to hang in there against the run and to play better against RPO’s. And that’s why we did it.”

It turned out to be a great look in the red zone and, as detailed below, against condensed formations. “We ran it all the way to the goal line,” Coach Teegardin told me. And since losing defensive coordinator Kane Wommack to the head post at South Alabama- who currently is among the nation’s leaders in red zone defensive efficiency- the Hoosier’s have yet again changed their defensive identity. But last summer I had the opportunity to meet with outside linebackers’ coach Kasey Teegardin to talk specifically about the concept and how he used it to defend the multitude of offenses in the Big 10.

CB’s - Indiana doesn’t rotate its corners. They play both left and right.

Indiana’s trap pressure simulations are categorized by the following: 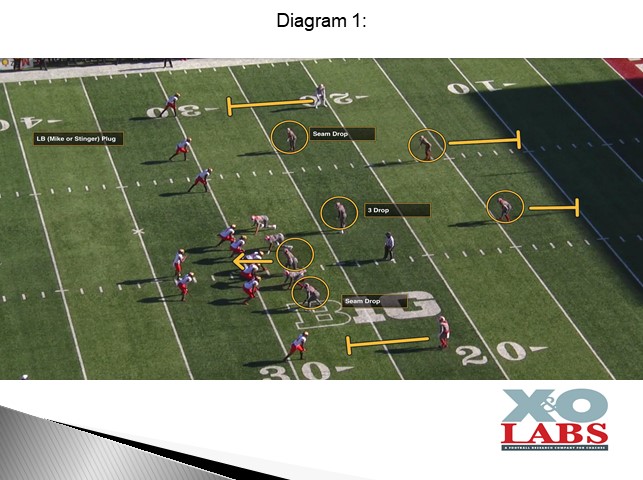 They are named after fruits and are built off two common front structures based on the placement of the 3-technique in the Hoosiers four-down outfit.

“Apple”- 3- technique is weak. Tells the 2i technique is in the boundary. Nose must loop for contain when pass develops.

Below are two pictures of either Mike or Stinger Pressure from the Apple front. 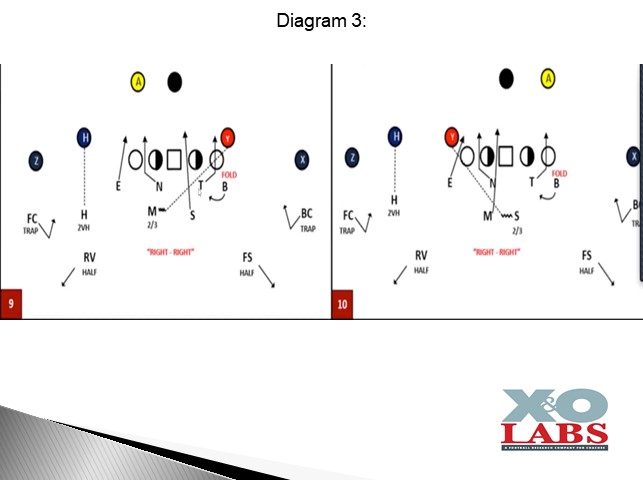 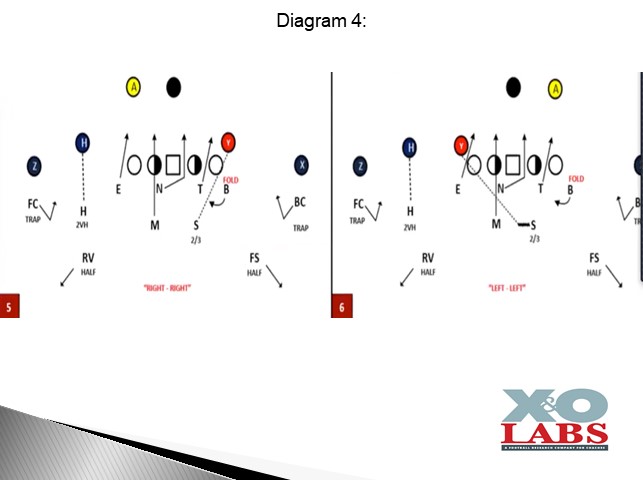 “Radish”- Tells the 3-technique to go to the field; Nose must be looper and take the trip for contain.

Below are three pictures of either Mike or Stinger Pressure from the Apple front. 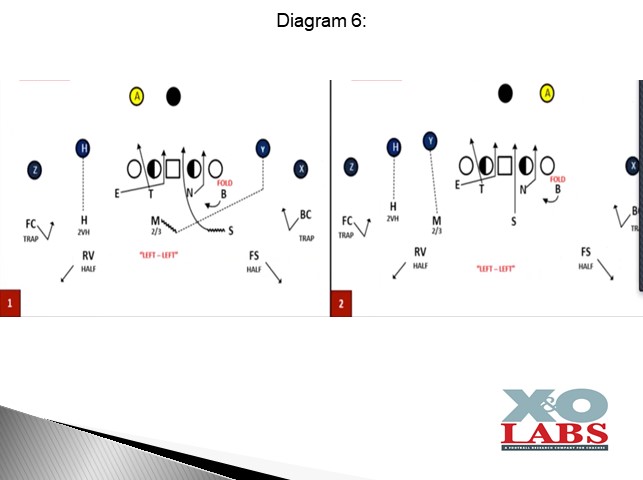 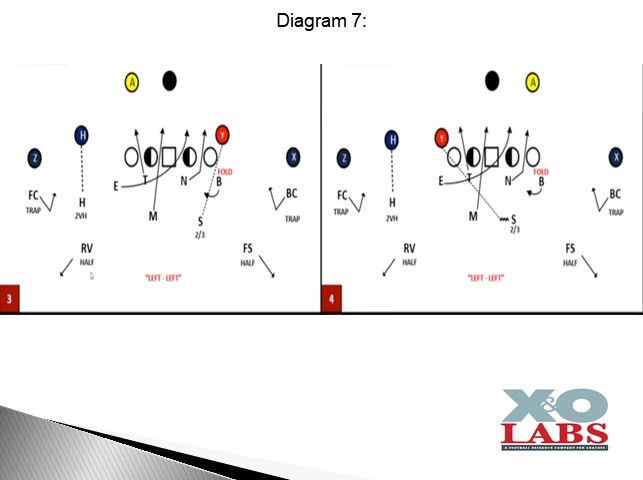 Below are two pictures of the Mike pressure from the Melon front: 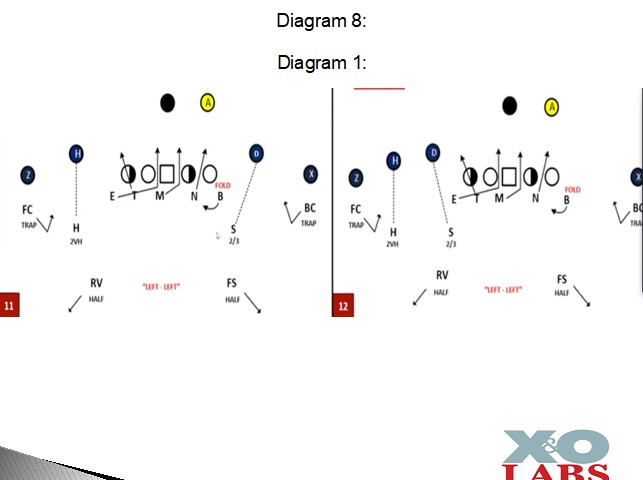 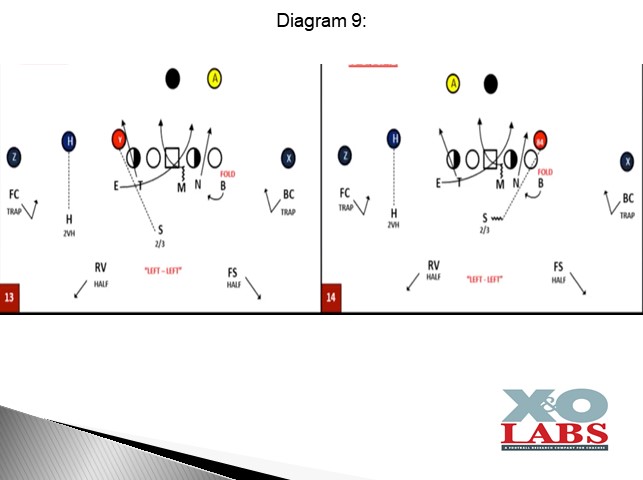 These pressure can all be checked based on “by rules,” either 2x2 or 3x1 formations. In most cases, the Mike pressures in 2x2 and the Stinger pressures in 3x1. Another option is tagging the pressure to the back. All of which is explained later in the report.

Like all defensive coordinators, we’ll start with the coverage structure. These are two-deep, trap coverage simulated pressures which means that the corners will be asked to play the flat and be in run support. With a four man simulated rush, the seven coverage defenders will lay out in the following progressions:

Of course, who these defenders are will be predicated on the rush itself. As detailed later, the “Bull” or boundary defensive end can often be added to the rush as a fifth rusher based on the formation structure.

The coverage is the coverage, but why these concepts worked so well in 2020 basically comes down to how Coach Teegardin and the defensive staff under defensive coordinator Kane Wommack were able to “steal” defenders in the run game, by alleviating them from pass responsibility. That came in two ways: with pre-snap communication from coverage defenders to trigger blitzes by formation and the post-snap “Center read” principle that was built in for the Mike and Stinger to quickly identify and react off block progressions to get an extra defender in the run game.

The rest of this report focuses solely on these two important distinctions.