Throughout the years we have always been a primary fire zone team with our pressure game. While this is still the basis of our blitz package, we needed to find ways to combat the quick throw and RPO game that many teams have begun to utilize to gain the advantage over the defense. The problem we were running into was that offenses were able to take advantage of the windows in our zone drops whether we would bring pressures or just line up and play. In addition, we would get stuck in the “we have always done it this way” rut and possibly became predictable to our opponents who know we always play zone in our base looks and behind pressures.

In football, the word “pressure” is one often associated with blitzing and in most cases, it is true. That said, we began looking for ways to pressure the offense with a combination of what we would call “sight pressure” and our normal blitz game. We work hard with our kids on the concept of presentation. Our goal is to present the offense with a base zone look and use late movement to help deter the quick throw or RPO adjustment when we would bring a blitz. This is why we decided to incorporate some of the man coverage principles to combine with our zone coverages to keep the offense in limbo while maintaining the integrity of our run fits. While certainly not perfect, we feel these adjustments have been a great benefit to us defensively. This report will present ways that we have adjusted using our base personnel and our nickel (star) personnel.

Our base defensive scheme is a hybrid 3-4/4-2-5. The following diagrams will show our base and nickel personnel aligned versus a 2 x 2 formation. 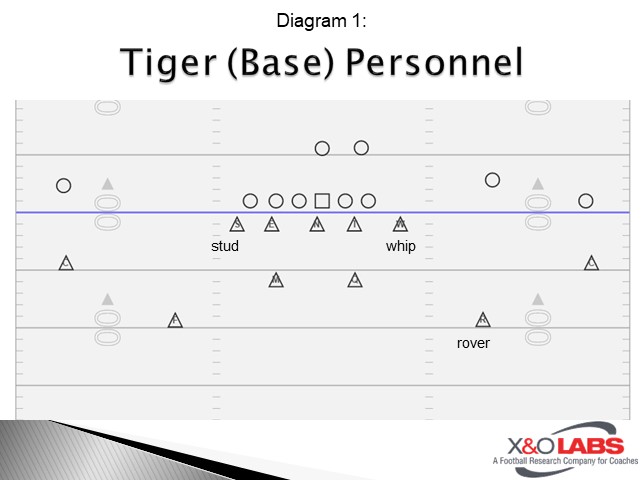 Note: Our Rover and Stud would be similar to the Star/Money types respectively in that system. 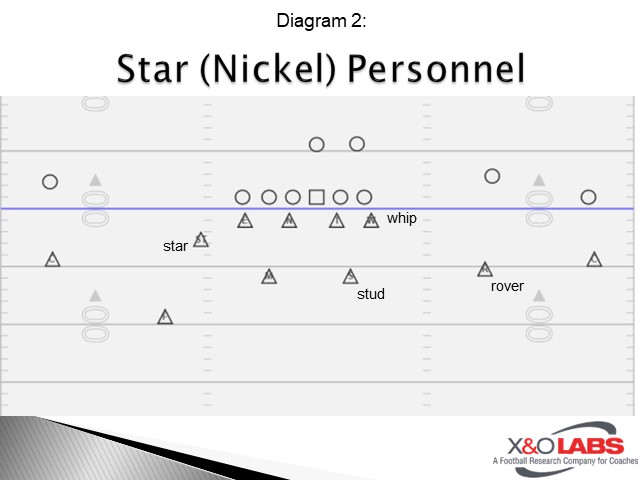 The next diagrams will explain our run fit terminology. We feel this is an important aspect of installing our pressure packages so our players know that their fit doesn’t change with the call. In every way possible, we like to live by the mantra “alignment doesn’t change assignment.” While the offense can create a few “trouble areas” by formation against some of our man/zone schemes, we nonetheless feel we have remained as consistent as possible. 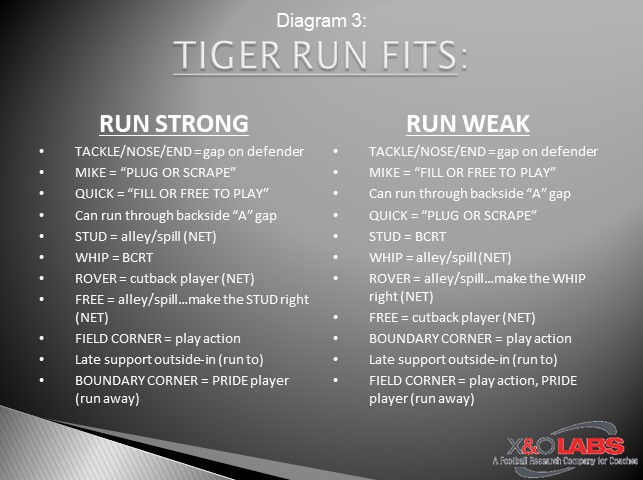 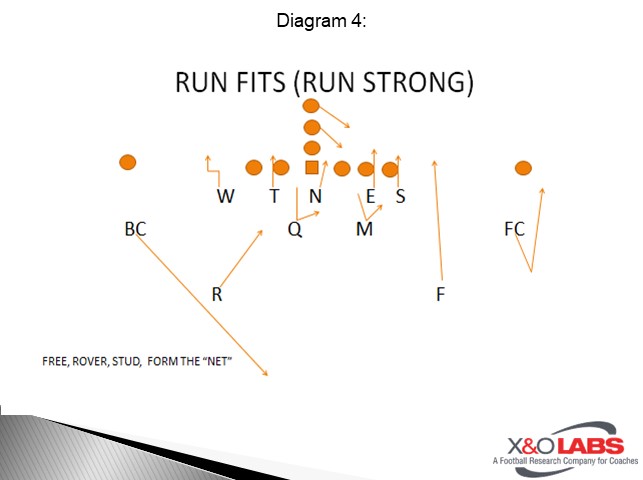 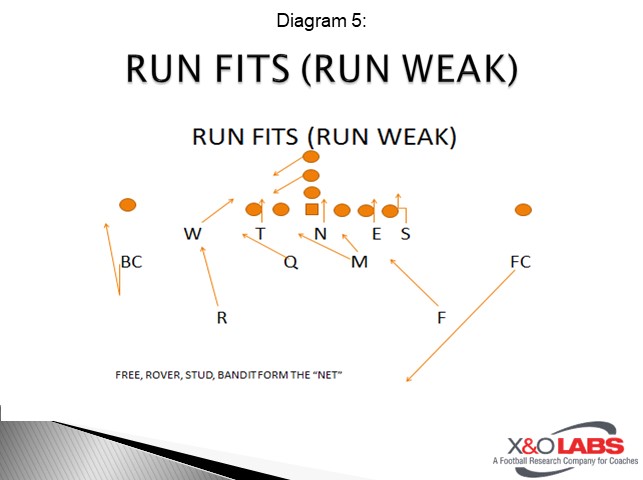 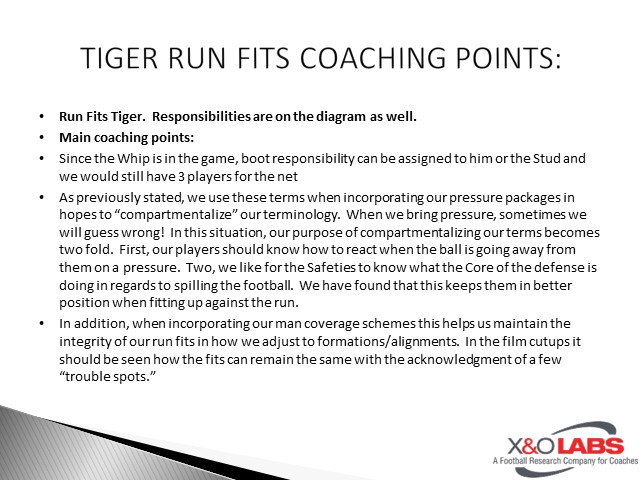 As previously stated, we try to present the offense with our base quarters looks as long as we can before moving into our man schemes. We tell our players to move as late as possible and if it happens post snap then so be it. The intention is to “pressure” the offense by changing looks and affecting the quarterback. There are also times where we decide to “show” the offense right away what our intentions are just to create potential smoke and mirrors. In the film cutups, you will see us aligned in the look right away but understand the intent is to always present a zone quarters look.