In the first two cases of this study, we addressed the fun part of creating zone pressures, designing pressure patterns and mixing them with the proper corresponding coverages. Once that information is assimilated, the task for any defensive coordinator shifts to designing these pressures to attack an opponent's offensive structure and scheme. Remember that any of these pressures can be run with a myriad of coverages. The challenge is selecting the coverages that work for that particular week while still keeping it streamlined for defenders to play fast on game day.

In case three, we present our research on which particular pressure patterns and coverages work best against certain offensive personnel groupings and play concepts.

Editor's Note: The following information is our editorial opinion based on film study. It is NOT the perspective of Coach Kuchinski or the defensive staff at the University of St. Thomas.

The University of St. Thomas defensive coordinator Wallie Kuchinski told us that in order to stop the run he will do two things: Either run zone pressures or play double eagle defense. That's the extent of it. Since this study is focused entirely on the former option, we wanted to research exactly how he and the defensive staff design their pressures to attack the offenses he sees in his conference. But before we present our assertions on this, Coach Kuchinski provided us with some general guidelines on how he plans his pressure package. There are certain "umbrellas" that his pressure system falls under. They are as follows:

Using those guidelines, Coach Kuchinski and the defensive staff now begin the process of plugging which players they want into the following responsibilities, all of which are detailed in case one:

This is where a coach can get really creative based on the scheme the offense is presenting. Each pressure pattern is structured differently. For a frame of reference, the five most common pressure patterns we researched are below. Again, they are all presented to the strong side, but the pressure can easily be flipped to the weak side as well. 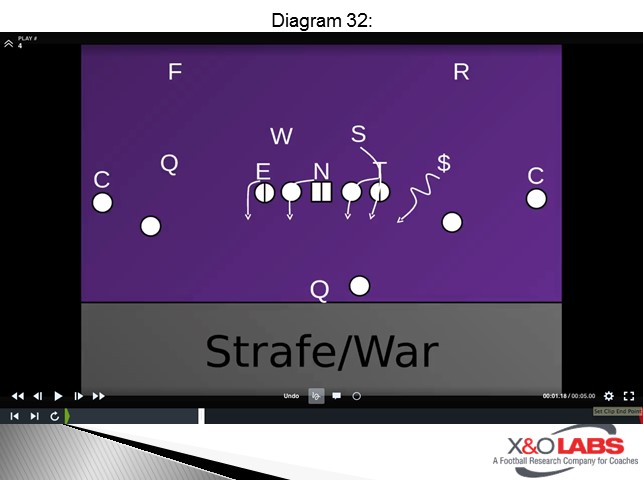