One of the benefits of operating in an odd outfit is the ability to check pressures based on formation and backfield location. At Downingtown East High School (PA), 3-deep, 3-under fire zones make up nearly 70% of calls for defensive coordinator Brandon Noble. Coach Noble formats his defense into “left” and “right” or field and boundary alignments. As a 3-4 structure, he operates from the following personnel:

Coach Noble, a former NFL defensive lineman, believes in continually putting pressure on a high quarterback and an often inexperienced offensive line, forcing them to make decisions in real-time. "More often than not the defense will win," he told me. "All we are trying to do is get a one-on-one battle." In this report, Coach Noble details his fire zone package and how he had to evolve it into pressure checks to be adjustable in handling the various formations that can stress a field defense.

In this report, we will explain Coach Noble's middle, field, and boundary pressure patterns and how each is adjusted to handle overloaded formations to the field.

The interior pressure patterns in the Downingtown East system are designed to attack three-man surfaces in the run game. Coach Noble will term it "Mow" or "Wham" alerting his two inside backers to activate the pressure. 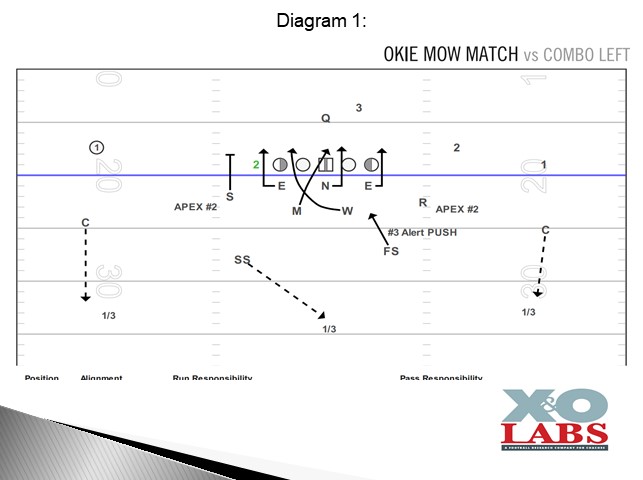 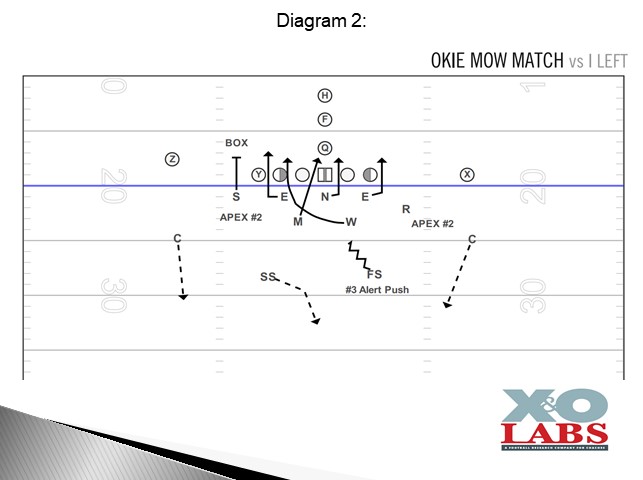 The Mike and Will are the penetrators here who will work off the A and B gaps respectively. The Nose will work into the A gap opposite the pressure. In "Wham," the Will is the A gap penetrator while in "Mow" the Mike has that role. The A gap penetrator works the hip of the Center as an aiming point and the B gap defender works the outside hip of the Guard as the aiming point. The boundary safety (FS) is the inserter to relate to number three. The Ram and Sam are the two relators or hook seam defenders.

Raw cutups of the interior pressure can be found below:

The boundary pressure pattern in Coach Noble’s system is termed “Raw/Wolf,” where the Will and Ram are activated into the pressure.  “Raw” tells the Ram he is the outside edge pressure defender while in “Wolf” that assignment is given to the Will linebacker. 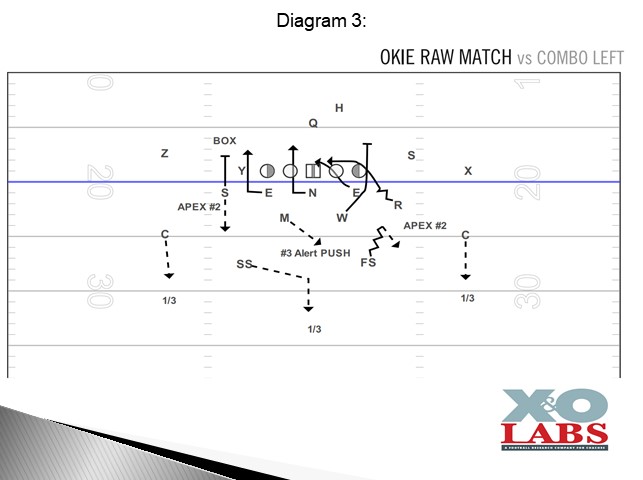 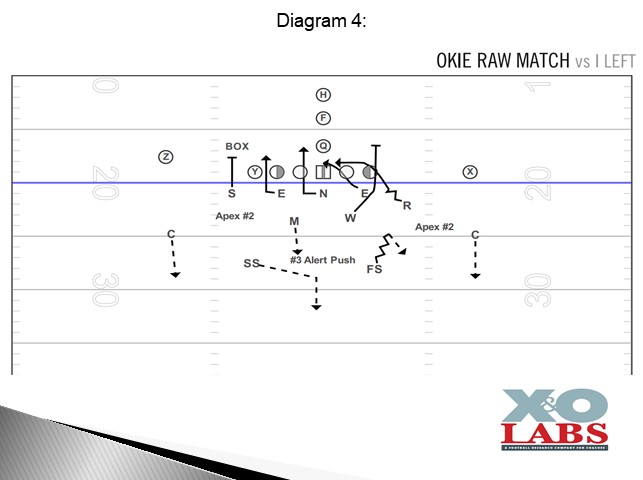 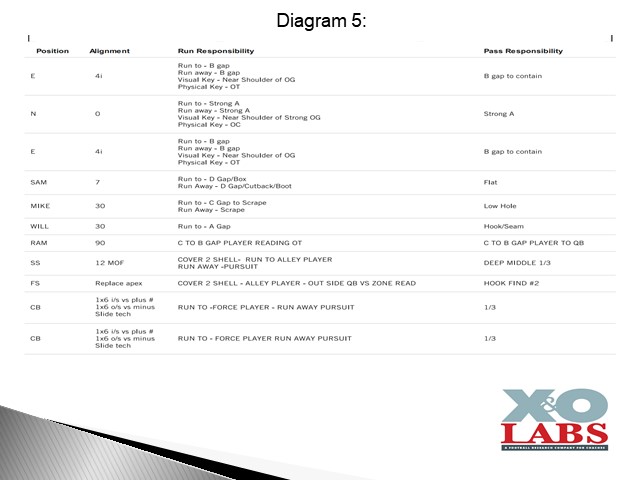 The Free Safety inserts to be the hook/seam defender with the Sam to the field. The Strong Safety handles the thirds with both cornerbacks. In any of these pressures, Coach Noble teaches a "jugs" or "knife" technique. With any run action away from them they read the next adjacent offensive lineman. If lineman come at them, they work underneath it. If the lineman is away from them, they chase the hip. 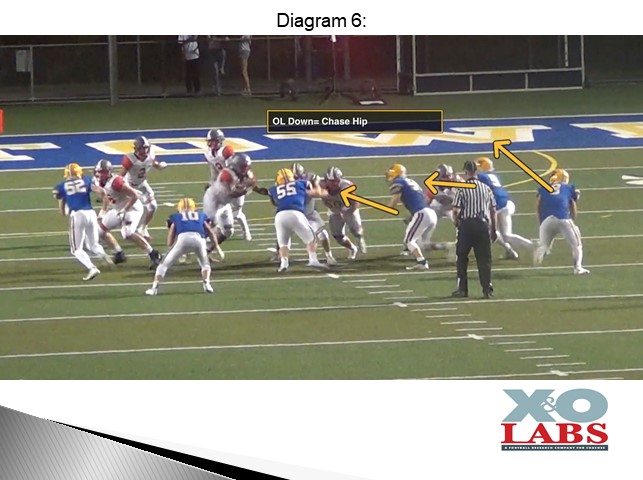 Raw cutups of the boundary pressure can be found below:

Field pressures are termed “Mass,” with the Mike and Strong Safety activating. The Nose works in the A gap away from the pressure, the Mike works off the B gap while the Strong Safety is the B gap rusher. The Will now becomes the low-hole defender and the Free Safety and corners round out the thirds coverage. 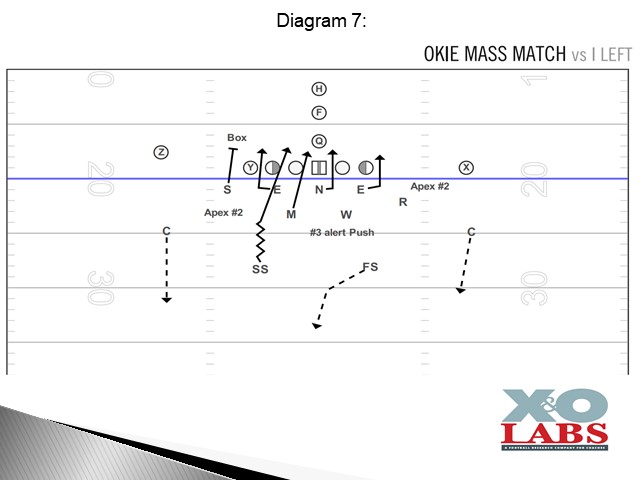 Often it's the safety that becomes unaccounted for in the pressure. "I'm a firm believer in bringing the safeties, particularly if they are linebackers,” he said. “At the high school level, nobody accounts for them in protections.”

Raw cutups of the field pressure can be found below: