Shuffle to Sprint Technique for 2-Players in Hot Pressures

Blitzing six is and has been a successful choice for defenses for years. The question is, how do you cover it without playing the obvious zero man coverage? The answer is zoning it with five defenders. 2 Under 3 Deep coverages give you the best of the 6 man pressure with sticky coverage of the threatened underneath players, and over the top help with 2 of your 3 deep droppers. It was a concept we played on more than 94% of snaps this season en route to a 14-1 record, among the best in school history. In this report, I will detail the coverage responsibilities of each defender and how we adjust to open formations. 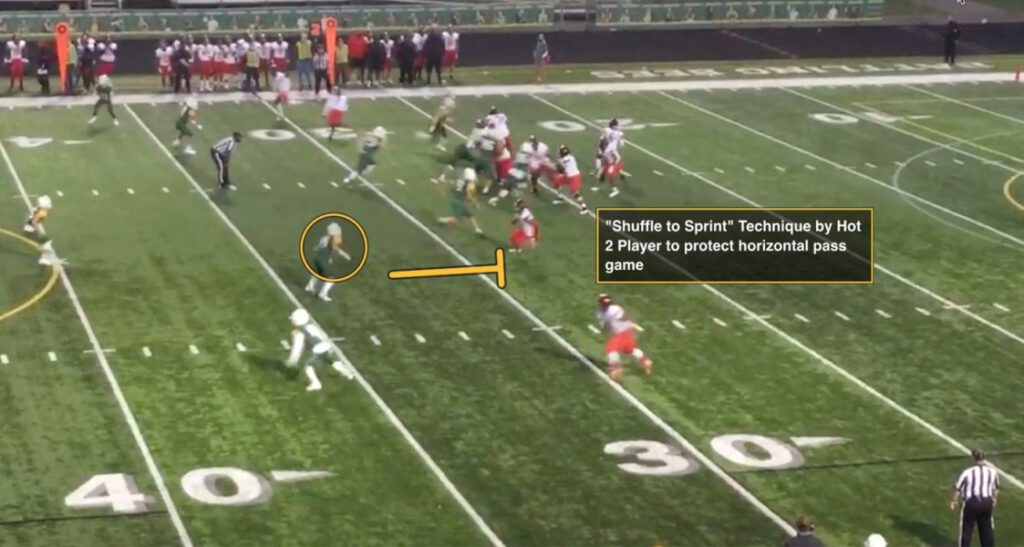 Building in the pressure patterns is where the fun comes in. In these hot pressures, you can fill six gaps any way you want. We mustn't have pressure players in a single wave. They need to be on different levels. Some of the thought process we partake in each week includes the following:

We use the following terminology in our pressure patterns. They are all weapons in our hot pressures:

“Bomb”- Coming off the edge from the tail side (RB side) which is good vs. zone

“Railroad”- Coming off edge away from RB side. Good against counter schemes

When it comes to defending the run, we make sure all blitzers understand they are spill players forcing the ball out to the Hot 2 defenders. Below are some general guidelines we use in defending the run: 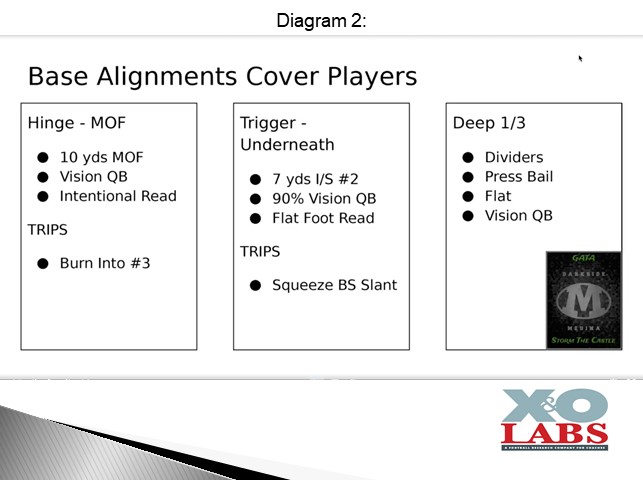