When RPO’s, smart quarterbacks and four vertical concepts were prying Travis Niekamp and his defensive staff out of the 3-deep, 3-under zone pressure world they had to make some difficult decisions on how they were going to fit the run. He knew that two trap coverage would be sound against heavy personnel run game, but he didn’t want to put too much responsibility on corners to make tackles. After all, this was the Missouri Valley Conference country, where the average ball carrier can tilt the scales over 200 pounds, which is an inherent mismatch for the 175 lb. corners he had in his system. 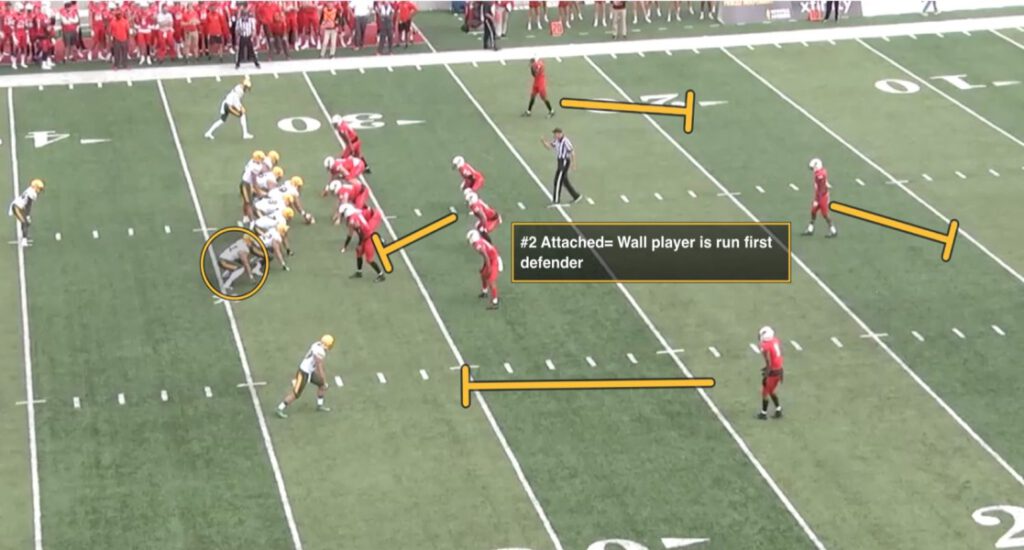 So, he and his staff decided to do anything in their power to make sure the two best tacklers in his system- the Mike and Will- get as much action as possible. Makes sense. But in four underneath coverage, at least one of those backers had to wall vertical routes by number two. The process he used to train the eyes of those backers to get in pass windows and become active in the run game was of extreme importance. How he did that is the focus of this report.

Sure, MVC isn’t exactly the Big 12 in the RPO world, but Coach Niekamp did concede that the two-trap system did hold up well against the types of RPO’s in that conference such as slants, glances and bubbles. While it’s not a heavy RPO conference- he says he’ll only see 3-4 concepts per game and he credits the two high look in being able to get color on color (bodies on bodies) in early downs, situations that are most synonymous with RPO’s. The pressure was able to speed up the clock of the QB. “It helps us be aggressive on bubbles,” he told me. “That’s why we went to trap coverage.” With the field activations described below, pressure is right in the quarterback’s face with what he calls a “fence” defender being able to handle anything vertically based on the formation presented.

In its Odd look, Illinois State will rely on two types of pressures- field and boundary. The field variety will take shape in the following patterns:

It’s called “Strike” and is essentially a two off the edge system. Below are the base field activations against two-back formations: 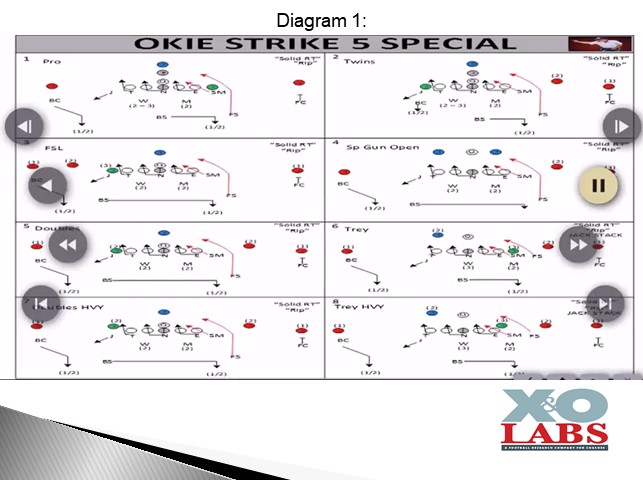 These are coupled with boundary activations, which usually take the shape in the following patterns:

Predominantly it’s halves coverage to field. In most forms the opposite safety works over the top to the side of the pressure playing a mid-point technique- although that has been altered last spring as I describe later in the report.  He will be asked to handle the vertical of number one. Boundary coverage is going to be some form of quarters or man coverage.

The difference in this scheme is in the play of the corners. As shown in the diagram below, corners to the side of the pressure are secondary contain defenders, not primary contain defenders against the run game. And in the pass game corners will play with inside leverage and read two to one. If two goes out he can be aggressive on it. If both are vertical, he works to sink and protect the hole shot to the field, which in Coach Niekamp’s opinion doesn’t happen very often. 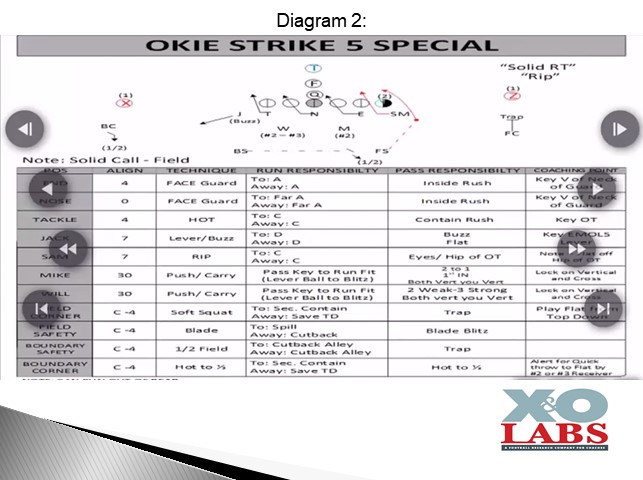 The focus of the rest of this report is what Coach Niekamp calls “face” and “level” technique, which is taught for each defender to cancel gaps up front and keep the ball in the box, not on the perimeter.