Designating Attack vs. Free Rushers to Defend Screens and Draws

One of the most frustrating outcomes for any defense is when a draw or screen hits for a big gain. This was a common problem for me as a young coach especially against teams that had success throwing the ball. In this report, I will go over various concepts for either controlling a pass rush or controlling a pressure out of a 4-2-5 defensive scheme.

Designating which players will attack technique versus which players are free to rush the passer can be communicated either by a word or it can be communicated numerically.  For a controlled 4 man pass rush we use words or numbers based on the personnel of the offense as well as the down and distance tendency of the offense. I've listed the following examples of communication from the military alphabet for a controlled 4 man pass rush: 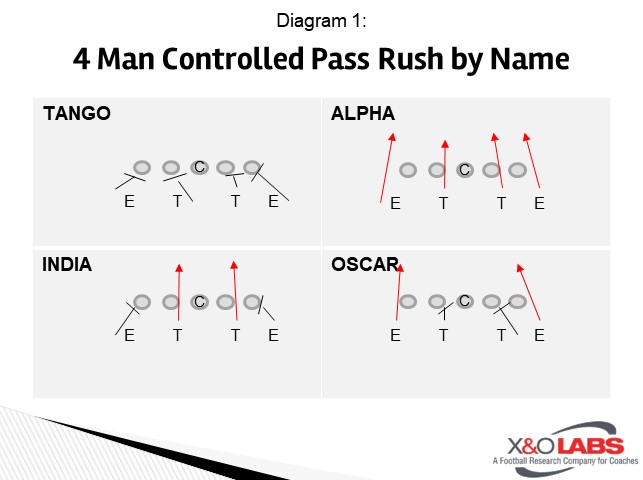