We’ll start by sharing something you may not know… 61 percent of you will face either a Single Wing, Double Wing or Wing T offense this fall. It’s a fact that has been confirmed by our research. Sure, these schemes may have the perception of being gone by the dawn of the forward pass, but the reality is these offenses are not going away and you’ll need to be ready to defend them. And if you’re in the majority of coaches (37 percent) that wait until game week to prepare for them, your chances of success are limited. In order to shut them down, you’re going to have to start now. But don’t take our word for it. Much of the research we present in this special report was targeted on coaches who specifically have had success against these schemes, those who have won more than 50 percent of their games against these offenses.

When we talked to these coaches specifically on how they were successful, all of them credited the success of their defensive line. So in this case, we are going to provide our research on how coaches prepare their defensive lineman on recognizing the blocking schemes of these offenses. More importantly, it details how hand placement and block recognition contribute to success along the front. These offenses are based on deception and one false step could mean one big play. This section will present what we found as the most effective fronts you need to be in and the types of techniques necessary to better defend the run concepts presented in these offensive schemes.

Before we report our findings, we thought it was necessary to detail the layout of this report. But first, let me explain what this report is not:

What we are presenting is our research on defending the Wing T and Single Wing offense as it pertains to the following components:

We also felt that in order to present the defensive viewpoint on defending these schemes, we needed to completely understand these schemes. So, we reached out to a select group of coaches who run the Wing T, Double Wing or Single Wing offenses, coaches who have won a total of 19 state championships, to simply ask them how they would defend their own offense. Now although they spoke candidly, they did speak anonymously (we don’t want to expose this secret society) about which kinds of defenses hurt them. We labeled these sections the “What Would (Wing T/Single Wing) Coaches Do?” 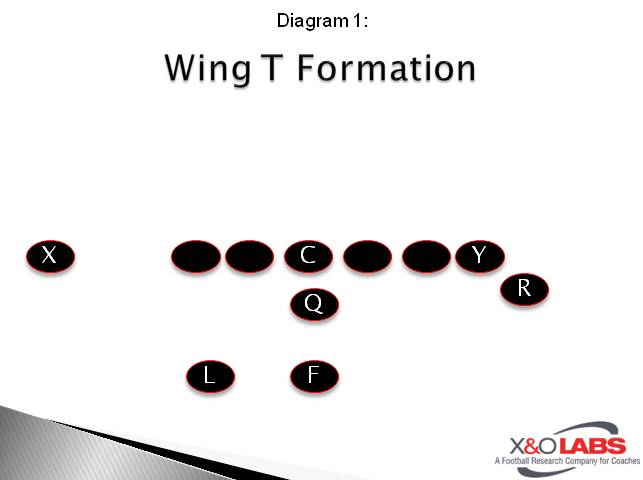 Single Wing offense: The Single Wing offense is centered around an unbalanced line of scrimmage that consists of a long side (center, guard, tackle, tackle, wing back) and a short side (guard, tight end). The backfield consists of a sniffer back, quarterback and running back. There may also be a single receiver on the flank (Slide 2). This offensive run game will consist of perimeter plays like Sweep and off-tackle plays like Counter and Power. 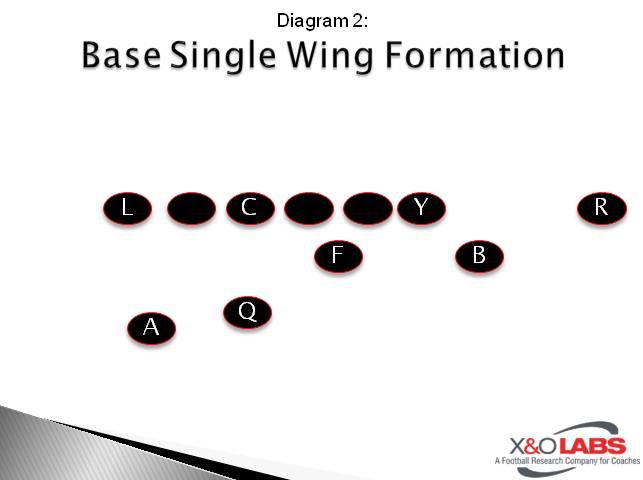 Double Wing offense: The Double Wing offense is similar to the Wing T, but presents a total of ten gaps on the line of scrimmage by consisting of two tight ends, two wing backs a quarterback and a fullback (Slide 3). This offensive run game will mix a good dose of off-tackle schemes like Power and Sweep with misdirection like Counter. 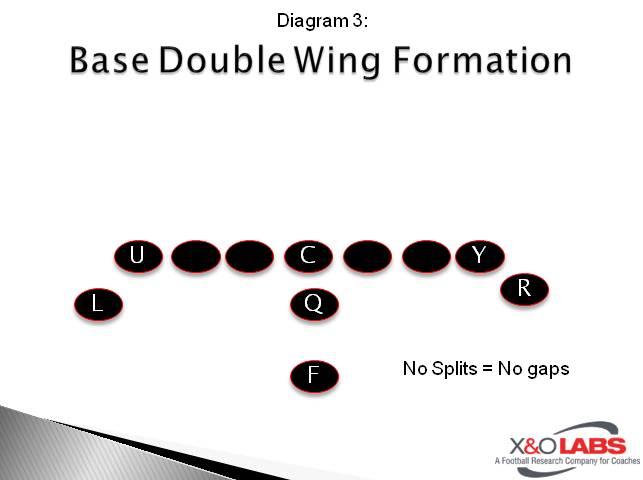