At the smaller classifications in Missouri, we see a wide range of offenses that we have to defend week in and week out. This includes everything from Double Tight, Double Wing to all out 5 wide spread and everything in between. Due to the different schemes we see each week, we wanted a defense that could adapt to any offense we might see. For that reason, we are very multiple in the fronts, blitzes and coverages we run.

Through our 2015 season, we played a total of 6 different Wing T teams. The Wing T seems to be timeless. No matter where you are, you can all but guarantee you’ll see a good Wing T team during your season. In my experience, the Wing T forces you to go to an 8-man front. Our team philosophy is that if you cannot stop the run, you’re going to be in for a long night. We base out of a 4-2 scheme, but run a fair amount of 3-3 as well. Our approach for defending with each of these schemes will be covered in the rest of the article.

The first thing we do when playing a Wing T team is chart their formations and tendencies. This will give you a good idea of what type of Wing T team they are. Since each Wing T coach is a little bit different, you must get inside their head and try to think how they think. When you have determined the formations, plays and personnel they play with, then you will understand the type of animal you are dealing with.

Although everyone has their own unique terminology, I will use Tubby Raymond’s verbiage because it is what I know best and the way I learned the Wing T. Most Wing T coaches will use some sort of the same verbiage but tweaked to their style.

The various types of Wing T schemes we see are:

Traditional – In this version, the basic trap, buck sweep, and waggle are the staple concepts. You will see a lot of 2 back sets, primarily 100 and 900 with Red and Blue mixed in. 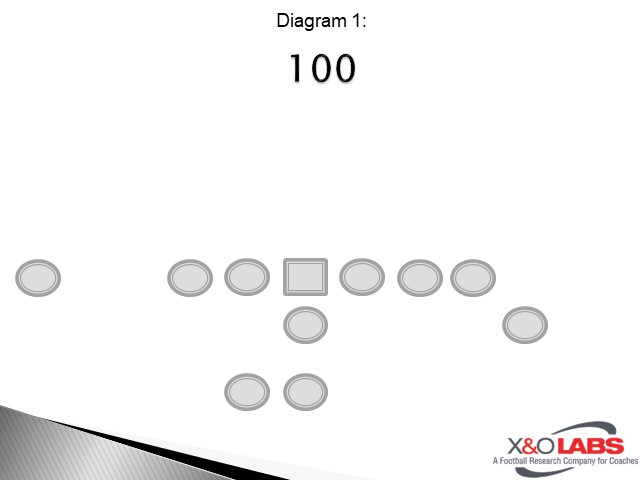 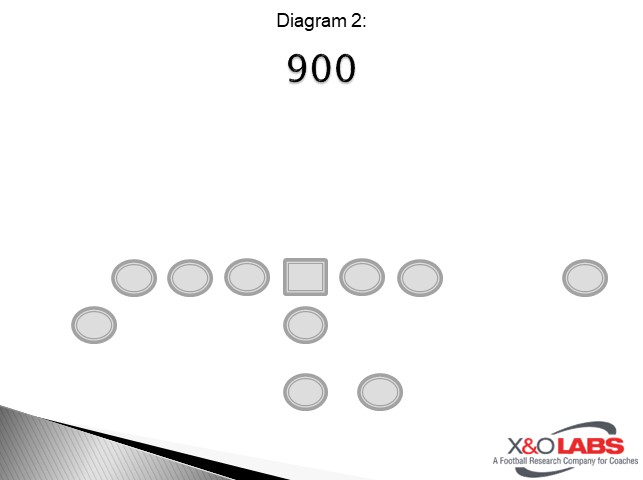 Hybrid – This version has more formations and motions with a ton of jet/rocket/buck sweep to the open side. These teams usually have a faster FB and will false key plays with their guards. It is more common to see Red and Blue than 100 and 900. 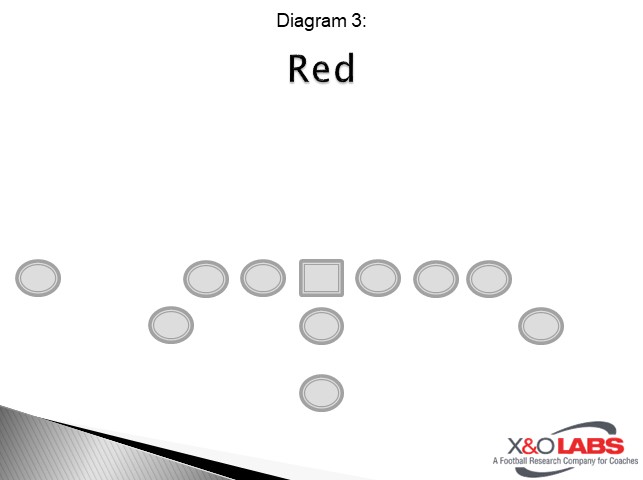 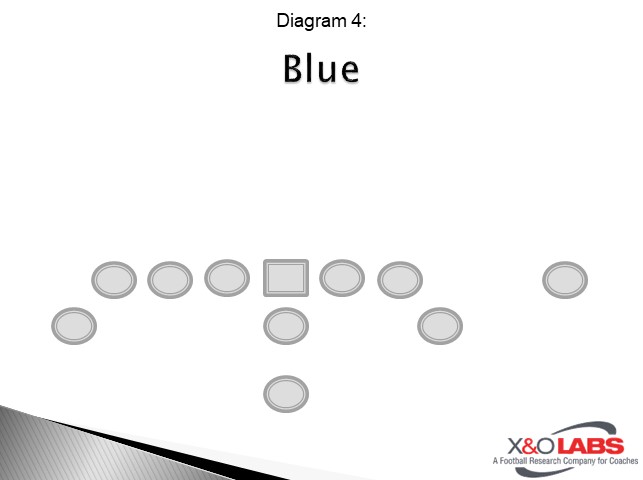 Unbalanced – This is more of a change-up for most teams than a base formation. We almost never see a true 4-man surface, but when we do we just slide everyone a man over. We do, however, see a fair amount of ‘X over.’ In my Wing T terminology, this is Right 100/Red and Left 900/Blue formations. Teams will line up differently as some will also go tackle over and others will just make the TE ineligible with the X receiver. 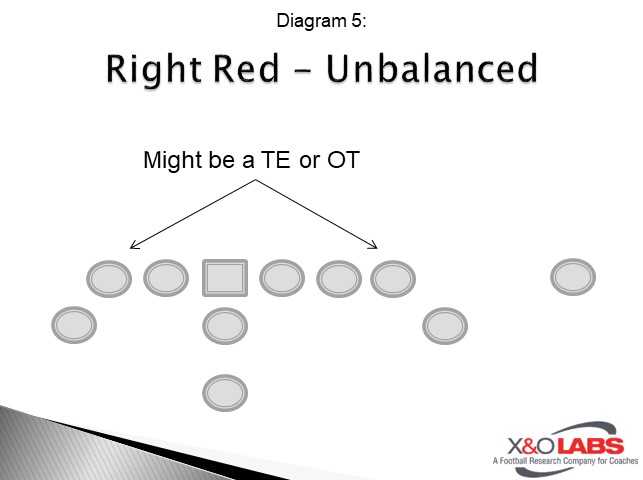 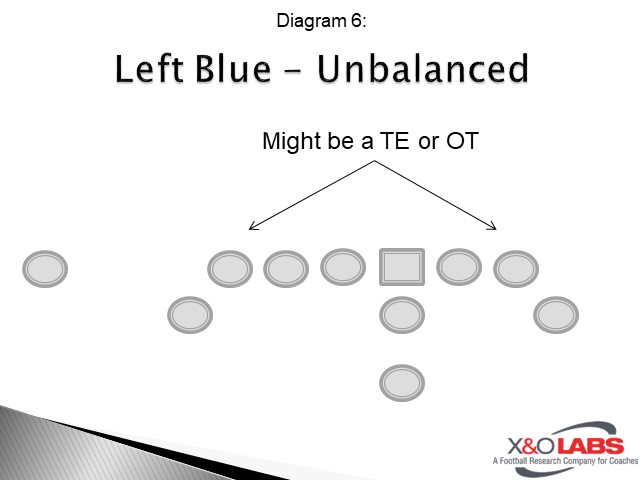 Spread – This version uses the Wing T concepts and plays but primarily runs it from the gun and some pistol sets. If you have ever heard Bruce Cobleigh speak, this is his scheme.

After we have determined the type of scheme we are seeing, we go to the motions this team uses. The beauty of the Wing T is that when motion is incorporated you will always be outflanked. In my opinion, you have to get a 9th hat (FS) in the box to match the numbers (discussed later).

Everyone’s terminology might be different but to me the main types of motion in the Wing T are: 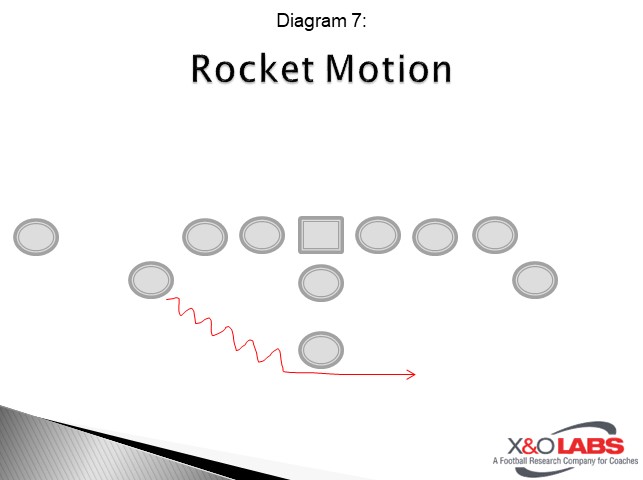 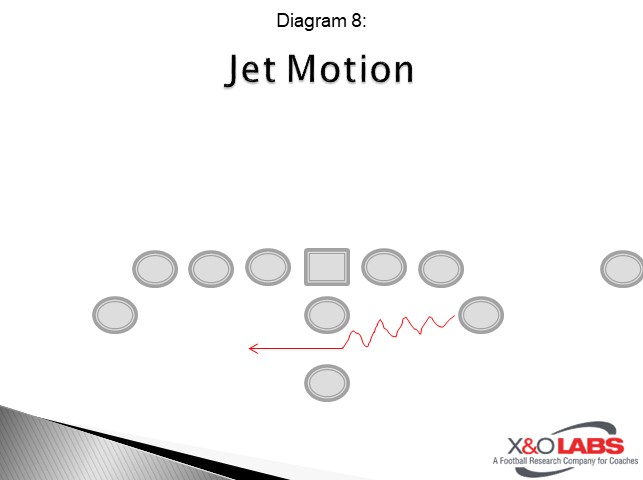