Now that spring football has firmly entrenched itself in the college football landscape, most X&O Labs researchers are out pounding the pavement for the newest trends and innovations in the coaching industry.  Your first evidence of that will be our report next week on the midline option – we already have our "bugs" planted at Coach Ken Niumatalolu’s spring practices in Annapolis.  So, instead of bringing you a full-fledged report on a topic this week, we’ve decided to respond to inquires based on our readers, which in essence of our mission statement.

We’ve been contacted by a number of coaches who were interested in researching different ways to defend the Ace formation.  For clarification purposes, the ace formation (Diagram 1) is based out of 12 personnel (two tight ends, a running back, and two receivers).  While it may seem like a symmetrical, balanced offensive formation – it can be very deceiving.  It provides numerous problems for defenses.  The problem we wanted to delve into was training those third level players like safeties and corners to effectively play fast in the run game.  The Ace formation puts a ton of stress on the defense because it forces those safeties to become involved in support.  Since we were pressed for time – traveling does that to you – we reached out to a couple of close friends on the defensive side of the ball asking them about how they defend the Ace formation. 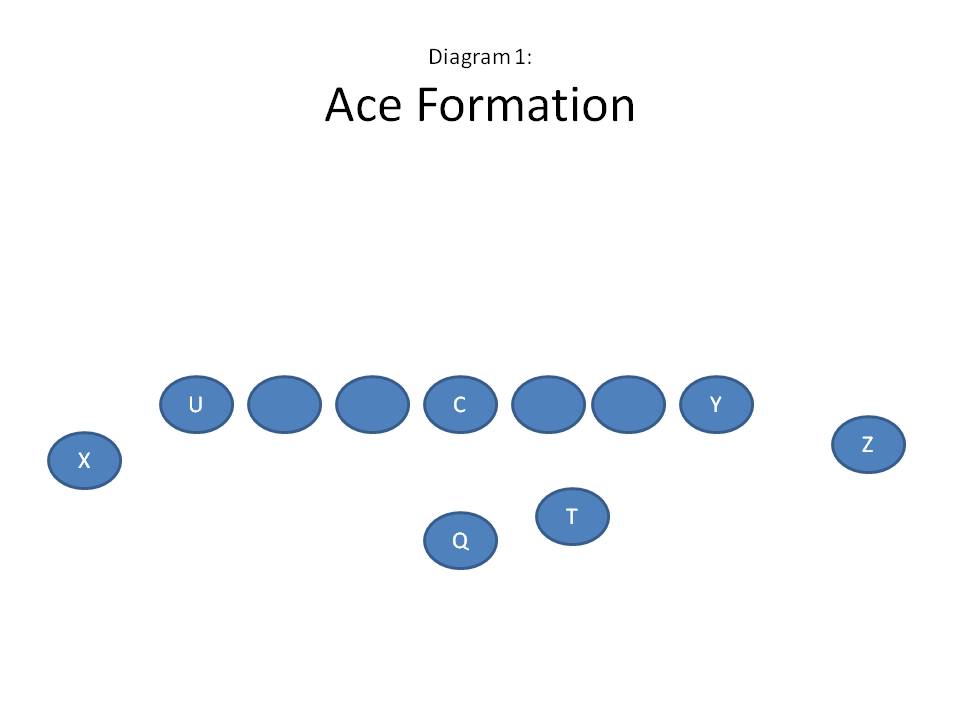 While it may seem like a no-brainer concept on paper, running the ace formation is pointless unless you have the tight ends to do it.  Therefore there are two primary reasons why offenses line up in the Ace Formation:

But before you start your game planning to defend 12 personnel, according to the coaches we spoke with there are some important questions that need to be clarified.

All this said, there are really three offensive concepts we’d like to focus on defending when it comes to the Ace formation – the zone run game, the boot/naked concept and any other nub side runs.  We realize that an offense can produce a myriad of problems out of this set.  We’ve found these three give the guys we spoke with the biggest headaches.