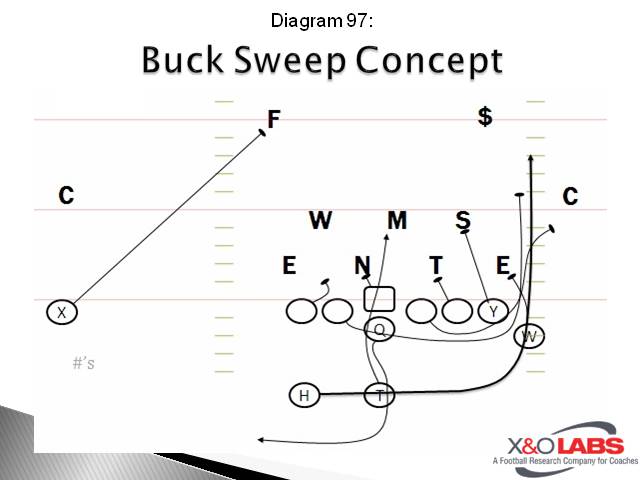 “Attack the inside shoulder of the wing with outside linebacker. If not blocked by the wing, squeeze and burst into the inside leg of the pulling guard to make the runner bounce deep and wide.”