3 Adjustments to TE/Wing Surfaces vs. the Wing T

The following research was conducted in part of XandOLabs.com special report on “Defending Unconventional Offenses.”

Aligning to the Tight End/Wing Surface:

Regardless of the offensive scheme, the tight end/wing surface can present a structural problem in a defense because not only does it provide for an extra gap (much like four-surface), but the wing off the ball can provide for an extra gap on either side of the line of scrimmage as well as a possible threat in the pass game. These formations are prevalent in Wing T, Single Wing and Double Wing offenses and a plan must be in place to defend it. It is these surfaces that Wing T teams prefer to run the buck sweep concept.

According to our research, 29 percent of coaches will align to a tight end/wing with a 7-technique with a walkup linebacker/safety as the D gap player (Slide 24). In this instance, the defensive end will play the C-gap while the outside linebacker will play the D gap. Since that defensive end may be the most pivotal defender against these offenses, because he is responsible for he C (off-tackle) gap, we wanted to present our findings for each possible scenario. 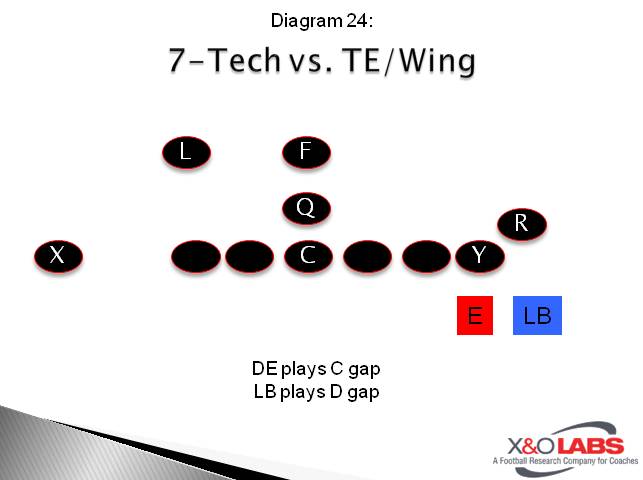 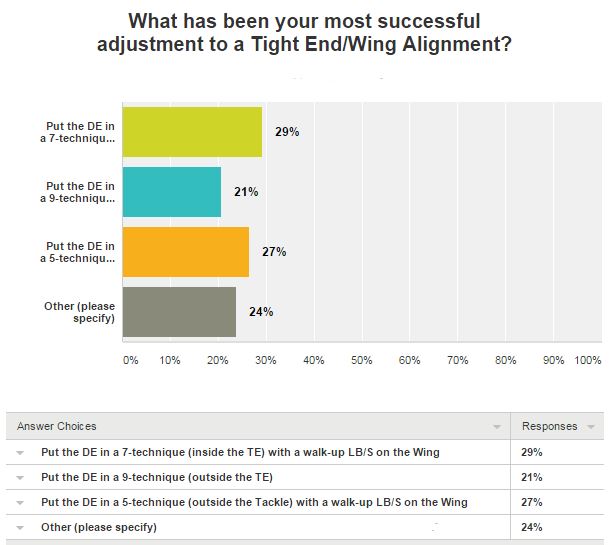