The chess match that is played on the field during a game is one that comes down to a few critical moments that will ultimately determine the outcome. Because of the high value nature of these situations, we call them “money situations.” While certain downs are more critical than others, all downs that give us an opportunity to get off the field are categorized as money for us.

As such, the game plan each week has a unique set of fronts and coverages for third down. We put a lot of effort into dissecting an offense in those situations to come up with a plan that will give us the best chance to get off the field. This article will discuss a few different coverage concepts that helped us maximize our third down efficiency over the last two seasons.

On third downs, the three most successful coverage concepts were utilized were Rat, Thud and Punch coverages.

Rat coverage is a single high man concept we use to take away the outside stem of pass routes, and funnel receivers to our two rat players in the middle of the field. Depending on down and distance, we will have short and middle hole rats, or middle and deep hole rats. The purpose of the rats is to take away shallows, digs, and posts.

Rat coverage also puts stress on offenses as it is designed to create five-man pressure if the back stays into block. The ILBs are responsible for the TB. Whichever LB the TB steps to has him, and the other becomes rat player. That LB that gets the back will insert, keeping the possibility of screen in mind as he goes.

The rat players will always be a linebacker and a safety. The funnel players will be the corners, the other safety and the OLB. 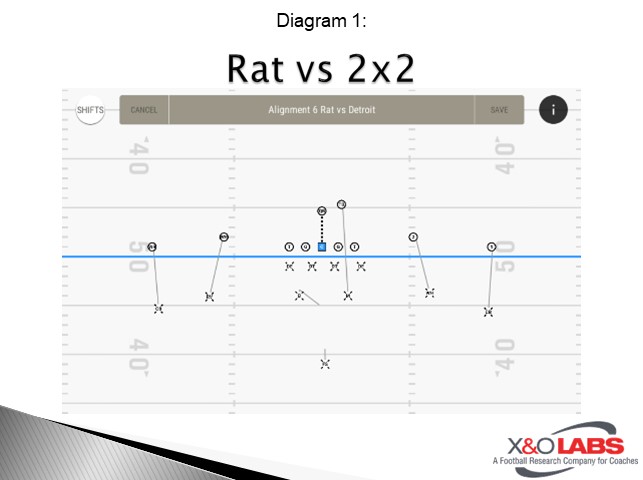 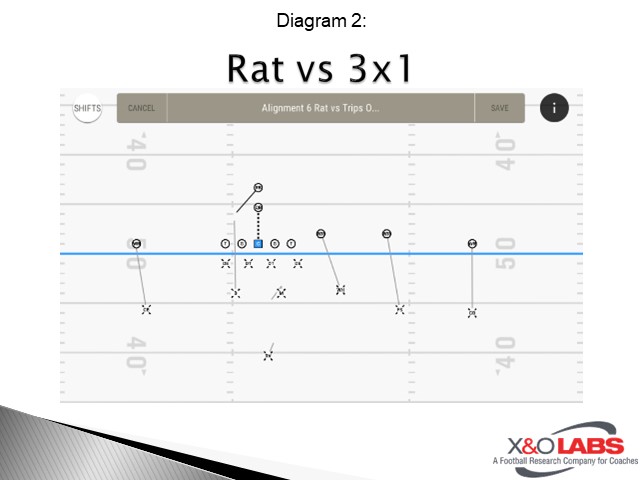 Using Rat Coverage
Rat Coverage can be utilized in any down and distance, and is our primary man coverage concept we like to use on third downs. Tag the coverage with different calls to indicate where the rat players should play (short, medium, deep holes).

Man coverage, but help inside from rat players

Editor’s Note: Coach Giancola has provided a clip by clip analysis of each of the plays below:

Clip 1: 3rd and 6.  Rat coverage with short and middle hole players. QB quickly looks to #2 on skinny post/dig, sees rat safety color and forced to pull ball down because of good coverage.