Training the Eyes and Hands of Defenders to Promote Takeaways

Three years ago, we made the decision that we would be a defense built on taking the football away from our opponent. Our priority on game day is to gain two or more takeaways. We stress the importance of takeaways in all our meetings.  We start every practice with a takeaway drill.  Over the past three years, we have worked hard to develop a progression that puts our kids in the best situations to get takeaways.

We define zone eyes as identifying the route of the receiver that starts the play in a position closest to the defender’s zone. The route will determine defenders first step. If the receiver is attacking the defender's zone the defender must step towards the receiver taking the space away. Our defenders utilize a 45-degree step outside and back when guarding against an immediate threat to their zone. We label our underneath zones slant of 1, seam of 2, and hole. Our high zones are 1/3, 1/2 and canyon. 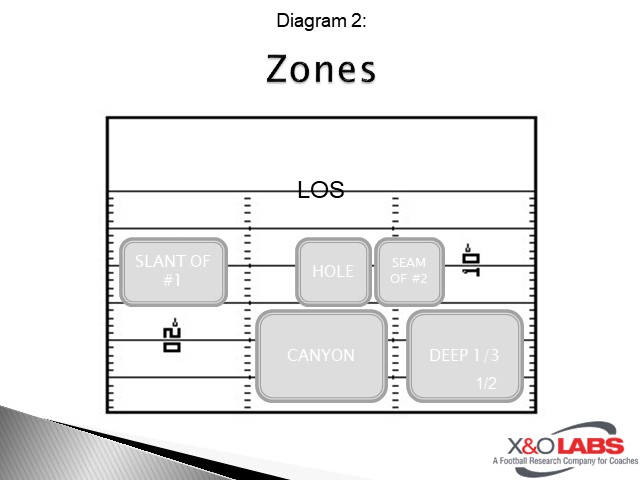 Zone eyes- is a technique emphasized in our skelly drill. Drilling zone eyes in an individual period during practice requires a player lined up in the position that will be a most immediate threat to the zone being emphasized. That player is labeled player A.  If the zone being emphasized is the seam player A would be lined up as a slot receiver.  Player B will line up as the defender in the alignment required by the defensive scheme. The coach will start as the QB. Player A will start the drill by stepping towards or away from the seam.  Player B will react accordingly. If player A steps toward the seam, then player B will execute the proper step to close the space in the seam and then get eyes to the coach to read QB intentions. If player A steps away from the seam Player B will keep patient with his feet and get eyes to the QB front shoulder to read QB intentions. 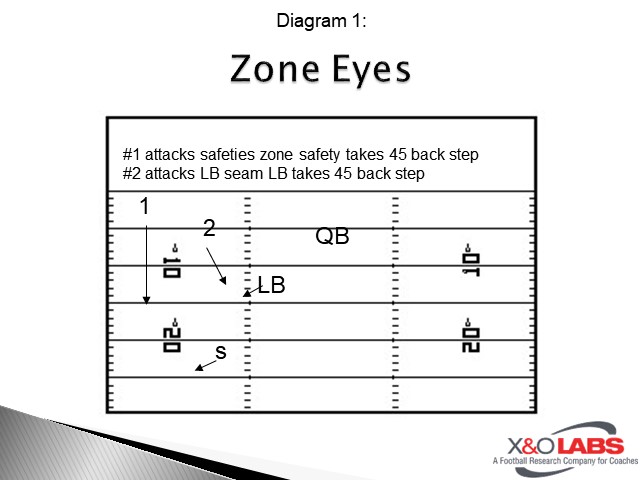 To study game film examples of this concept, click on the video below: