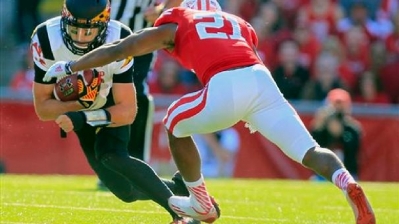 While coaches have different perspectives on the correct techniques in open field tackling, we found one constant goal: do what you have to do to get the ball carrier on the ground. Usually, this comes in the form of closing space between the defender and the ball carrier, coming to balance before contact and understanding your leverage on the field as it pertains to other defenders and the sideline. We found the following common errors as it pertains to open field tackling:

We presented the best way to fix these issues by producing what we felt were the eleven most effective open field tackling progressions complete with coaching points and video. We classified them into which of these problem areas they alleviate.

Editor’s Note: The following drills are cataloged in our drill film library. Insiders members can gain access to our entire drill and game film library, which contain more drills done by these programs.

Issue 1: Coming to Balance too Early on Ball Carrier