One of the most difficult things to teach football players at all levels, and probably receives the least instruction, is the fundamental of running with the football after the catch (or in open field on runs). Additionally, defenses are constantly looking for new ways to drill open field tackling without adding more contact to the game. Most states now have limits on the amount of contact time in practice, and coaches across the country are concerned about their ability to teach tackling without drills that use full contact techniques. In studying drills and film from places like the New England Patriots, Troy University, and West Virginia, we have come up with a few “Tackle/RAC” (run after catch) drills that we have incorporated into all seasons of our program development. These drills can be done any time, without pads, and without any contact. Additionally, if you were to review your own film, you would find these situations arise multiple times in a game and most practices do not have the time or structure in place to drill these situations. 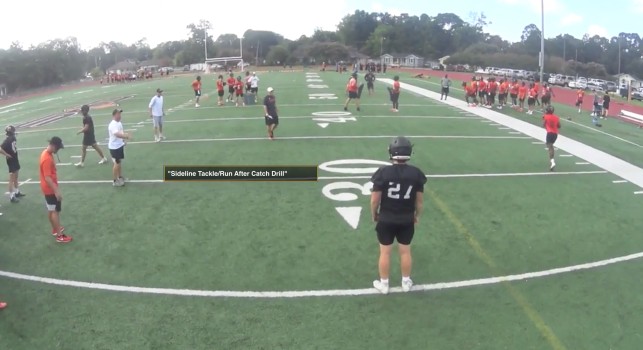 The first drill we use in our Tackle/RAC circuit is set up with two shield holders, an offensive player, quarterback, and a defensive player. The beauty of these circuits is that in a short amount of time, you can work a ton of players through the drill and get vast amounts of reps. Additionally, if you have two-way players, this is an easy way to drill simple things like catching the ball with hands, getting vertical after the catch, approach to tackle, shimmy, and striking with the correct shoulder on defense.

This drill could be done with full contact; however, we always use this drill with a tag off on the hip of the ball carrier. We can track wins and losses through the drill by determining if the defender was in a position to make the tackle before the 10-yard mark. 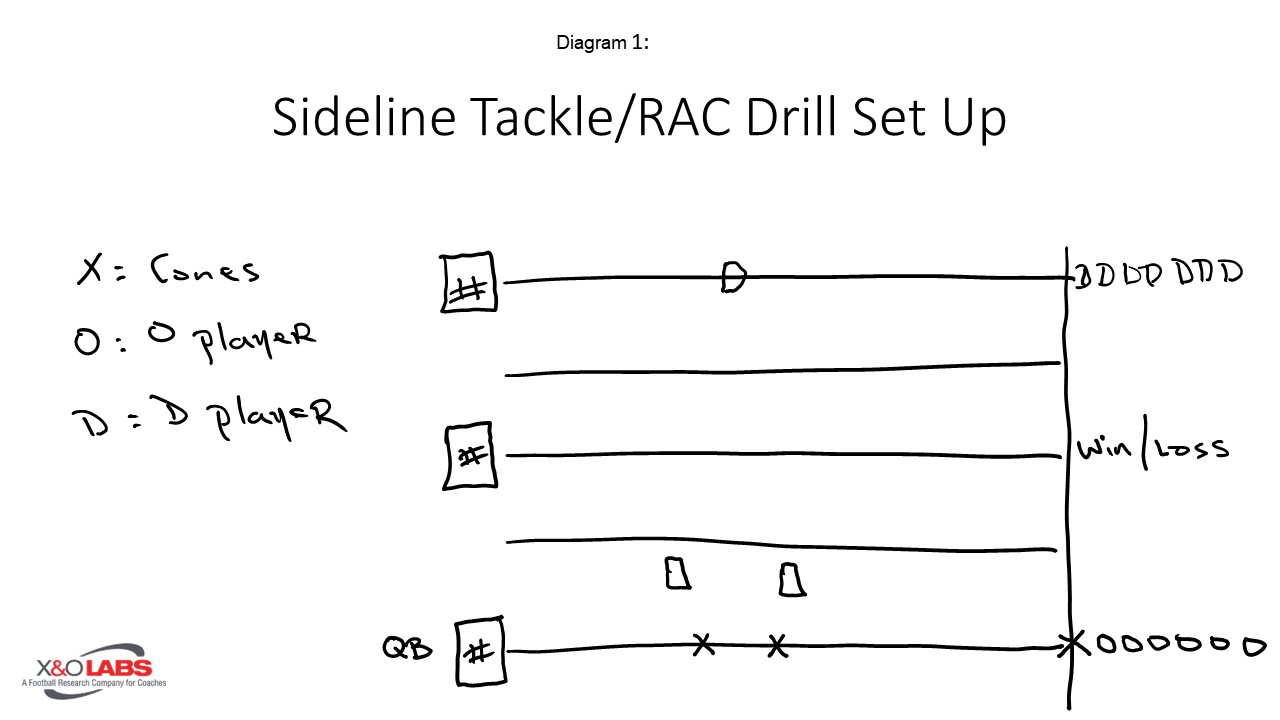