At the conclusion of the 2016 football season, our coaches took an in-depth look at what we needed to improve upon as a defense preparing for the 2017 season. We quickly found that many of our missed tackles and “explosive” plays came from bad pursuit angles taken by our defenders. The film showed that our defense did not have enough of an understanding of pursuit angles and holding leverage. We created a list of angles that our athletes found themselves in often and made this our focus in fall training camp. We made sure to cut out time every practice to teach and rep pursuit angles.

Where is your help? This is the question we always ask our defenders when they are approaching the football. To understand a pursuit angle, the defender needs to know where he should be forcing the ball to if he misses the tackle or picks up a block. A great defense always knows where their help is.

To increase repetition for our athletes, we did away with team pursuit drills. Since we were not taking time for team pursuit in practice drills, we had to be sure we were coaching it in team sessions. We coached the rules on the field and in the film room. We used meeting time to teach position pursuit responsibilities. All of our practice pursuit drills are either in a 1-on-1 scenario or a 2-on-1 scenario. This allows us to get a lot of reps in during a short time frame. 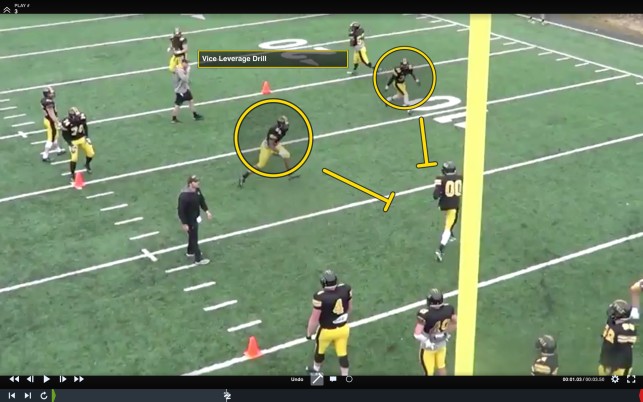 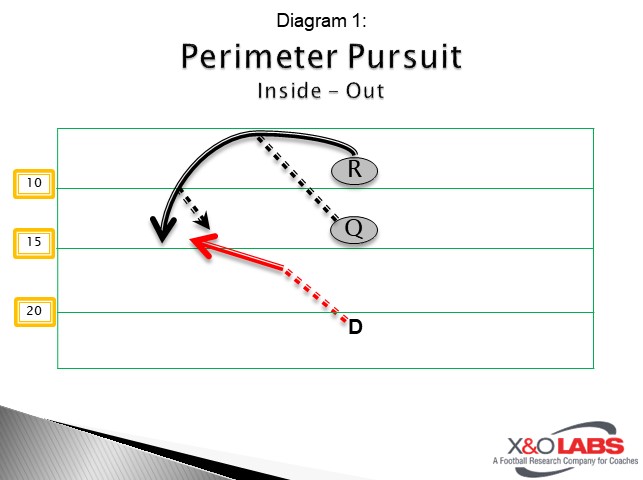