Odd Front vs. the Run – Case 1: Two Gap Vs. One Gap Technique on the DL 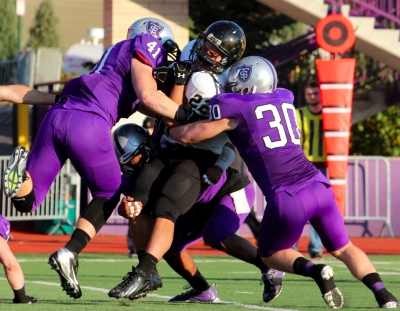 It’s difficult to generate an odd front conversation without the issue of two-gap football surfacing. The odd front is synonymous with two-gap play at the line of scrimmage. From Nick Saban’s system at LSU to Rex Ryan’s system at the Baltimore Ravens (just to name the more prolific examples), the odd front continues to be utilized to defend many of the run game concepts presented at all levels of football.

We’re aware that many defensive coordinators will find ways to corner an offense into third down to bring those exotic pressures associated with the odd front. But this study is not about that. It’s about living and dying in the odd front in run situations. We’re talking about first down defense, here. Because while it may be exciting to draw up those pressures with three down, the odd front purists that we researched have bought in completely to using this scheme. Our research consists of those coaches who use odd front structures in at least 75 percent or more of run-downs.

We asked these coaches why they use the odd front in run downs. Despite a myriad of reasons, we disseminated the top six frequencies in our research:

Benefits of the Odd Front Against the Run Game

This case will be centered on the varying methodologies between the two-gap and one-gap technique up front. We will examine the techniques associated with each including the circumstances in which coaches use them. We will begin our research with the play of the nose, but before we get into the specifics, we wanted to share some general research among defensive line play. 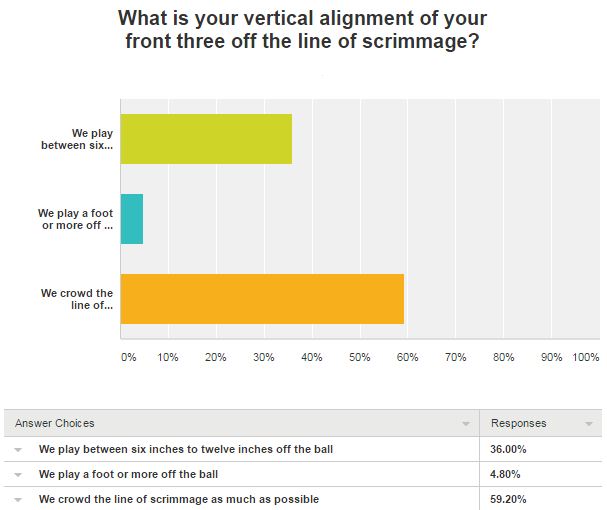 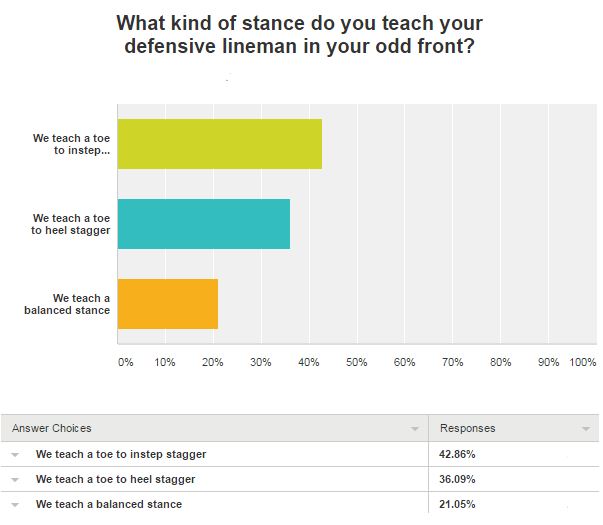 We wanted to present these issues because they continue to be hot topics among odd front coaches. We will present all methodologies and perspectives on these components, but the responses above were majority answers.

Play of the Nose Guard

There is no question that the success of the odd front is belied upon the success of the defender covering the center. Looking back at the most successful odd front nose guards in the history of football, Vince Wilfork (Patriots), Tony Siragusa (Colts), Gilbert Brown (Packers), Heloti Ngata (Ravens), one can make the somewhat obvious correlation between great defenses and great middle men. So we wanted to reach out to some coaches on how they teach the nose position, being that it’s so vital. Sure, this player may not attain the accolades, but these odd front coaches rave about him being the motor that makes the defense run. Perhaps Coach Pitman at Half Hollow Hills West HS (NY) said it best when he said, “Toughness must be both physical, but especially mental. He is in a position where he determines our success on defense, but will never get outside attention or build up any noticeable stats.”