Multiple Fronts in the 3-4 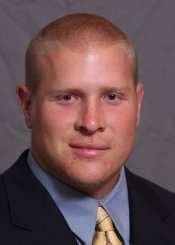 Editor's Note:  At 24 years old, Jason Thier became the Defensive Coordinator at The University of Montana Western in 2011. Prior to coming to UMW, Thier spent two seasons at Augustana College in Sioux Falls, S.D. In 2010, he helped coach the team to a 10-1 regular season record and the NCIS South Division Championship. In his young career he has coached five all-conference players and one all-region player, at both the linebacker and safety position. Thier played at Truman State University where he was a three-year starter at linebacker, earning All-MIAA Defensive honors his senior year.

There is no question that the game of football is in constant motion. It is a continual machine of change. Each year it seems like there is a new offensive scheme that is gaining momentum and earning the reputation of being unstoppable. It then spreads like a wild fire across the country, traveling with coaches from team to team, conquering the game one conference at a time. Because of this, defensives are forced to adapt and adjust to combat all the latest and greatest offensive trends. This process is cyclical: offensive minds come up with new ideas and defensive minds find ways to stop them. However, there is one thing about football that will never change: it is a game of numbers and match-ups. A team’s ability to gain the numbers advantage and create favorable match-ups has a direct correlation with their ability to achieve victory.

That is one of the main reasons why we have chosen to run a 3-4 defense here at Montana Western. It garners the ability to eliminate offensive mismatches and exploit match-ups of our own. It also gives us the ability to line up and adjust to all offensive schemes and formations. Being a base 3-4 team, we ran 46% of our plays last season out of reductions fronts (four fronts using a linebacker as the fourth linemen). It is the flexibility to move in and out of reduction fronts that gives the 3-4 defenses the adaptability to defend all offensive attacks. In order to be successful playing in reduction fronts we have to do a great job of teaching our linebackers to play on the line of scrimmage. This article is going to be two tiered; first I am going to focus on how we teach our linebackers to play on the line of scrimmage and secondly I am going to introduce you to the multitude of reduction fronts we use in an effort to eliminate mismatches.

anything else it must incorporate those three things. If a player is not comfortable in his stance, his first movement will be to get comfortable, creating wasted movement. Our goal is to eliminate all wasted movements. If the player is not in a low and powerful position to engage a blocker he is at a disadvantage to give up ground immediately on the snap. Last season we started the year with our linebackers using what we call a HIP stance when they were playing on the line.

Fundamentals of the HIP Stance 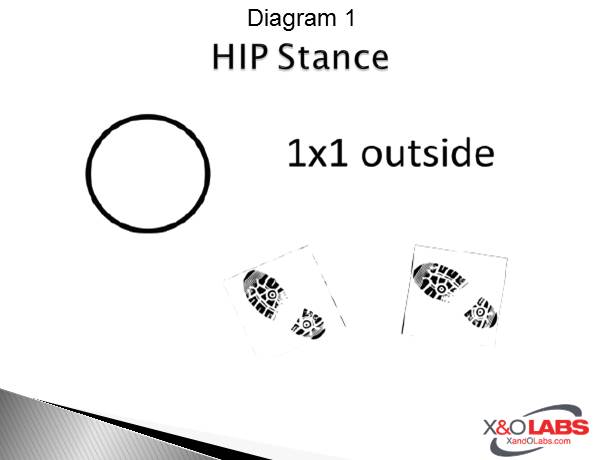 However, after our week four game we noticed that instead of stepping with the inside foot to engage blockers, our players were stepping backward with their outside foot to absorb contact. We also noticed that on the snap our guys were lowering their pads and repositioning their base. This indicated a lack of comfort and proper pad level. We then decided that we needed to make a change. We decided to put our players in a better position to be successful and to accomplish what was most important about playing on the line of scrimmage: being low, powerful, and comfortable. We then implemented what we refer to as the WAR stance.

Fundamentals of the WAR Stance 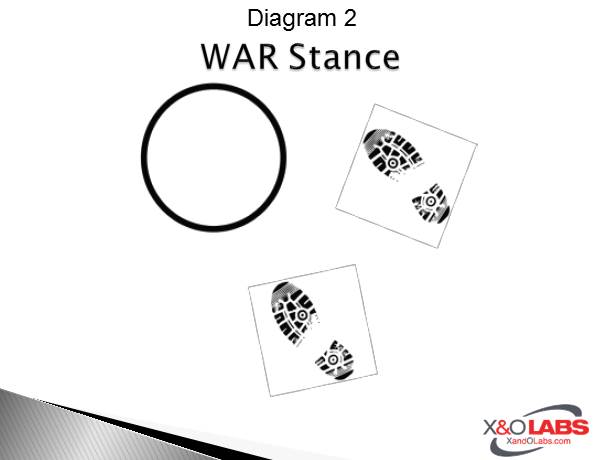