Manipulating Offenses with the Monster 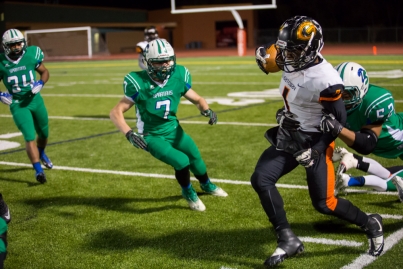 The 52 monster defense was first used at Oklahoma and led to great success.  This defense is a trap defense at its finest.  I use the phrase trap because the defense is not symmetrical.  There is a strong side with 6 players and a weak side with 5 players.  The 6th player that creates the unbalance is known as the Monster, we refer to him as the Mobster, but I’ll get to that later.  The monster is a hybrid type player, more of your traditional strong safety/rover, capable of covering man to man, and capable of playing in the box as well.  To an offense, it appears that you should attack the weak side of the defense, as there is one less man, but this is the trap, because the defense will usually slant or stunt to the weak side creating a balanced defense, 5 on the front, 5 on the back, with the free safety head up on the center, see diagram 1.  We still use the traditional 52monster with Cover 3 behind it, but when you’re facing the spread, the 5-2 is at a distinct disadvantage.  This led to us creating the 3-2 Mobster defense. 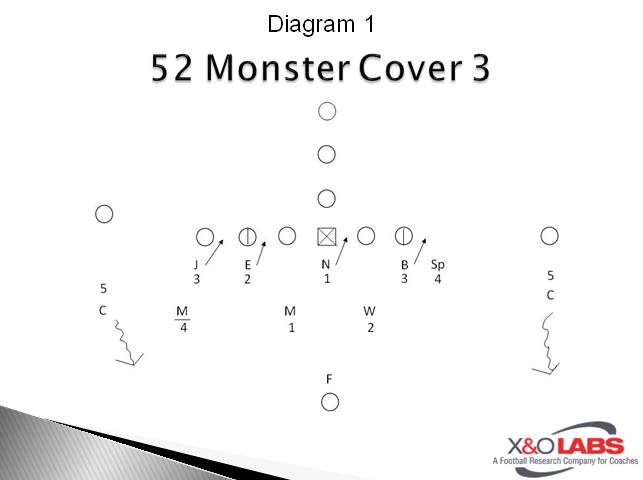 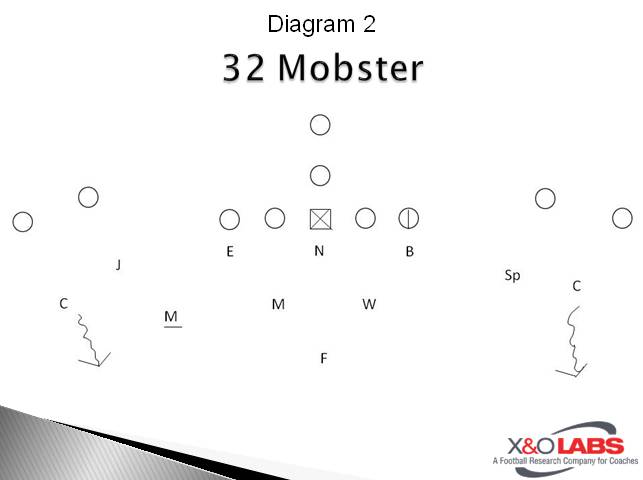 The 32 Mobster defense was developed as a spread version of the 52 Monster.  At its simplest, the defense is designed to do exactly what the 52 monster did, that is trap the offense into making a mistake and running into numbers instead of away from the numbers.  When you get further into the defense, the 32 Mobster is great at disguise, confusion, and my favorite, creating chaos.  Our base front is a 3-4 with the Mobster rolled down splitting the difference between the OLB/ILB but this is only a look.  The Mobster will always roll replace a LB.  We will usually play Robber coverage behind it.  And this is one of the many advantages of the system, as it allows you to get good at very few things, but window dress as much as you like.

If we are facing a traditional 2 x 2 spread set, when we play our base.  Our base will look similar to a traditional 3-4 box, except our Mobster will be lined up in between the ILB and OLB to the declared side. see diagram 2.  We are setting the trap with the Mobster adding 6 defenders to one side, and 5 to the other side.  From this location, one of the 2 will be blitzing, either the ILB or OLB, with the E, N, B slanting to the weak side, we call the weak side slant ‘whack’ for weak attack.  The mobster will replace the blitzer and play his appropriate gap from that location.  For example, when we give a weak slant call “whack” and the blitzer ‘Jackie’, the mobster will roll down, then stem to the OLB’s position, and play the force defender. See Diagram 3, Whack Jackie.  This creates our symmetrical defense.

This base look has a few goals in mind for us, first, we want to create confusion with the offensive line and the QB.  If you look at Diagram 3 and Diagram 4, you will see that we create different run fits, and reads for the QB if he is running zone read.  A lot of coaches are hesitant about changing run fits, but when you are slanting and blitzing those gaps, then it’s easier for the players; and the Mobster only sees those run fits when he rolls into that position, it doesn’t change for him.  Second, we will get penetration, maybe not every time, but when the ILB or OLB blitz, the line must pick it up, and we have x stunts that we will execute and this always causes the line problems, and we can dictate where the running back will cut if we are facing the zone read.  See diagram 5 for both x stunts and zone read dictate. 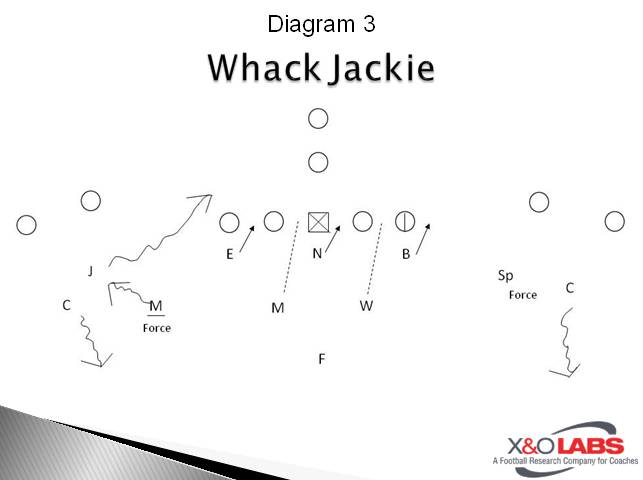 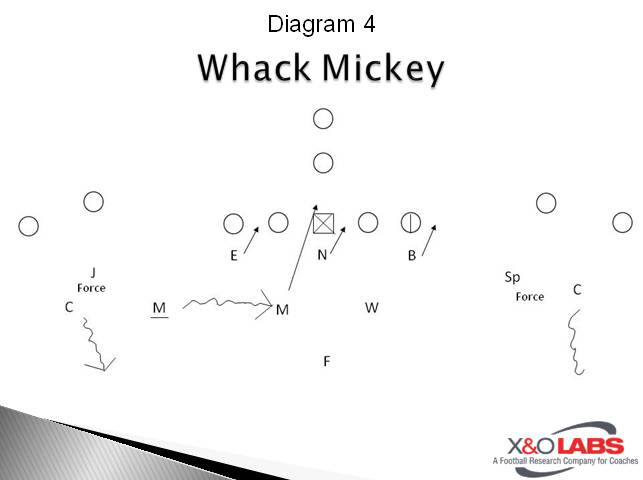 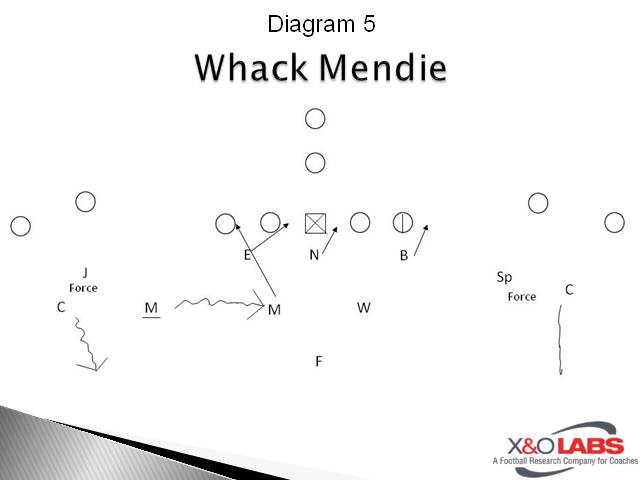