Defending Option and Gap Schemes with the Bear Front

I have been fortunate enough to play for and work under some great defensive coaches which has helped me develop my defensive philosophy. The first coaching job I received out of college was as a defensive line coach under a coordinator that based out of the 46 Bear. I spent two seasons learning the adjustments and nuances of the defense. Two seasons later, I was hired as a defensive coordinator and I have been using it since. Though it has never been a base defense for my teams, the bear has remained a mainstay adjustment in my defensive playbook. It is always in our spring and summer installations so that we can use it and rep it any time and not have to spend valuable practice time during the season to teach a "new" front.

The architect of the 46 Bear defense, Buddy Ryan, developed it to create an 8-9 man front and outnumber the offense, especially on the strong side of the formation. Originally the Bear was used in 4-3 personnel, since becoming a defensive coordinator I have based out of both even (4-3) and odd (3-4 and 3-3) fronts. Each front allowed me to get to the Bear front. As offenses have evolved the Bear defense has had less of place in most schemes, but we still see plenty of 21 personnel and other run heavy sets that the Bear is designed to stop.

At Snohomish, we base out of a 3-3 stack. Throughout the season, we will see several different offensive schemes, the 3-3 has allowed us to be flexible enough to adjust to the offenses we see. We have found that the 3-3 has been the easiest to shift to the Bear. This is mainly because the personnel and positions allow us to make the correct adjustments without having to teach to many different / new techniques.

Base Alignments for the 3-3 and the Bear

The charts and diagrams below list how we align in both our base 3-3 front as well as our Bear front. The whole purpose of using the 46 Bear is to get 8 or even 9 players in the box to stop the run, so I have listed the base alignment and run fits below. 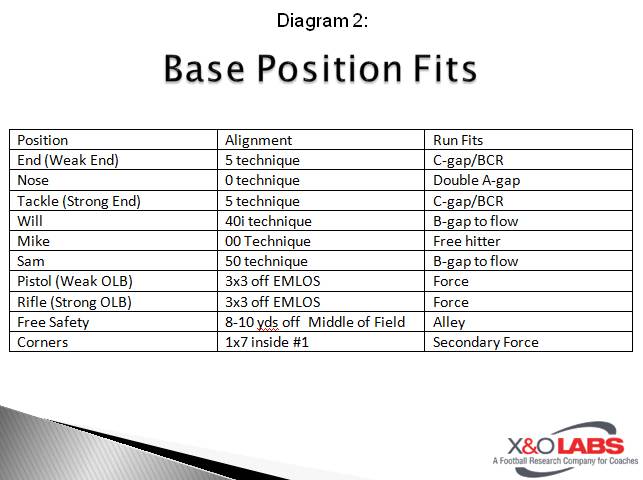 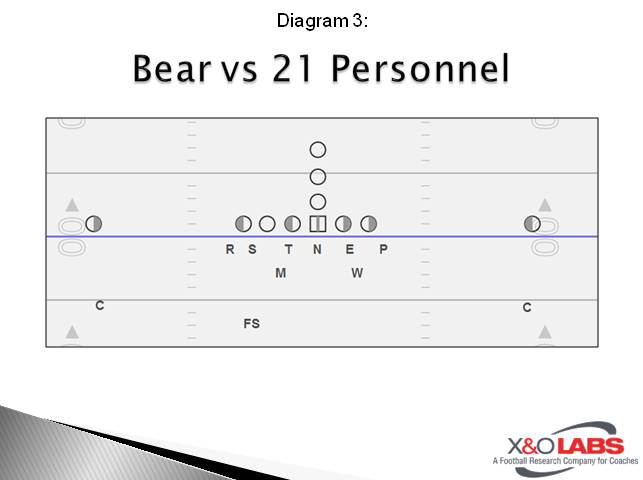 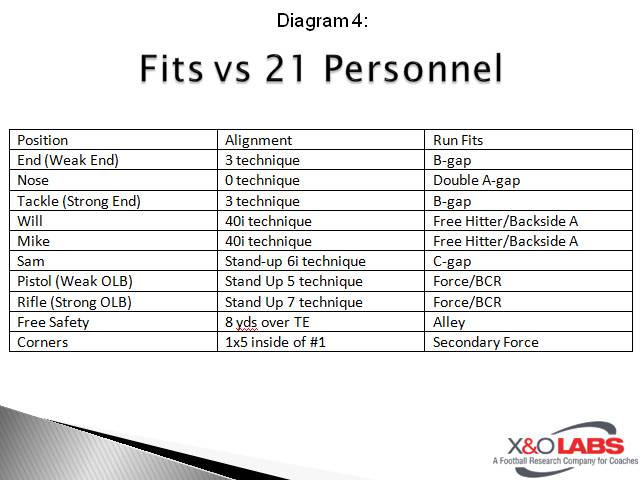 The alignments and assignments are similar for each position which keeps new teaching to a minimum. This allows us to be able to teach the basics of alignment and assignment without having to treat it like a different defense altogether.

The Tackle and End will play in a heavy 3-technique and key the guards block. They have two rules playing this position: