Editor’s Note: This research will be centered on defending the following personnel groupings:

According to our research, we have found that the majority of coaches, 73 percent will adjust with the front seven defenders, while nearly 22 percent will adjust coverage rotation. Only 6 percent will choose to pressure them. It seems that most Odd front coaches will stay in their base front and just move people over to account for the extra gaps presented by the offense.

We segment our research below into how 3-4, two-high defenses are fitting up the run game against the following formation structures. 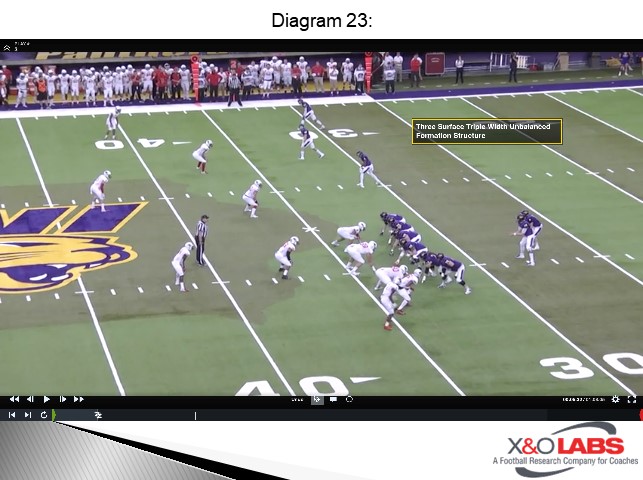 The first formation we will present our research on is the unbalanced triple width formation above. It’s a formation structure synonymous with perimeter run and pass concepts to the field side. It presents three eligible receivers and four possible gaps to the strong side of the formation.

Since it’s purely a one-back formation, there isn’t a significant threat to the boundary side run game. For this reason, Illinois State University defensive coordinator Travis Niekmap treated this as an unbalanced look and stacked the linebackers to the trips side. He also will bump the front to declare a new Center. 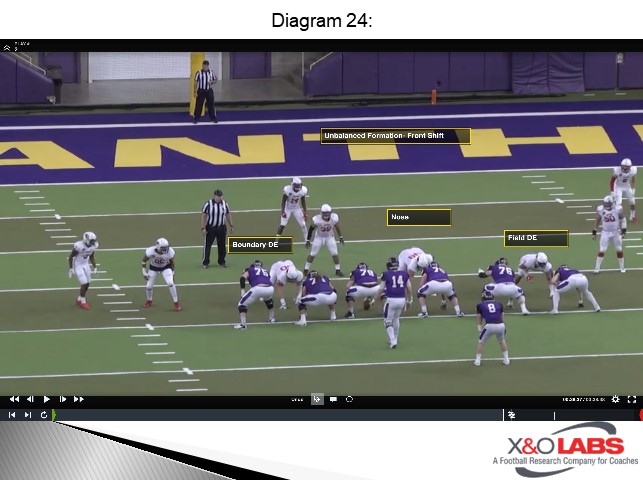 As evidenced in the clip below, Coach Niekamp will also slant the front to the heavy surface side. So, instead of lining up in their responsible gaps, the front seven will get there on the snap of the ball. The movement will usually cause problems for the zone run game synonymous with one-back formations.