Last year, like many high schools and colleges across the country, our program implemented the mint front into our defense as a result of the growing popularity of the spread offense.  As a first-year defensive coordinator, I was transitioning our team from a 4-man front to a 3-man front.  I like the Mint front because it only requires 3 defensive linemen.  As I coach at a small 3A school in rural Illinois, numbers, and size can be limited from year to year.  Other benefits of the mint front include the closed B-gaps, as well as the easy linebacker keys. 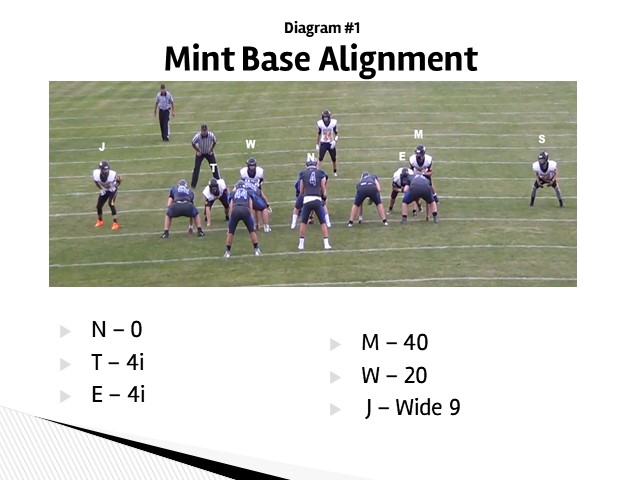 Starting in the center of our defense, the nose tackle lines up in a 0 (head up the center) and plays the “lag” technique.  Too often, interior defensive linemen can get washed down the line trying to cross face a lineman while attempting to maintain a gap.  The lag technique takes advantage of the center by allowing the nose to control the A-gap away from where the center steps.