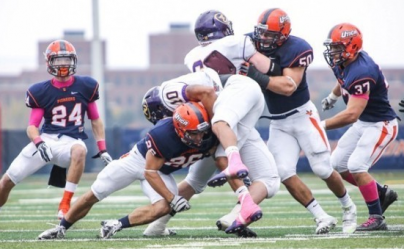 At Utica College we are a base 4-3 defense and run Cover 3.  Our philosophy is to have a base defense that is strong from the inside out keeping terminology consistent to allow our players to play as fast as possible  We align to the field or the formation strength if the ball is in the middle of the field.  We do not use the traditional “Strong Safety” but instead align two linebackers primarily in the box and one out in space rotating our weak side safety down to get us to Cover 3.  This is the first way we teach our players to get to an 8 man front. 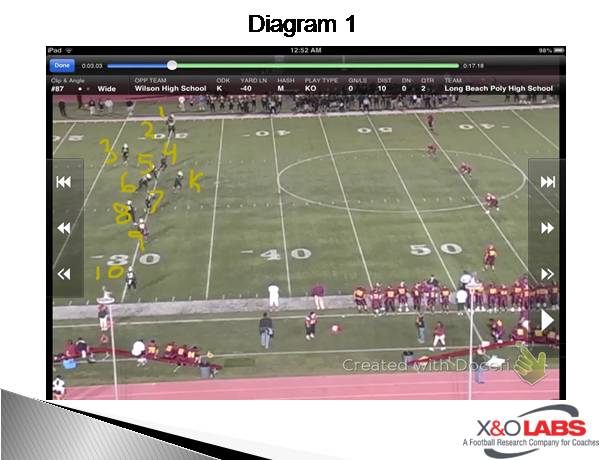 When installing Cover 3 with the linebackers and secondary we stress their run fit and knowing how Cover 3 works against the run.  We have words that tell the players what their run fit is and this run fit tells them their pass responsibility.  When we say 8 man front we want our players to picture two “Force” players, two “Fast” players, two “Secondary Contain” players, and one “Alley” player.  The outside players are working the ball back inside and the inside players are working the ball outside. 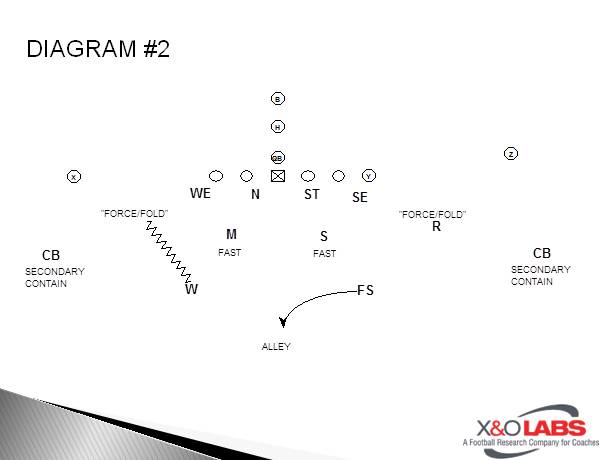 In our base defense we adjust our linebackers alignments to 3x1.  This is common to do while running Cover 3 to help since the alley for the runner to hit inside of the force player can be displaced by the receiver’s splits. 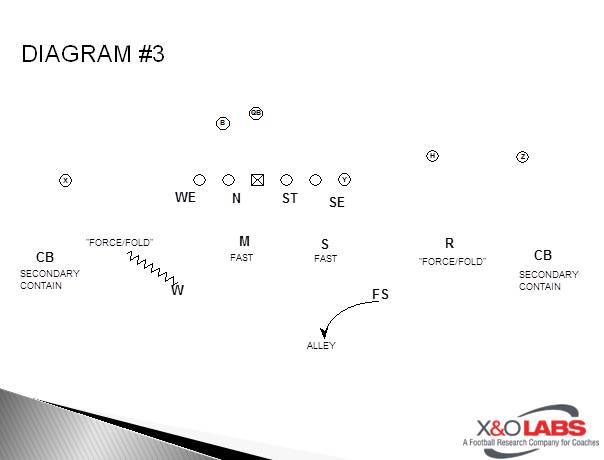 It is very important for the players not only to know their run fit but know what it means.  The run fits stay the same but the players performing them can change as we start to roll to Cover 3 different ways.  The run fits also stay the same when we are running our 3 Under 3 Deep.  Since we keep the run fits consistent in the majority of what we do this gives our players less to think.  We, as many other teams, want our defense to play as fast as possible and teaching run fits this way in the 8 man front has allowed us to do that.  The following list of words and definitions is what we show the players at the very beginning of camp.

-RUN TO- Make the tackle or turn the ball inside

Fast  Flow to: Attack the ball and make the tackle, attack any lead blocker with inside shoulder keeping outside arm and leg free (outside leverage)  “Forcing “ the ball back inside.

Slow Flow to: Stack on DE keeping shoulders square having the ability to play from the outside in, waiting for the ball to commit to the line of scrimmage.  Play the ball if it bounces outside or fold downhill into the formation if the ball hits inside.