One of the perceived weaknesses of playing a 4-2-5 defense is the extra safety type body that it requires, as opposed to a bigger more physical linebacker that a traditional 4-3 or 4-4 utilize. This additional safety type can make defending a big power-run based offense, challenging. Most run heavy offensive coordinators will salivate when they see 5 defensive backs on the field. We as a defense want to have simple alignment rules and reads in order to allow us to play fast and efficient. We also want to matchup with all offensive personnel without major changes to our defensive personnel. We have three adjustments that are simple adjustments used mostly against 21, 22 & 32 personnel. Two of those are formation based adjustments that are worked throughout the summer and preseason and one is a personnel driven adjustment. 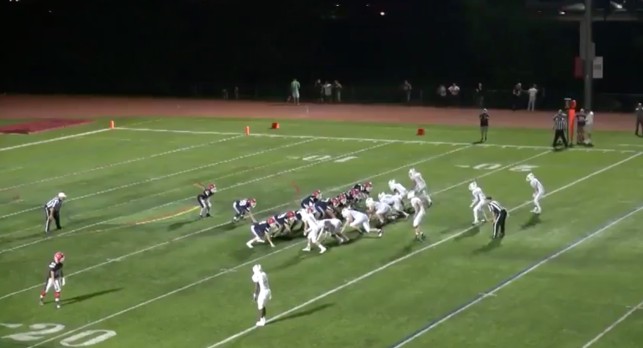 We are a Base 4-2-5 defense that plays predominantly an under front with the strength of the secondary going to the field, or passing strength. Our Sam (Overhang), SS, and Mike all travel together, and our FS and Bandit (weak side Middle LB) travel together. 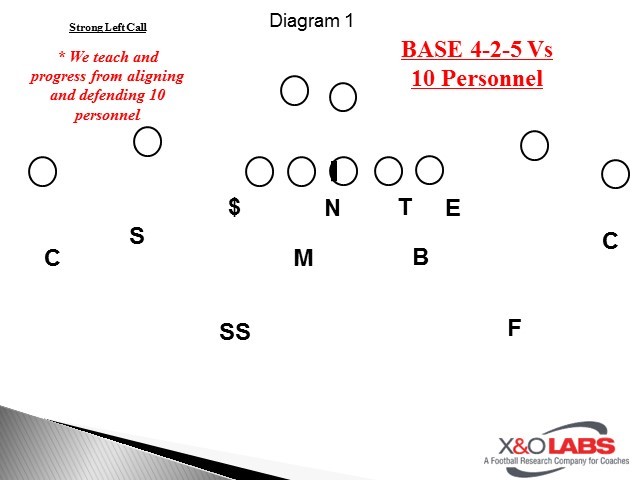 Verse traditional 21 personnel we like to keep our under front and walk up the Sam to what we call a BFF (Bang, Force, Flat) technique. He is in a two point stance -outside eye alignment off the TE, with outside foot back and hands in the holsters. This technique is part of the Sam’s everyday drill work. He must be able to collision (bang) the TE and force the ball while redirecting to the flat if pass shows. The FS, who is our down safety to the boundary, also works BFF since he will be in that technique vs Double Tight, at times. 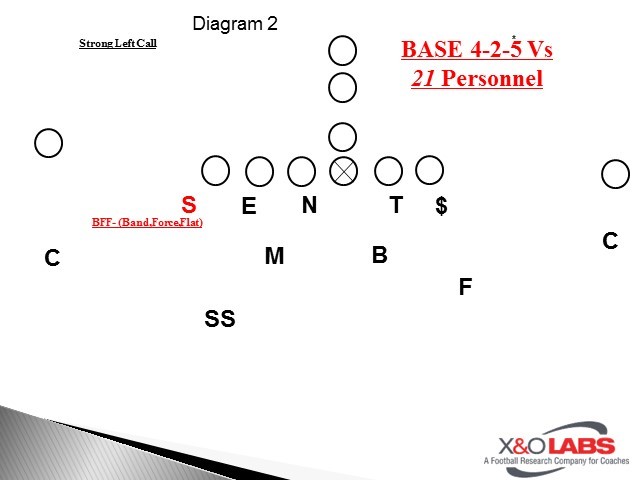 Our philosophy to stop power heavy run teams is to get them into 3rd and Long situations. We accomplish this by:

The most basic alignment vs team that uses at least one tight end and 2 or 3 backs is to be aligned in a 6-2 defense that was prevalent at the HS level until offenses became more multiple, diverse and pass capable. While we do occasionally align in this it is not the ideal alignment for us in our 4-2-5. 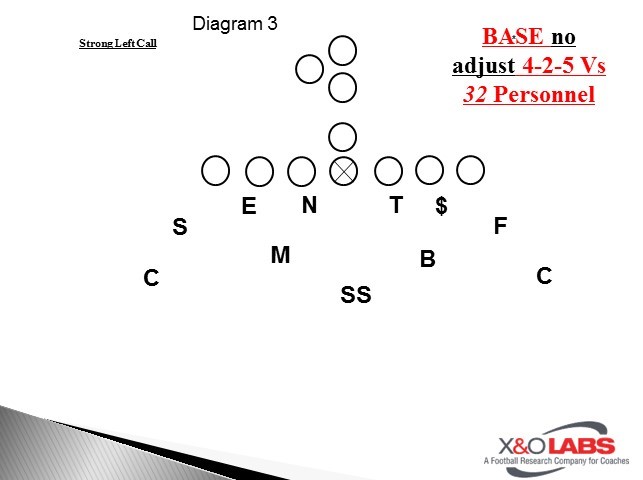 Clip #1 shows our Base call alignment vs 32 personnel. We only call this if we lock in a base call to our defense in certain situations.